However, in the wake of the horrific announcement made last Friday regarding the release of Adam Sandler’s latest film Jack and Jill, we feel that such a silence can not longer be maintained in good conscience.

confirms ___ as one of America’s most ___ authors: this is the third book by an author you’ve never heard of.

darkly funny: the word cripple appears more than once.

dazzling: the writer has an MFA from a top 100 program.

deft: the writer has an MFA from a top 20 program.

disappointing: the author slept with my spouse before we were married.

epic in scope: the author needs a better editor.

flawed: this book is similar to the book I was planning to write.

August 12 How Much Do Interns Earn? – Alex Shephard

Up until now, most of Amazon’s bad press came from people inside the publishing industry, people who dealt with Amazon as a corporation rather than people who dealt with it as a store.  Amazon is very, very good to their customers and even if the customers were aware of Amazon’s shady business practices, the victims seemed like entities (governments unable to collect taxes, bookstore chains going out of business, publishing houses getting strong armed) not like people. Now, Amazon is hurting individual humans, who probably resemble the humans that buy from Amazon.  For the first time, Amazon could be seen as hurting their own customers. This perception of Amazon as an aggressor against people not just companies might not catch on – I hope it does, but that hope is dim. 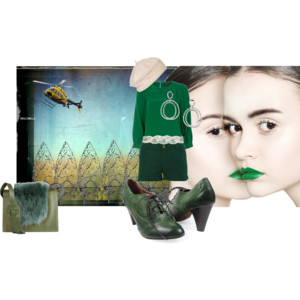 October 25 We were young, it was beautiful –  Helen Stuhr-Rommereim

Boym writes “Nostalgia is a rebellion against the modern idea of time, the time of history and progress. The nostalgic desires to obliterate history and turn it into private or collective mythology.” It has the counter-revolutionary quality of stopping time and framing the past, just when forward movement is most important.

Around the time Zizek was talking to occupy Wall Street, I was sitting in a dark movie theater thousands of miles across the ocean in Egypt, watching tear-jerker documentaries of the 18 day uprising that ousted Hosni Mubarak, one after another at the Alexandria Film Festival.  Most of the films were made in the late spring of this year, only weeks after the end of the uprising. Most present the same story: a glorious build-up of protest, outrageous lies from state-controlled media, hilarious and inspiring chants, culminating in a heartbreaking moment of victory for the masses. And as Egypt post-January 25 becomes less and less rosy, watching such films feels not just painful, but painfully unhelpful and unproductive.

“We were young, it was beautiful,” and it only happened a few months ago.

October 27 The Presidents of the United States of America, Sorted Into Hogwarts Houses – Alex Shephard

December 20 The End of Iraq and Innerlichkeit – Scott Beauchamp

And so keeping all of this in mind, let me make a real ass out of myself by trying to predict the future. I think that the art, especially the writing, that comes out of these wars, experienced by about 1% of 1% of the country, misapprehended by many more, and, now, ignored by a majority, will along with the political disaffection and economic dislocation of the returning soldiers, create a less outward looking art. There won’t be as much Liberal or Radical reexaminations of the sociological guts of this thing or political finger pointing. Nope. No Catch-22s or All Quiet on the Western Fronts. Instead, I think there will be a profound collapse into oneself. A folding in. Less a retreat than an avalanche or cave-in. A turn inward against a world that, even worse than just not caring, has no way of understanding.

Germans had their own similar period (1870-1933) when a term that’s kind of difficult to translate dominate art and culture. Innerlichkeit, a tendency to withdraw from or be completely indifferent to politics, instead seeking almost revelatory knowledge inside the subjective experience. The inner world being more ‘real.’ I think the best example of war writing in this vein is Storm of Steel, or Stahlgewittern, by Ernst Junger. In it, war becomes, not a confluence of political forces and personalities, but instead a sublime, mystical, and idiosyncratically individual experience. He’s all about the elevation of war to a completely internal event. And in its way, it’s a pessimism that can only truly be understood outside of itself, almost by definition.

I make this prediction because I fight against these tendencies in myself. I know, that’s a very American reason to reach a German conclusion, but there it is. And so here’s another 1%, a forgotten minority, alienated from the rest of the generation, lost and apart. The war is over, a few of my friends are dead, and I never really wanted a parade anyway.