Open World: What Skyrim Taught Me About Unemployment 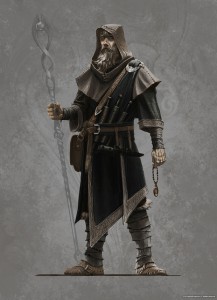 It was just me and Skyrim. I had not stepped outside for five days. There was no pavement, no train to catch. Just a series of missed calls, a tall pile of dishes, and a dragon needing to be slain.

Life’s routines drifted past me. My days would begin around 1 or 2, when the sun briefly flickered through my apartment’s north-facing windows. My days would end when I was tired enough to retreat to my bed for another period of untimed slumber.

My eyes melted under constant lamplight and glowing rectangles. My lungs gasped for real air. My body craved a change in temperature, or risked slouching into delirium. I was frustrated with my unemployment, and I was taking it out on myself.

I quit my job a week before I bought Skyrim. I was working as a cheesemonger at Whole Foods. I thought, if my nine-year-old self could only see me now. Cracking open wheels of Parmesan, I felt my childhood dreams cracking along with them. I was nine when my mom pleaded with me not to become an artist—”Picasso didn’t get rich or famous until after he died.” I swear I never dreamt of being an artist again. Now, there I was, rewriting history, convincing my nine-year-old self to follow his dreams, to be creative, and succeed in doing so.

As the world around me crumbled for five days, Skyrim showed me another world was possible. For so long, I had clung to the traditional economic model of getting a “job” and sticking with it. But the joy of Skyrim lay in my ability to direct a career path — my ability to freelance. Whether it was thievery, alchemy, smithing, or treasure-hunting, the opportunities for profit were endless. Skyrim is a testament to the freelance economy. It dawned on me: why couldn’t I make this work in real life, too?

I have no fantasies about going into a Marriott and asking the concierge for odd jobs. But not having a boss, working from home, and setting my own hours seems like a good place to start. I have always had misgivings about the traditional job model in American society. For everything else in life, there’s a shorter option. If you want to live in a new city for a few days, just a find a hotel. If you want a relationship for a few days, just find a bar. But a means of making money for a few days? Outside of sketchy Craigslist ads, are we really this limited? 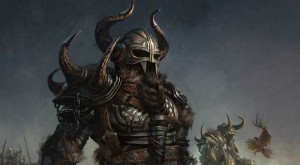 For as much as we brand ourselves as commodities, we tend to only think of ourselves as useful when connected to a power source — a “job.” Once we cede that power away from employers, and back to ourselves, we can then start to realize our true value. Rather than reducing our value to a sum of profitability, we can express it in other ways — intelligence, benevolence, innovation.

Freelance economy certainly has a strong place in society, and its rise has been well-documented. Nearly one-third of this country’s workforce is comprised of independent workers. Despite that, these 42 million workers are left without the protections and benefits that “traditional” employees are afforded — no health insurance, no unemployment insurance, no protection from race, gender, or age discrimination. For freelance workers to thrive in our economy, we need to revise our conception of not only employment, but humanity.

“Throughout Western Europe, provided you’re a citizen, you have a safety net because you’re a person, not because you’re a worker,” writes Sara Horowitz, founder of Freelancers Union. In contrast, the U.S. conceptualizes the social safety net in terms of jobs — long-term, full-time jobs. Our economy places weight on being “employed” in the traditional sense, making the road for freelancers a perilous one. Unemployment benefits are given only to those laid off from a permanent position, and health insurance goes only to workers with employers who choose to provide them.

This central concept of employment has only crystallized recently, with the New Deal, and the 40-hour workweek. Not long ago, there were other ways to make ends meet. We were farmers, growing the food needed to feed us, building the houses required to shelter us. In other words, we didn’t work for anyone but ourselves. Nowadays, if we tried to live so simply, we would violate health codes and zoning laws.

The basic freedom to make it on our own — a concept so embedded in the spirit of this country — disappeared with the construction of the modern-day “job.” The cowboy, once a representation of our independence, is now celebrated only as a relic of it.

In the end, it’s still up to me. Life is what I make of it, and I really can kill a shopkeeper and pawn off his belongings. I really can make a living pickpocketing on the street. I choose not to because I have better things to do. Like figuring out how to live on my own terms.