As Far as We Can Go 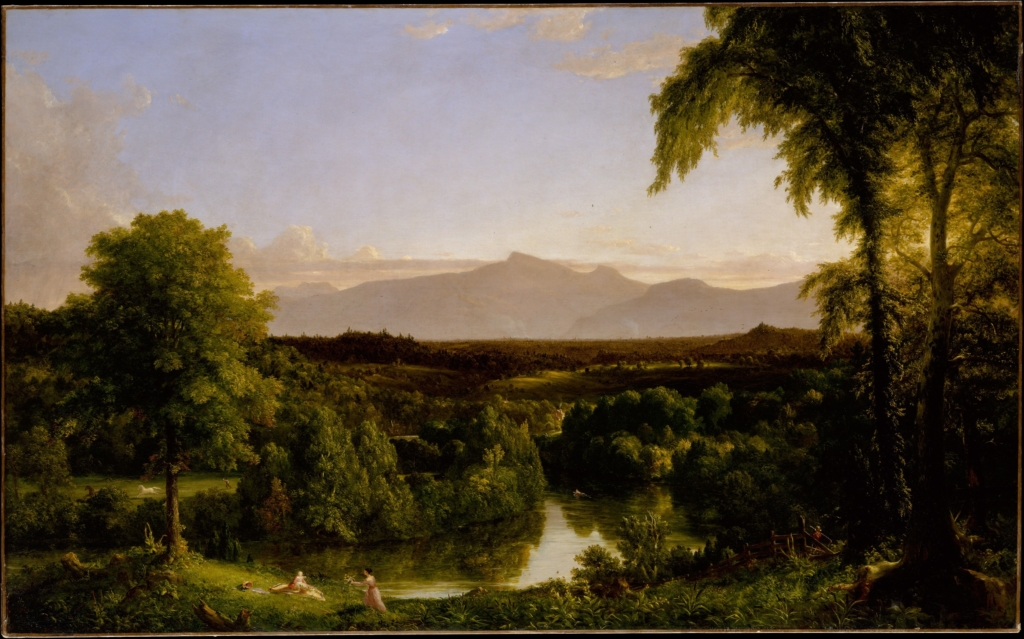 I.
Not long ago, a friend sent me a video of an August 2015 solo session that Oliver Kalb (aka Bellows) did for WKNC’s series The Lounge. In the video, Kalb sits on the floor, knees folded beneath him, a golden guitar in his arms. Behind him is an emerald blue wall covered in band posters, and before him, a mic-stand, folded, nearly doubled over. Kalb must lean only ever so slightly forward to croon into the cold, metallic mesh. Kalb is delicate and in a mustard shirt, which is to say he and that golden guitar make the perfect pair.

Bellows belongs to the Brooklyn based collective The Epoch is Now. The Epoch bands share members as well as a sound that has its origin in DIY-bedroom-post-punk but which moves towards pop of the purest form. NPR’s Bob Boilen called member band Eskimeaux beautiful in a “lighthearted, almost childlike” way and AdHoc has characterized the collective’s songwriting as “highly personal.” Tenderness is characteristic of the Epoch; however, as often as the collective turns inwards, it looks out towards established artistic and emotional landscapes.

A Bellows fan, I relish the breathy renditions in the WKNC video, but it is the last song, “Thick Skin,” that I find particularly affecting. (A studio version will be on Bellows’ forthcoming Fist and Palm.) It’s a torch song for vulnerability, and its hook — “I’ve grown so thick skinned lately/but I want to cry” — first expresses a frustration with an inability to see past oneself and then suggests that crying is a means by which to admit powerlessness. Skin is after all just skin no matter how thick, and the notions of fundamental apartness and absolute control are more painful than liberating. But the hook is where the song’s force begins not where it ends. The song alludes to already established sounds and poetic images in order to become an exploratory exercise in reconciling the way in which an individual is both part and apart from the world at large.

II.
“Staring out your car window, I feel my size,” Kalb sings at the beginning of “Thick Skin.” From the passenger seat, he watches “the Hudson balms, the Catskill gulf steam” pass by — inconceivably present, unbelievably there — and, for a moment, Kalb is aware of his body, of himself, in relation to the mountains and the river. He’s looking out the window, but he’s aware also of the person sitting beside him. “I knew your fullness from that start, and felt your size,” he sings. The Hudson and the Catskills resound but his sense of them — and of himself — isn’t separate from the person beside him. This awareness extends further; and, to express the landscape’s force, Kalb draws on other voices, echoings.

In a 2014 interview with Funeral Sounds, Kalb cited the music of the cerebral, lo-fi, favorite Phil Elverum (The Microphones and Mt. Eerie), with its mixture between “quiet and grandeur,” as a primary influence. This influence in “Thick Skin” is clear. Kalb’s engagement with Elverum is deep — and we’ll get to that — but on my first listen it was the superficial similarities in phrasing that reminded me of “I felt my size” and “I felt your shape” from “The Glow” Pt. 2.

“I felt my size” recalls a series of experiences — feeling the coldness of a cave and the warmth of a fire, watching cars speed by on the highway and a painfully bright sky. The memory of these experiences join as the song climaxes: “I recalled my fire, and my lack of dawn, my one sided warmth.” The drums mount like thunder rolling in and another voice — a woman’s — joins Elverum to sing: “I’m small, I’m not a planet at all. I’m small, I’m small, we are all.” They are frustrated, joyful, resigned to being a miniscule part of the whole.

“I Felt Your Shape” is similarly preoccupied with how to understand a single body within a landscape. A love song, it begins by acknowledging how distant a lover feels. Atop a gently played guitar, Elverum addresses a lover: “I thought I felt your shape, but I was wrong…. it was dumb, I had no sense of your size.” This sense of distance disappears “on your birthday in the kitchen” when:

I felt your shape and heard you breathing

I felt the rise and fall of your chest

I felt your fall

I felt it all

The body of the lover becomes landscape, and landscape becomes body; the breath becomes a blow and the body’s movement and its’ heat become lava. The body is the landscape and the landscape is the body. As Elverum’s awareness expands, the distance between self and lover, lover and world at large — and so between self and world — disappears. For a moment, Elverum feels it all. The scene on the kitchen floor has been overwhelmed by scenes from the natural world — terrifying, beautiful, unknowable.

Elverum says “feels size” and “knows shape,” to articulate an awareness of body, self, within landscape. Kalb borrows this language to express versions of this awareness in “Thick Skin.” Making reference to Elverum, Kalb does not simply echo Elverum, but rather engages in an intertextual game of reinterpretation and conceptual expansion.

III.
“I’ve grown so thick skinned lately, but I want to cry;” Kalb longs for irradiation of distance, a cascading awareness. How frustrating it is to feel separated from the world, barred from it by the fact of your skin, when other times you’ve had a sense of that deep, blue, bottomless soul, pervading mankind and nature. How thrilling it is when, having swam to the middle of a lake or climbed to the summit of an island mountain, you feel it all—those strange, half-seen, gliding, beautiful things that elude you.

For Kalb, crying — like intertextuality — is a means by which to eradicate the barrier between himself and the world; crying destabilizes the boundary between interior and exterior and is a means by which to admit vulnerability. Elverum’s song “No Inside, No Out” sets a precedent for understanding the boundary between self and other as porous. “The world is in me, and I am in the world,” Elverum sings, and I imagine being transfixed before the mirror. That’s me, that person is me. I open my mouth — “my teeth are the visible bones, in my mouth of invisible songs” — and open and close my eyes, watching as my pupils change size. “Because the pupil of my eye is a hole, there is no inside and no out.” The mouth and the eye are windows into a porous body, gateways to the porous world and crying serves as both an embodiment of and an acknowledgement of how porous we are.

It is through a mouth full of teeth, wetness, and the potential for song that the ideas, the images, the language adopted from Elverum travel. These elements mark the distance between self and other and their invocation by Kalb is simultaneously a means of acknowledging that distance and bridging it. To sing in such careful response to another is a means to extend and to blur the boundaries of self — to contain multitudes and to expel one’s breath into the world at large. Echoing Elverum allows Kalb to suggest another solution to the problem of how to conceive of the distance between self and other and how to bridge it; the act of crafting a song with such intertextual elements is a means of blurring the boundaries of the self and of understanding oneself in relation to a whole.

IV.
During the winter of 2014-15, I was living in a house and then an apartment in a small town in the Hudson Valley. From both it was possible — it was just a matter of persistent imagination to believe that it was possible — to see the Catskills and to hear the Hudson. If on a clear day you went down the hill and stood on the bank of the river or in a great expanse of field, you could watch as the mountains revealed themselves: the images of individual trees appearing, before coalescing, once again, into a dark mass.

On those winter evenings — after I had made my dinner, done my reading, and taken a shower — I would tromp over to the drafty house where my dear E—, who I was just getting to know, lived. We would sit on her bed and watch Twin Peaks, a TV show filled with nothing but suggestion, and then I would go downstairs to make sure the door was locked, and she would turn off the light. The wind made noises. The room, the bed, the sheets — everything was cold. We’d fall asleep easily but wake periodically in the night. In the dark, she’d tell me about her dreams; how strange they were, she was, and how beautiful.

In “Thick Skin” Kalb sings, “I saw an ending in your face, your bed at night.” “Thick Skin,” is from its first lines about being beside someone and being aware of oneself and the world at large in relation to them. Midway through, Kalb asks “So will you hold me close,” and then with his voice breaking, “and open your arms.” It is in moment of exceptional openness — like those that occur with a lover, in nature, in the presence of great art — that we find ourselves the most alone, the most a part of the world. The sensations are simultaneous, and it is only through their contrast that we are aware of either. Kalb keeps singing, “I want to feel you missing,” his voice cracks again, “to feel your warmth.”