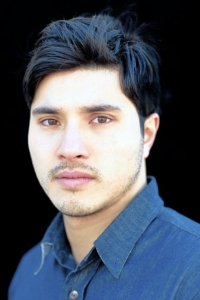 Alex Gilvarry’s first novel, From the Memoirs of a Non-Enemy Combatant, was published last year and was recently released in paperback. We interviewed him about that book last year. He recently announced that he is retiring from writing fiction.

Not really. I’m writing a new novel, it’s my second. When I sit down in the chair lately I experience extreme amounts of stress which has led to chronic acid reflux, so says my gastro guy. I’m healing the stress and the reflux with yoga and Prilosec. Instead of coffee, I keep a bottle of Mylanta on my desk. These are the writer’s tools.

It would be wrong for me to say that I’ve ever experienced real poverty. I never have. I did quit a job when I was writing my first novel, but that was by choice, and I had built up some savings in order to do so. I did an MFA at Hunter College, which was cheap enough to put on a low-interest credit card, so I never got myself in over my head. Nathan Englander was my teacher there, and he said something to me once that stuck. He said that when writing “Always remember how far you are from the street.” He meant the actual street, to ask yourself will I ever end up sleeping on the street because of what I’ve chosen to do? Of course not. This could never happen. Because I would chose to do something else for a living before this ever happened.

I’m trying to think of the last writer who died in poverty. And even then I’m not sure writing was what did that person in. It was more likely alcohol, drugs, gambling, some vice they should have taken in moderation. Since a good majority of fiction writers today come from the middle class, I think the more prominent tradition seems to be the writer retreating to his or her parents’ home to complete a larger work. Fitzgerald wrote This Side of Paradise back home in St. Paul, Minnesota, after he flunked Princeton. Norman Mailer moved home to write a long novel that he could never publish — this was before The Naked and the Dead. I have a few writer friends who had to do the same to get a novel done. None of this is really poverty. It sucks, but it’s not like living in East New York.

The best contemporary example I can think of would be Denis Johnson’s Jesus’ Son. Those stories come from a place impossible to replicate. I attribute this to Johnson’s personal circumstances. He’s written essays about addiction, about wandering in his youth, and so when I look at those stories in Jesus’ Son they can at times feel so true — almost a confession of the author’s life, and of course I know they are fiction. There’s an intimation of truth that you get from the stories themselves. I get the same sense when I read Grace Paley, Sergei Dovlatov, Leonard Michaels. I think these writers wrote about the truth of their condition — socially, economically, emotionally. And there are writers doing this today who give me the same chills. Rivka Galchen, Said Sayrafiezadeh, Tea Obreht, David Bezmozgis.

Yes. Outside of literature, other’s success in various art forms tend to inspire me. Film, art, women’s tennis. But learning about high sales numbers on another novel doesn’t inspire anything. Every writer who hasn’t established a wide readership and is approaching 50 must be envious to a point. As you go along in this business you learn to deal with it better. The trick is to not let it make you disgruntled. You must cleanse yourself of all this nonsense and get to work. Because you can’t write envious. But my therapist tells me you can allow yourself to feel it, and that’s “healthy.”

I think about quitting fiction constantly. Stability is something that I very much want. In my twenties I didn’t really think about it. The thirties are different. When you do a first novel like I did, all your money, all your hours go into writing. You take big risks. Some of us leave behind promising careers to take this chance. I always thought of writing a book like producing a film, one has to fund it somehow, and it’s a big gamble. Anyone shelling out eighty thousand dollars for an MFA is placing a pretty big bet on their future. After From the Memoirs of a Non-Enemy Combatant came out, I realized I couldn’t write every book as if it were a gamble because that would kill me. So now I’m on a search for staking out a more stable life. I’m not just talking about money, but structure, community, family, whatever one needs that the writing life cannot provide. I don’t have any other marketable skills that are equal to what I do as a writer, but I’m sure I could learn them. I’m a pretty practical guy, I think. If fiction fails me, and I’ve always known this to be a possibility, and it will never cease to be a possibility, I’ll find something else.

I think every writer who released a novel last year and wasn’t on the New York Times 100 Notable Books list would name that as a disappointment. I mean, they pick a hundred for fuck’s sake. Throw us a bone. But having your hopes dashed happens daily as a writer. It comes with the territory.  I’m sure if I’m ever up for an award (I’m not, but if I were), my hopes would be dashed. Every time I submit a story or pitch an article and it doesn’t take. Dashed. Every story that doesn’t get finished. Dashed. The business of writing is contingent on the tastes and judgment of others. Editors, critics, Oprah. Again, we adapt to tune it all out.

No. I think the U.S. could have more affordable benefits for those of us who choose to work outside of the corporate structure in order to sustain a living. That’s why I wrote most of my book in the great state of Massachusetts. For the health care. I’m traveling in Argentina right now where they just passed a writer’s pension for authors. Imagine, writing fiction in a place where they consider it a real job, and you a get pension at the end of it. Of course, Argentina has bigger problems to handle, but it’s a nice idea.

I wrote a novel about the legal no man’s land of Guantanamo Bay and the men who fall through the cracks of this system. When Non-Enemy Combatant came out, a reader who worked for the ACLU wrote me a letter after the publication and said that I was doing something that he had been trying to do for years, which was to get people to read about Guantanamo. That was pretty meaningful for me to hear. Now the strongest emotional reaction by me from me? In the writing of the book I think I made myself cry a few times, particularly at the end. It was sad what I was doing to my protagonist.

I wish I could just say “9:30 AM,” but it’s probably once I’m sure about the story I want to tell. Like 98 percent sure. This means I’ve developed a coat of armor for myself, a place so fictionalized that I can talk about everything I want to talk about, no matter how personal. Then let the crying begin.