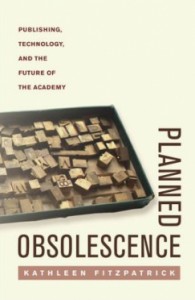 In a speech given at the University of Illinois in 1962, the American architect and polymath R. Buckminster Fuller spelled out an eerily-prescient vision of the technological innovations which were bound to revolutionize education, precipitating the birth of a ‘world-around’ society. “Simultaneous curricula are obsolete”, he proclaimed,

Under the conditions of electronic media, our dysfunctional educational practices would be revitalized and reoriented to the needs of individual learners. Fuller imagines a complex system of ‘directly-beamed’ two-way television signals, whereby each home would communicate with a central library of videos; obviously the architecture of what we now call the web ended up taking a slightly different form. But the imperative that it has seemed to embody for the past couple of decades of its startlingly-rapid proliferation surely retains some of the flavor of Bucky’s prognostications: “We must make all of the information immediately available…”

Bucky’s vision should be familiar to us. The cyberpunks reinterpreted it in the maxim that ‘information wants to be free‘. Attributing the catch-phrase to Stewart Brand, erstwhile Grateful Dead lyricist John Perry Barlow argued in a seminal Wired essay that for most of human history, “property was the divine right of thugs.” This was also Bucky’s view of the etymology of property: “deeds to land evolved from deeds of arms.”

It’s getting harder to argue against the intuitive sense of visions like these. In light of the massive corruption endemic to current educational institutions, how can we fail to imagine along with Fuller the situation in which our children would “be able to call up any kind of information […] about any subject and get [the] latest authoritative TV documentary [answering their] questions and probings [with] the best information […] available up to that moment in history.” Which brings us to the more practical dimension of the matters in question: how can we as researcher-communicators, denizens of the info-programmatic nichespaces constituting our new, widely-heralded ‘knowledge economy’, begin to realize the mostly un-leveraged opportunities afforded by contemporary technologies of information-distribution?

For some clues, check out, if you haven’t already, Salman Khan’s new virtual academy, where you can learn basically whatever you like, as far as basic science goes (and now also programming) for free. Or browse the archives at Arxiv.org, an open repository of scientific papers hosted by the Cornel University Library.  Or consider the Harvard Library Committee’s recent, widely-publicized announcement that it would be unable to sustain its journal subscriptions due to the exploitative practices of “certain large journal publishers.” We are in the midst of a sea change in scholarly publishing practices. This is the context -partly techno-utopian, partly bureaucratic-pragmatic- in which we should carefully situate Kathleen Fitzpatrick’s Planned Obsolescence: publishing technology and the future of the academy, recently published by NYU Press.

It’s certainly no secret that the status quo of the scholarly publishing economy has been a straight-up racket for some time now. In an era that’s seen popular print publications scramble to find ways of remaining viable, scholarly publishers have been quietly raking in a windfall. In an article in The Guardian last year, George Monbiot laid out the sickening statistics: while digitization dropped the operating costs of publishers (although we should probably anticipate some sort of counterargument to the effect that ‘we did build that’ digital communications infrastructure) they brazenly jacked up their prices; in some cases up to “100 percent each year for the last ten years.”  The resulting profit margins -approaching 40%- create a situation that Monbiot rightly calls “pure rentier capitalism: monopolizing a public resource then charging exorbitant fees to use it.” Harvard’s plea to its faculty that they consider not blindly handing the fruits of their labor and privilege over to such an exploitative industry may indeed indicate something of a turning point, but until something more practical about the situation changes, libraries like Harvard will continue to fork over up to forty thousand dollars a year per journal to our giants of industry at Elsevier et al.

If Fitzpatrick is optimistic about scholarly publishing in the 21st century, it’s “in a sense similar to that in which Karl Marx was optimistic about the fate of capitalism in the 19th century.” This rather dramatic attitude sums up the thesis of her book quite well: “The contradictions […] are simply too great to be sustained; […] a revolution in scholarly publishing is inevitable.” But for all that, panoramic proclamations do not end up dominating the tone of Planned Obsolescence, most of which is devoted to a summary and reassessment of the past twenty-odd years of scholarly literature on the subject of this strange, inevitable-yet-delayed revolution. Her roster of influences includes Roland Barthes, Michel Foucault, Yochai Benkler, David J. Bolter, Cathy Davidson, Cory Doctorow, Gary Hall, Christopher Kelty, Lawrence Lessig, Bethany Nowviskie, and McKenzie Wark; the book is worth studying just for its impeccable sieving of this complex body of work.

Indeed, this work of gathering sources, assembling them to scaffold a complex argument, presenting this argument to a group of peers who are interested and qualified to consider and make substantive comments on it, and then rewriting and revising the work where necessary; this is the real labor of scholarship to which Fitzpatrick wants us to reorient. She argues that focusing on the commercial value of products like scholarly monographs obscures the critical importance of these practices for the health of scholarly communication, and of scholarly communities.

The open review of Planned Obsolescence on CommentPress is described at length as an example of what Fitzpatrick calls a ‘peer-to-peer’ review process, and played as important a role in the book’s genesis as it does in its argument. Her critique of current ‘peer-review’ practices, the genealogy of which, rather surprisingly, have not been particularly well-investigated, seems to be fascinatingly original: “the few explorations that do attempt to present some semblance of the system’s history largely cite the same handful of brief texts.” Much of the imprimateur of the system as it currently stands comes not from its intrinsic value as a validating or screening mechanism (the functional relevance of which should, in any case, be reconsidered within the new media context; cf. Clay Shirky, cited by Fitzpatrick), but from its hegemonic deployment as a proxy for academic credibility, primarily for the committees who generally decide who gets hired, who gets tenure, etc. Fitzpatrick does a good job of reframing this demoralizing debate, asking what values we ascribe to these mechanisms, and might there be better ways of realizing them?

Fitzpatrick’s conclusion returns us to the scene from which the book takes off: the appalled realization that current practices of scholarly publishing are devouring our young intellects like a zombie-plague. By raising more questions than it answers, Planned Obsolescence implements a curiously ‘viral’ logic, in that it demonstrates the impossibility of solving new problems by old means, and thus proves the point of its own obsolescence (as the summary of a rapidly-changing state of affairs). This may be a smarter tactic than it first appears. Only time will tell if (or how) the current state of endemic corporate exploitation will retain its stranglehold over the young brains it currently infects, or how (and whether) the sensible-idealistic advocates of open, collaborative scholarly publishing practices will manage to overthrow their parasitic overlords. One thing is for sure: no scholarly effort, however heroic, will suffice to resolve this issue once and for all; it will be determined by actions, not words. McLuhan’s maxim takes on a new salience here, where “the medium is the message” refers to Lessig’s insistence (ignored by Fitzpatrick in a telling admission) that “We should expect -and demand- that [technology] can be made to reflect any set of values that we consider important.” (cited in Fitzpatrick, p.201) In McLuhanian terms, either technology extends human capabilities, or humanity must extend technological capabilities. Or can we really have it both ways?