Beyond Titles: Scholarship vs. Journalism 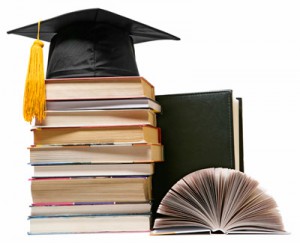 On the Chronicle of Higher Education’s Brainstorm blog for April 30th, writer  Naomi Shaefer Riley responded to “Swaggering into the Future,” a piece about Black Studies published in the Chronicle earlier that month. Truth be told, to say she responded gives her too much credit. Riley surveyed a handful of dissertation titles by Black Studies graduate students and dismissed them one by one as ridiculous, concluding on this basis that Black Studies itself should be eliminated.

There’s a history of academic title-shaming. People always love a good giggle about how irrelevant those silly egg-headed elites in their ivory towers can be. Eve Kosofsky Sedgwick, pioneer of Queer Theory, wrote about the phenomenon after the title of her paper “Jane Austen and the Masturbating Girl” — among others brought to the annual Modern Language convention — was torn apart by a writer in the Times who claimed the association always “yielded papers with titles that were rife with bad puns, cute pop-culture references and an adolescent preoccupation with sex.” But even if you are skeptical about an argument, making fun of a provocative title does nothing to actually engage with the material at hand. The particular divide between academic scholarship and mainstream journalism, based on the perpetuation of populist — or, on the flip-side, elitist — ridicule is made symbolic in the Riley controversy.

Other bloggers, including Prof. Hacker for The Chronicle, rightly point out that Riley’s attack isn’t actually an argument, and criticize her for going after an arguably powerless group within academe — black female doctoral students who, though accomplished and intelligent, are without tenure and therefore lack the institutional support and networks of tenured professors. She defames their work, it’s worth noting, without including any further description of the work itself.

In a May 3rd response to the criticism, Riley offered the usual “Hey guys, why are you taking it so personally?” retort (sort of nonsensical in this case, seeing how her original post refers to each graduate student whose paper she ridicules by name — so, yeah, what Riley claims is the political is also the very explicitly personal). She then defends herself against charges of racism.

In her initial post Riley claimed that more useful than studying historical black midwifery (a topic she dismisses without convincing explanation — because black women giving birth is totally irrelevant, right?) would be “legitimate debates about the problems that plague the black community from high incarceration rates to low graduation rates to high out-of-wedlock birth rates.” In fact, these debates are being had, within Black Studies departments and without.

But this is where Riley makes her most disturbing assertion. She implies that any study of black people and culture should emphasize the “problems” in the community, thereby reducing Black Studies to Black Problems — which should be solved, she implies, solely by black people. As when Women’s Studies first came on the scene, Black Studies is here rejected as a niche pursuit, irrelevant to most readers. The marginalization of studies that seem to deal with a “specialized” group of people, but affects society as a whole, is a familiar technique of oppressive control.

In fact, in anti-intellectualist rhetoric, intellectuals are themselves portrayed as a kind of other — and are historically associated with foreign, racial or ethnic minorities who “think differently” than the natives. Riley’s claims are an extension of this trend, casting both Black Studies — and intellectual pursuit along with it — into the dustbin of “special interest.” For this seeming contradiction to occur in a newspaper about the academic world is no coincidence.

The relationship between scholarship and journalism is often expressed as an antagonism between the mandarin and the philistine — the former perceived by the latter as elitist and pretentious, the latter by the former as a shallow and catty little sister. This misunderstanding, in fact, works to perpetuate a culture of anti-intellectualism that continues to spread. The two professions — and forms of writing — though certainly in pursuit of different aims, each has its place, and they actually have more in common than is often allowed.

In fact, though Riley might not admit it, the job of scholarship is to work deeply into a topic and bring to light new knowledge that has not already been widely covered, or covered at all. Much of the time scholarship is, therefore, by definition not going to fall within what we might think of as “mainstream knowledge.” Trying to find in scholarly work some impossibly defined “mainstream interest” is not only pointless, but beside the point. Academia — one of the last few safe spaces in an increasingly anti-intellectual culture — allows the infinite exploration of ideas in whatever direction one sees (and can give evidence is) fit.

The thing about scholarship that irritates some people (symbolized by easy-target dissertation titles which, I admit, can sometimes sound gimmicky) is its perceived excessiveness — the extreme specificity of the topic, sometimes described in jargon that can appear to be show-offy or unrelated to common experience. But that’s the point! — to explore a specific, uncommon, and novel idea.

The job of journalistic criticism or cultural commentary (as opposed to straight reporting) is to bring otherwise unacknowledged events — actual or intellectual — into the mainstream and to make ideas understandable for a wider audience. In an increasingly fragmented and online medium, journalistic titles and subtitles can also fall into the trap of the gimmicky. Attention-grabbing alliteration, flashy pictures, and heightened controversy — all fodder for criticism by academic-types — prove that journalism can have its own title trouble.

The Riley backlash also brings to light the sometimes-unproductive way “both sides” journalism can profess to foster “debate,” when really, a non-argument is given airtime as if it were truly saying something.

While titles of scholarship may seem to obscure and alienate, journalistic titles can seem tawdry and reductive. But rejecting either a dissertation or a piece of journalism because of its title is like refusing a Snickers because you feel to it’s cutesy name is condescending (if you want to get into the politics of writing and marketing, go on ahead! But this was not Riley’s aim). Haven’t we all by now internalized the age-old maxim about not judging a book by its cover? There’s no point in either form of writing running the other down. And dismissing any kind of writing on the basis of its title alone is . . . well, just plain ignorant entitlement. The real juice, it seems ridiculous to have to say, is what comes after — the new ideas you’re exposed to if you have the unfashionable curiosity and unabashed desire to learn that keeps you reading, beyond “telling” titles.

[Ed. Note — last night, The Chronicle of Higher Education announced that they have asked Naomi Schafer Riley to leave her position as a blogger, as a result of her April 30th post.]