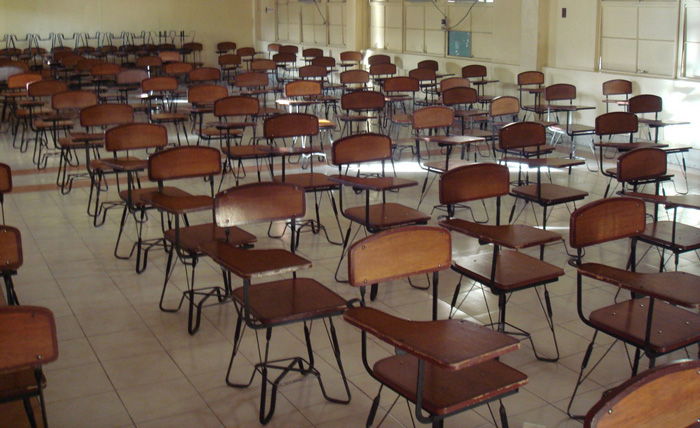 Here is something I know: I feel better when I read — not just good, but better. Anxieties are assuaged, burdens lightened, relationships enriched. I feel part of something hopeful, a connection to the writer, the characters, other readers. I feel smart, if it is okay to say that. I am moved to act after reading — to write, to talk. I have new questions and fresh answers. And I am hardly alone. Anne Lamott knows that “when writers make us shake our heads with the exactness of their prose and their truths, and even make us laugh about ourselves or life, our buoyancy is restored. We are given a shot at dancing with, or at least clapping along with the absurdity of life instead of being squashed by it over and over again.” After sharing stories, writer Barry Lopez feels exhilarated: “The mundane tasks which awaited me, I anticipated now with pleasure. The stories had renewed in me a sense of the purpose of my life.”

Here is something else I know: the power of literature to “renew a sense of purpose in our lives” gets killed in literature classrooms — unintentionally, no doubt, but killed nonetheless.

This isn’t an indictment. Writer Richard Ford found himself teaching literature as a graduate assistant in 1969 and realized, “What seemed worthwhile to teach was what I felt about literature . . . [literature] had mystery, denseness, authority, connectedness, closure, resolution, perception, variety, magnitude — value in other words . . . Literature appealed to me. But I had no idea how to teach its appealing qualities, how to find and impart the origins of what I felt.” This is a difficult question.

With the guidance of his mentor, Ford discovered access to these origins through the formal aspects of literature, its elements. He discovered a way in by asking, What formal feature of any given text is most significant? Too often — and I have been complicit — students are not pushed beyond this noticing of formal features. More than a decade of pressure from the paradoxically-named No Child Left Behind legislation has only exacerbated the problem by privileging the easily quantifiable, the standard. Derrick Jensen argues that the process of standardization is one of turning the living into the dead. The standard for a fish, he points out, is a fish stick. What is the standard for a novel . . . Sparknotes? Cliff Notes?

Given the complex nature of teaching literature in ways that respect its mystery and magnitude and given the increasing pressure to standardize, it is easy for teachers to acquiesce. When this happens, students are cast in passive roles, thought to be empty and in need of filling. Teachers become fonts of all that is good and standards aligned. Literature becomes mere content to be delivered — teachers, students and books all turning to fish sticks.

Students in my classes maintain contradictory passions that fall along an interesting continuum. On one end is the purely aesthetic: they love Harry Potter; they know on an intuitive level the value of literature. On the other end is the purely efferent — a mining of texts for information. Writer and educator Sheridan Blau argues that we have made the mistake of teaching literature in efferent ways, asking low-quality informational questions. When as teachers we lose courage in the face of all that literature is, when we turn away from what inspired us to teach in the first place, when we succumb to the very intense and real pressures to standardize, students get caught in the gulf between the aesthetic and the efferent. They resist reading what they are asked — they’d say forced — to read in a literature class. They learn, unfortunately, that novels come with a set of right answers.

I begin each new semester with the hope of pulling these two poles, the aesthetic and the efferent, closer together. I want to push against the efferent lean of the current educational landscape. I want my class to be an argument for literature, for its value in Richard Ford’s sense of the word. To do so, I vow to ask better questions, to avoid asking questions to which I already know the answer, to encourage students to ask their own questions and discover their own answers.

I realize I have to create space for aesthetic experiences with texts, assigned curricular texts. Through work with The National Writing Project, I learned a “Save the Last Word” (SLW) protocol.  SLW asks readers to first copy down a passage from the given text which resonated with them for some reason. With a passage copied, students (and teacher!) spend time writing about how and why they choose the quoted passage.  The key component of SLW is sharing.  In reading groups of four or five people, each reader has the opportunity to read her quote at which point she becomes silent and listens to the group make sense of her quote — to make connections, to paraphrase, explore tangents, and ask questions. As that conversation wanes, the first reader has the last word; she reads what she’s written about how and why she selected the passage. Each member of the group gets to have the last word.

Any protocol or pedagogy is only as good as the theory supporting the practice. SLW has readers making meaning with a text and with each other. SLW has students cycling through both local and global experiences with the text and the gravitational center of those rotations is language, writing. By engaging students in SLW, I am arguing that the value of the literature can be discovered by allowing individual experiences with stories to interact with one another and mediating that interaction through writing. SLW creates space for individual connections and tangents while keeping the conversation grounded in the text with each rotation.

SLW honors each individual reading and works as scaffolding supporting students to be reflective and analytical. A transition assignment between SLW and a formal, thesis-driven paper is the one-pager, a simple written response to the literature. With one-pagers, I ask students to try out various critical perspectives, to look at story through different lenses — historical or biographical. Most recently, we have been exploring the relationship between place and story. Literature of place, I tell students, explores the relationship between nature and culture. Themes of creativity, spirituality, and survival often emerge at the intersection of nature and culture. Notice how Stephanie takes up the theme “spirituality” as she writes about the Barry Lopez story “The Mappist:”

According to Benefideo, “The world is a miracle unfolding in the pitch dark.  We’re lighting candles. Those maps — they are my candles. And I can’t extinguish them for anyone.” To me this means that everyone has that one thing that lights up their world. Some people’s “candles” may be literature, their job, or a family member.

Stephanie is filtering her experiences and values through this new critical perspective, and as she does, something new emerges — new insight, new metaphors: “some people’s candles.”

I was once told to make a timeline of my life. I was told to include details of what happened, at what age, and if I could, reflect on how it had caused a change in my life. Even now at seventeen, it’s hard to think of any life changing moments. However, if asked what has changed in my country, state, or city, I could list many things. From changing of Presidents, the governor going to jail, to the McDonald’s on Godfrey Road being built my world has changed dramatically. Barry Lopez helps to identify this changing world in his short story, “The Mappist.” A man spends his whole life trying to preserve the land and keep its timeline. He makes hundreds of maps . . . His maps were history books in the form of art.

These writers, and their classmates, are finding safe spaces within the pages of their one-pagers and in their reading group discussions to explore literature. They are building on their aesthetic experiences with texts to make an argument for reflective analytical study of literature. Further, they are honing the technical maneuvers of integrating quotations and taking up a critical perspective. Listen to the eloquence of Erica’s argument has she closes her one-pager:

If no one sees, hears, or tastes; smells or feels; the world fades to black letters on a white page with no color. History fades and vibrancy wilts as a rose without water. It is the artists, in whatever form they may be, that preserve those ideas and memories. And it is they who illustrate history so that it may be palpable to the progressing future.

Transforming my classroom from one which views literature as content to be covered or delivered to one that understands the opportunity literature presents — a chance to create something, to connect, to move and be moved, to shape and be shaped — is an evolving process. I try and fail, learn and unlearn every day. I am not naive. I know some of my students are still not reading, still looking for short cuts online. I still had to beg, cajole, and coerce papers out of too many students. It would have been poignant and powerful to end on Erica’s words, but it wouldn’t have been truthful. If I have learned anything from the writers I read, including my own students, it is that writing is about telling the truth even, or perhaps especially, in fiction. Tim O’Brien says, “Sometimes story truth is truer than happening truth.”

As our semester winds down, I will invite my students to read Richard Wright’s Native Son. I will ask them what they can see when they apply a “literature of place” lens to the story. Will they accept attorney Max’s argument that Bigger is a product of place — a horrific, dysfunctional merging of nature and culture? Will they react in fear? Anger? Guilt? How will they respond when I ask them why so few black males enroll in this honors level, dual credit literature course? I hope a few more students come to understand what Erica expresses so well, that artists are our link to the past. They light candles with delicate flames lighting a way forward. They make visible what connects us to each other and to place.  Next semester, I will try again.