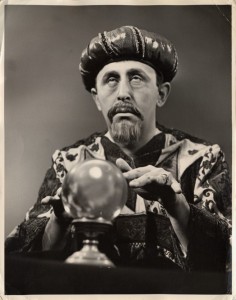 On Saturday, Tom Lutz, the editor-in-chief of the Los Angeles Review of Books published “Future Tense,” an excellent essay about the future of criticism. “Future Tense” is a piercing and moving eulogy for print journalism, a sharp review of Vanessa Veselka’s Zazen, and an excellent assesment of the state of criticism and its future.. Here’s Lutz on the recent cuts over at the L.A. Times:

The Los Angeles Times proudly announced last week that it was as dedicated as ever to book coverage — “we have not changed our commitment,” said Vice President of Communications Nancy Sullivan …. explaining that a new round of layoffs in the section and the cutting loose of the book section’s freelancers was not to be taken as a sign of what it clearly was: a further contraction of the section’s purview.

“Freelancers” in this case means not just those of us who have written the occasional review for the Times over the years but the new class of non-employees, the many people who used to be on staff and were laid off before being rehired as freelancers, like Susan Salter Reynolds; book columnists Reynolds, Richard Rayner, and Sonja Bolle were among those let go. Reynolds is a prime example of the new class of the gradually dis-employed: she has been writing succinct, insightful reviews for the Times for the last 23 years, usually three pieces a week, although often adding a fourth or even fifth in the form of a more in-depth review or feature (she is a woman who clearly does not sleep). For the first 21 of those years she was a staff writer, but for the last two she’s been a freelancer. The difference was a deep cut in pay, the loss of health insurance and a retirement plan, and the outsourcing of her office to her own house. The workload remained the same.

And here’s Lutz on a development that we youngsters find very, very troubling:

Kellogg is the youngster in this group [of remaining staffers at the Los Angeles Times] in her forties, and while this does, in my book, make her a youngster, that twenty-year gap between her and recent college graduates will not be filled — a missing generation of journalists — since one does not imagine the Times or any other newspaper going on a hiring spree in the foreseeable future.

And, finally, here’s an anecdote that proves that French people are insufferable assholes, no matter how right they are:

I was once having dinner with an international group, and an American was complaining about the price of books in France. “Yes,” said a Frenchman. “We have this silly theory in France that our authors should be able to eat.”

“We don’t know what the future of publishing is, but we know that the future for every writer requires food. And we know that one way to help writers eat is to encourage people to buy good books,” Lutz concludes. This question — “How do we put food on the table?” — is not only crucial to writers, but to websites like the Los Angeles Review of Books and this one. Obviously, writing is not (and to my knowledge has never been) a widely profitable venture: very few people get rich, a lot of people can live comfortably, and an untold number scrape by. Anyone who has read both this publication and the Los Angeles Review of Books knows that we’re very, very different. The vast majority of the Los Angeles Review of Books‘ contributors are middle-aged, whereas we are in our 20s. Which is to say, we don’t have families to support; I’m not yet sick of beans and rice. We started the website to communicate a passion for literature and to gain experience in a field we were interested in, not to make money. That being said, being poor sucks and it’s incredibly difficult to find paying work in literary criticism, especially when you’re a member of what Lutz calls the “missing generation.” A lot of us have had difficulty finding paying work in arts criticism, but we don’t want to just give it away for free. So we’re interested in trying to make this thing work too, which is partly why I found Lutz’s explanation of the LARB”s economic model fascinating:

Researchers and commentators like Robert W. McChesney and John Nichols (in The Death and Life of American Journalism: The Media Revolution that Will Begin the World Again) have suggested that a mixed revenue model might be the only way to do what we hope to do, and our economic model combines old-school commerce — advertising, syndication, merchandise, subscriptions (even if voluntary) — along with old-school nonprofit public-service fundraising — through private philanthropy, foundations, corporate sponsorships, events, fund drives, tote bags — and new-school versions of these: click-through sales, online advertising, Kindle singles and other e-editions on the commerce side, and community partnerships of various kinds on the development side. So far, we’ve raised about 10% of what we need to in order to do this well. We have made our first syndication money, made our first click-through sales money, sold our first t-shirts and tote bags, and have been supported by several family foundations and many individual contributions — people like you clicking on our donate buttons. Many of us are also supported, as I am, by our universities (however much they, too, are shrinking and under siege), and so we can write and edit “for free” as part of our commitment to the dissemination of knowledge that is integral to that job. But many of us are not.

Yes. This (coupled with a few arguments Lutz makes earlier) nicely sums up much of my thinking about the economic future of criticism:  1. We need to fight back against the corporate gutting of institutions and the neoliberal assault on our universities. 2. Succeeding online will require being limber, innovative, and experimental — of not relying on one large cash cow (i.e. advertising), but several smaller revenue streams. Most online outlets (especially online literary outlets) are not using the the internet to its full potential. I hope the Los Angeles Review of Books not only succeeds in raising revenue through unorthodox methods, but also uses some of its resources to experiment with the content it produces. The Los Angeles Review clearly reveres the New York Review of Books and has done an excellent job of imitating it. My hope is that the Los Angeles Review will not only blaze a new economic trail, but experiment with digital content as well. A website shouldn’t just be a digitized version of a newspaper or magazine, it should provide content that can only be experienced online (though not vlogging. Anything but vlogging).

Of course, one economic detail that Lutz doesn’t mention is that his decision to hire 3,454 contributing editors has resulted in a dangerous, dramatic inflation of our nation’s supply of contributing editors. We at Full Stop are proud Keynesians and recommend injecting 50 associate editors into journalism in order to stave off complete collapse.

Stuff We Will Spend Money On, If We Ever Make Any:

5. A full page ad of us “making it rain” in the New York Times

6. Monkey butler (one at first, but he’ll train others)

7. Muppet massages (Swedish chef, if he is available)

9. Big party with champagne and a secret room with all white everything (walls, tables) that is full of cocaine