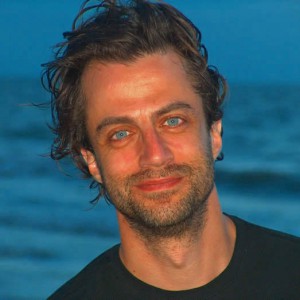 Deleted Scenes is a regular feature in which we highlight interesting parts of interviews didn’t make the cut. In this installment, The Tragedy of Arthur author Arthur Phillips (try saying “Arthur author Arthur” 3 times fast) talks about reading Moby-Dick for the first time, dated comedy, and “the most modern, ironic, humorous comic character anywhere in Shakespeare.” You can read the full interview here.

You recently read Moby-Dick for the first time. What was that experience like?

It was great. Moby-Dick’s a great book. That quote from him that I use at the beginning of The Tragedy of Arthur …. “Believe me, my friends, that men, not very much inferior to Shakespeare, are this day being born on the banks of the Ohio.” First of all, I happen to agree with that quote. Second of all, someone who says such a thing has his own quality in mind. It’s clear that Melville wants somebody to say, ‘Okay. You’re as good as Shakespeare.’ And much of Moby-Dick, as far as I’m concerned, is.

The first chunk of it was pretty rough going for me because it was supposed to be comic. but I couldn’t put myself back in his time period and find that kind of antic comedy funny. When we got done with that and went out to sea, it was something in between a realistic sea adventure and some other dreamlike lunacy – then I felt like I was in the hands of somebody who was inventing the novel as he wrote one. That same wonderful feeling. This is not exactly a sea adventure or a sea melodrama with an evil captain. There’s something much weirder going on. I love Moby-Dick.

What about the beginning of Moby-Dick felt dated? Are there comic novels — or plays, for that matter — that have aged well?

He wakes up next to Queequeg. And he jumps up and [Queequeg] jumps up. Misunderstandings. It’s every bit as not funny as a lot of Shakespeare comedy. Those things age – badly, I think. Finding comedy that doesn’t age badly  is hard to do. Tristram Shandy is still pretty funny. That book has held up pretty well, humor-wise. I don’t know if he meant it or not, but King John is very funny. It’s very underplayed, underrated. He went from Hollingshead, but he made up an important lead character out of the blue, and had no trouble assigning it to the historical credits he was working with. The illegitmate bastard child of Richard the Lionhearted turns up at court and King John adopts him. There’s nothing in the history about this. This is just Shakespeare going bananas. But the character he invents, the bastard Philip of Falconbridge, is the most modern, ironic, humorous comic character anywhere in Shakespeare. It just seemed like something that was written today. And legitimately funny.