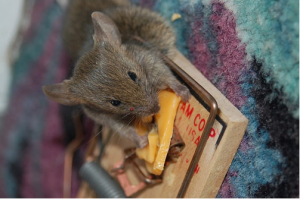 Okay. Just the first sentence now. I want to focus on this first sentence: “My motorcycle has church-groups for wheels and runs on children’s sunburns!” There’s a reason why I like having Ryan Nelson as a flash fiction editor at Fictiondaily: he gets what flash fiction is all about. It’s about packing punches between every two words on the page. It’s about feeling a writer’s drive in the first series of syllables. Pure drive. I laughed out loud at this first sentence and it took to me like a rocket the rest of the sentences, of which there’s roughly seven. You might think this is a small number to deserve the word ‘story’, but in those seven sentences we get a universe of experience. Absurd juxtaposition. A window into the function of creativity and not just some polished product of that creativity. Here’s to the Swan!–Reviewed by David Backer

In “Better Days,” Bertone riffs on a favorite postmodern theme, flipping fairy tales on their backs so they lie and struggle comically like overturned beetles. The cynicism of the modern (or adult) world permeates that of the fairy tale so that the characters are as fed up and disenchanted with their roles as we with ours. The fairy godmother oversleeps, the Cinderella figure demonstrates the practical wisdom of opting for college rather than invest all in some silly ball, etc. There are engrossing images throughout – the go-karting stepdaughter who gets “good and filthy, hair to toenail, exhausted and crusty, filled up on caffeinated orange soda and cheesy hot dogs” – and clever turns of phrase – the promise of a vigorous threesome “that erased everything but joy from [the king’s] furrowed face” – and the failures of these fairy tales to realize their age-old intention is curiously satisfying. Rather than take the trip to Grandma’s house, I’m content to do as Bertone’s freewheeling lass, who aborts the trip and “found a clear spot of grass and lay down, let the sun warm her face and dress.”– Ryan Nelson

Pete Risley is the unsung hero – or villain – in today’s horror fiction, and “In a Lonely Place” is as chilling as anything he has ever published. The story, like much of Risley’s work, has themes of paranoia, isolation, desperation and decay. Unlike past work on the Web, it is also far more intimate and gruesome. Starting off locked in a trunk, In a Lonely Place,” Pete Risley keeps us imprisoned with the story’s tragic narrator all the way to a startling end.–Reviewed by Matt Funk