Notes on a Non-Scandal 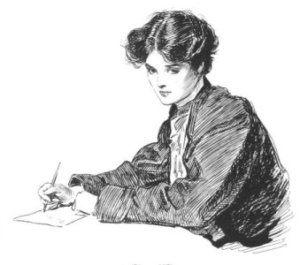 Jennifer vs. Jennifer! Jodi vs. Jonathan! Aren’t we tired of this yet? But then, here I am again, reading all about the Jennifers. And when I came across Deena Drewis’s post in The Millions on Monday about the whole Egan/Weiner kerfuffle — and her strongly held views on “chick lit” as a term and a genre — I couldn’t help but feel disappointed. Drewis’s characterization of chick lit isn’t necessarily one that I agree with — although I understand what she was getting at — but more to the point, her criticism felt condescending and unexamined. What’s to be gained by calling each other “Ed Hardy-wearing man-children,” after all? And Drewis goes further: “It’s no secret that the chick lit authors are outselling their literary fiction counterparts by far. What’s alarming is that the tremendous success of the genre is largely because it’s marketed to women who identify themselves ‘chicks.'”

Roxane Gay published yesterday a piece in HTMLGIANT that essentially (and much more thoroughly and kindly) expresses what I felt after reading Drewis’s piece. Because here’s a thing: my two younger sisters and I can count among us Jodi Picoult, Helen Fielding, Candace Bushnell, Jennifer Weiner, Sophie Kinsella and Meg Cabot (and others!) as authors we’ve read at various points in our lives, and none of us have even considered the possibility of calling ourselves “chicks.” More importantly, I really don’t think it matters. Essentially calling these authors anti-feminist because they publish under a genre termed by marketing departments as “chick lit” feels snooty (not to mention somewhat similar to the arguments leveled by these same authors against Egan); it’s also a middle-schoolish dismissal of “those kinds of people.” Plus, the generalized statement that all women who read and write chick lit “accept and even defend a derogatory label” is (of course!) not completely true.

The better point that Drewis makes is that showering criticism on a woman author, as Egan’s critics have done, because she criticized other authors who are also women is a little bit silly to do, particularly if you are going to do so in the name of feminism. It’s just sort of not the point, you know? But then, again, here Drewis veers off in order to aim back again at chick lit:

“On the other hand, in the chick lit realm, amid the outrage and demand for more respect, there is, in fact cowering: observe Weiner selling herself short (and acknowledging a literary hierarchy) in an interview she gave to the Huffington Post: “Do I think I should be getting all of the attention that Jonathan “Genius” Franzen gets? Nope. Would I like to be taken at least as seriously as a Jonathan Tropper or a Nick Hornby? Absolutely.”

Of course she’s acknowledging a hierarchy! It’s because there is one, and it’s the same one that Drewis feels so compelled to enforce. What seems present in all these arguments is not just the bitterness at the lack of critical consideration felt by women who write genre fiction, but also the sourness that literary fiction writers feel toward the mass marketability of chick lit and its male brethren — the John Grishams and the Steven Kings and the Nick Hornbys — which I imagine must be because these books are the cash cows of the publishing world.

And I think what’s always somehow missed in this fracas is that what the Picoults and the Weiners of the world are asking for is not the amount of attention that Franzen’s received (a point that was, granted, pretty easy to miss given the whole #franzenfreude fiasco — and can I also add that the “freude” in “Schadenfreude” is the part of the word that means “pleasure“? “franzenfruede” literally means: “pleasure in Franzen.” All around, I would argue that the whole pillorying of Franzen was also not especially on the money).

Honestly, whatever you think of her, Weiner doesn’t look like she’s cowering; she’s pointing out that within the realm of mass market, or genre, fiction — chick lit, legal thrillers and whatever Nick Horny writes included — she feels there is a media bias toward men. And I can see her point: a few pop fiction books do occasionally jump off of the airport bookstore racks and gain a bit of serious critical attention (such as, for example, High Fidelity) and those select books, according to my very unserious and brief research, do seem to be largely written by men. (Slate’s DoubleX actually tried to do some real research back in September, and it’s interesting!) Within this context, while the authors have — again — framed their argument in unfocused, polarizing terms (like, uh, characterizing Egan’s comment as woman-on-woman crime), I understand why it hurt to see their fellow pop fiction writers bashed (however obliquely) for writing, ahem, “chick lit”.

Ultimately, I think I became so frustrated reading the piece by Drewis not because I disagreed with her but because all of the nuance that I wanted to find there was absent — and worse, Drewis implies a sort of winking understanding with the reader; an assumed cohesion of cultural attitude. And you know what, I just wasn’t feeling it: I don’t really have opinions about Ed Hardy clothing, and I don’t feel comfortable judging people’s whole character by a word that they use or a label that they wear. And it’s not just Drewis’s piece — it feels like we all need to make more attempts to understand and acknowledge what we are saying and why we are saying it, if we are to be women authors condemning women authors for condemning another woman author for condemning other women authors. And then of course, here I am! Here to condemn again in turn. I sort of want to just throw up my hands and condemn us all, because aren’t we exchanging all these words in the name of feminism? Or are we all just catty bitches?