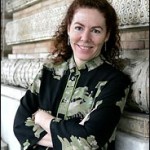 In a recent piece for The Threepenny Review, Wendy Lesser reviewed a performance of Georg Frederich Hass’ third string quartet that was staged in complete darkness. There was no way to talk about the work without talking about what it was like to sit there in the dark – and it struck me that this refusal to separate the aesthetic from the personal, the work from the experience, is what I admire so deeply about Lesser’s criticism.  Her memoir The Amateur: An Independent Life of Letters is written as a series of essays that combine anecdotes about reading vintage science fiction magazines as a ten year old with interpretations of cityscapes in the novels of Charles Dickens and Henry James, and moves quite seamlessly between chapters on Lesser’s cat Ralph who lost his nose (an incident that folds in wonderful stories about her son, step-son and husband) and Mark Morris’ choreography.  “I didn’t want to have arbitrary lines drawn between things,” she writes, “between old masterpieces and contemporary works, between art and the rest of the world, between criticism and conversation.  I wanted the whole terrain.”

Lesser claimed it when she founded The Threepenny Review in 1980, as a (in her words) “twenty-seven-year-old know-nothing,” on the strength of a brief stint as a guest editor for the San Francisco Review of Books.  The quarterly review still uses the same newsprint format – the only format she knew at the time – and though its contributor base and readership has flourished over thirty years, it still remains, she told me, fundamentally the same intellectual project: committed to varied and penetrating criticism on literature, arts and culture.  With an editorial board that consists of herself and one deputy, Threepenny thrives on Lesser’s sharp eye, enthusiasm, and surpassing good taste.

Lesser took time out of her busy schedule to answer some questions over e-mail about running Threepenny, her soon-to-be-released book Music for Silenced Voices: Shostakovich and His Fifteen Quartets, and the critics she admires.

You founded The Threepenny Review in 1980 – so it’s just over thirty years old.  How would you say the project has evolved in the past thirty years?

I think it is actually very much like what it was 30 years ago, in general intent and appearance — that is, we have not had any makeovers or anything like that.  We have new names (and more famous names) than we did at the beginning, and we have lost a few of our old standby authors to death, but other than that, I think it’s been pretty consistent.

Does Threepenny basically still operate as the one-woman production it was when you started? What does a normal day look like for you (or is there such thing as a normal day)?

I have one halftime deputy, and otherwise I work alone.  The typical day consists of answering email first thing in the morning, then dealing with pressing urgent problems, then perhaps reading some online submissions (my deputy and I can each do this from home, thanks to the new technology), then proofreading or editing an article for a future issue, then writing a grant proposal for funding, and so forth.  On weeks when the issue is about to come out, there are more production-related tasks (putting articles into InDesign format, laying out the pages, proofing those proofs, etc.); on other weeks, there is more dealing with writers and articles and subscribers and funders.

I love the chapter in The Amateur where you talk about e-mail – how it wins you over in spite of your skepticism, and allows you to translate conversation into a kind of lost epistolary mode.  I wonder if you’re still as optimistic about the Internet and its effect on your work.

I don’t think “optimistic” is quite the right word.  It is a necessity now, just like cars (and who is optimistic about cars?).  I couldn’t live without it, couldn’t do my work as I do without it, especially now that I am essentially working from both coasts.  It has made for great progress, and at Threepenny we are changing the way we do things all the time in response to it (recently, for instance, we introduced a digital edition for computers and tablets), but I try not to let it affect the actual literary and visual content of the magazine.

What effect do you think blog culture has on criticism?  In The Amateur, you define your “untutored omnivorousness” against academic professionalism and specialization – you make a defense for writing criticism that comes from experience, opinion, and the personal.  But now there is a forum for everyone to give their opinion on anything they want, and be heard.

I think it has not been good for slow thoughtfulness, which is essential for good criticism.  The fact that you can put down everything you think in brief installments, immediately, works against the kind of simmering, long-term effect that I think works best for a considered response to artworks (including books).  But that’s just me, and other people’s minds work differently.

What advice do you have for critics who want to be engaged in this kind of slow thoughtfulness?  What qualities make good criticism?

Read voraciously and for extended periods of time.  Reread books at intervals of a decade or so; you will be surprised how they change.  Don’t artificially exclude any kinds of knowledge or ideas when you are writing about books – everything (the author’s life, the times he lived in, the contents of his other books, etc.) is fair game.  On the other hand, remember that the written text is primary and everything else, including your own opinions, is secondary.

Recently, the New York Times ran a series of essays called “Why Criticism Matters” where they asked a group of literary critics to discuss what they see as the value of criticism.  I wonder if you could take this one step further: how do you see criticism mattering to people today?

I am not a sociologist, so I don’t answer questions like these.  I can’t say what the effect is, if any, on people in the mass.  In a way, that is not my problem:  I just generate the work, and then other people decide how to use it, in whatever way seems most useful to them.

Your new book, Music for Silenced Voices: Shostakovich and His Fifteen Quartets, comes out next month.  Why did you decide to write on Shostakovich?

I heard the whole cycle of 15 quartets played by the Emerson Quartet in 2006 — the first time I had ever heard these pieces — and I was smitten.  And then, a year later, I heard a very young group called the Vertigo Quartet play the 12th (which turns out to be one of the very greatest), and I realized that the music seemed connected to the events in Shostakovich’s life, as I recalled them from the Emerson program notes.  So I went about confirming this theory, and that ended up as a book.  I often let artworks that speak to me dictate my next project, but in this case it was a reach, because I am not a musician or musicologist.  On the other hand, the Shostakovich quartets are works which speak very clearly and very strongly to a lot of people, so I am not surprised that they overcame my initial fears about venturing into this territory:  they are very powerful pieces, and in my opinion they (and his other chamber works) are Shostakovich’s best pieces.

How is writing about music different from the other arts you’ve written about – novels, poetry, theater, dance, for example?

It’s harder, because the art is even less tangible than those other forms, less directly related to verbal communication or the human form — and also because I am not trained in it, not familiar with it, as I am with those other forms.  This book is, in a way, the “amateur” gone wild.  But writing about music is also very satisfying, because you can send people straight back to the artwork (music being something that many people have immediate access to these days).  When I write about Mark Morris, people can’t rush out and see the dance itself right after they read my piece, but the early response to this book suggests that people are listening to the Shostakovich quartets as they read or immediately after.  Very gratifying.  It’s also been fun to work with and get to know the musicians in quartet groups, and to discuss my findings with them, and even to influence in small ways the manner in which they perform the quartets — that is really fun, and does make me feel that criticism has some tangible effects.  (In other words, the opposite of what I said above.)

I try not to think about things in these terms, though I have to admit that even I was shocked to notice that a recent issue of the New York Review of Books contained NO female reviewers.  But in general I don’t feel this is a helpful way to look at writers, or even people.

Of course I think that the writers in Threepenny are writing good criticism:  Elizabeth Tallent, Daisy Fried, C. K. Williams, W. S. Di Piero (three of those are poets and one a fiction writer, which I think partly accounts for their excellence as critics).  I love Alex Ross’s music criticism: that is the most satisfying and exciting criticism I read these days.  I love T. J. Clark’s art criticism, for its depth, intelligence, and pure beauty of style.  But the literary critics I really care about are mostly dead.

Who are your influences or role models as a critic?

Lionel Trilling, George Orwell, Elizabeth Hardwick, Susan Sontag in some of her modes, William Empson — and the two I named above, Alex Ross and T. J. Clark.

What do you admire about those critics – especially the older generations: Trilling, Orwell, Hardwick, Sontag, Empson?  Is it a quality of writing, a quality of thought?

Both, and more than that.  I don’t think I can define it; you have to read them to see what I mean. They care intensely about the works that they are writing about, but they also care about other things (the human condition, the political state of the world, emotional states, etc.) that are not obviously related to literature but that nonetheless influence their literary viewpoint.

Finally, what books have you read and enjoyed recently?

The Norwegian mysteries written by Jo Nesbo, featuring the detective Harry Hole (they are better than Stieg Larssen, up there with Henning Mankell).  Among Russians: Vasily Grossman’s Life and Fate, Victor Serge’s The Case of Comrade Tulayev, Der Nister’s The Family Mashber.  The 19th century Portuguese novel The Maias, by Eca de Queiros, in Margaret Jull Costa’s recent translation.  Hilary Mantel’s Wolf Hall, and several of her earlier novels (Beyond Black, A Place of Greater Safety, etc.). The Palliser novels by Anthony Trollope, which I am rereading with enormous pleasure.  I could go on and on…

(image via The New York Times)