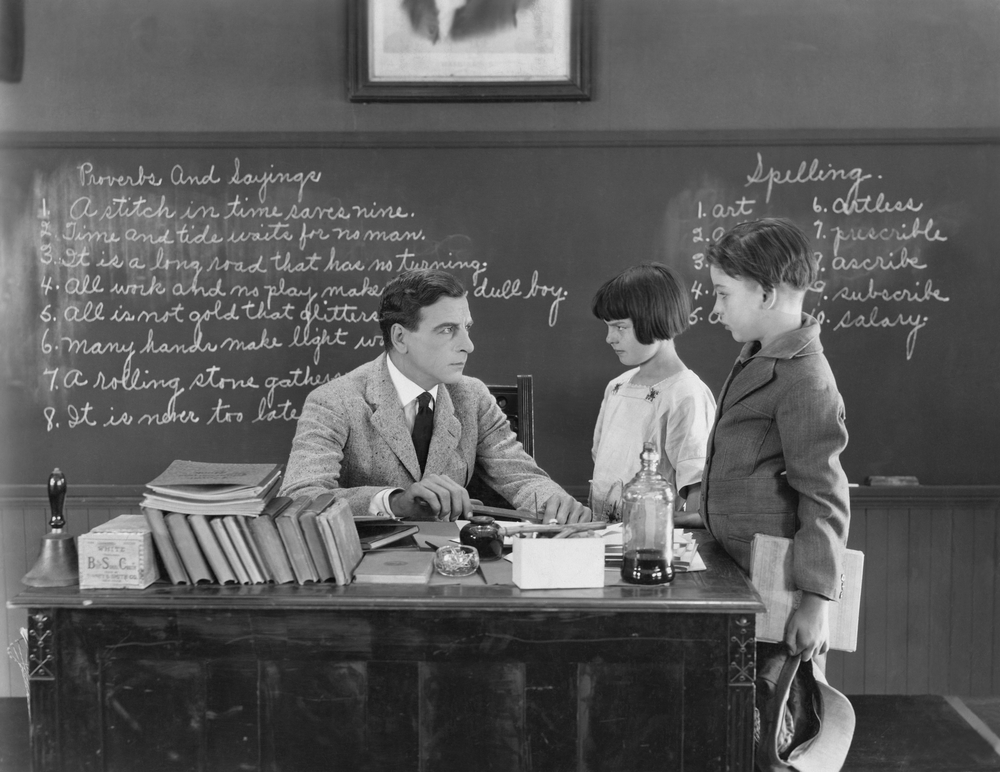 The first lesson in my freshman-year-at-undergrad Linguistic Anthropology 101 class was on prescriptive/descriptive grammar. Prescriptive grammar refers to language rules, like when to use less and when to use fewer, for example. People who work from a prescriptive perspective on grammar like to tell you how language should be used. A descriptive approach to grammar, unsurprisingly, is about describing how people actually use language. From our textbook, Language and Linguistics by John Lyons:

. . . the linguist tries to discover and record the rules to which the members of a language-community actually conform and does not seek to impose upon them other (i.e. extraneous) rules, or norms, of correctness.

We learned about this on the first day of class because our professor needed to break us of our prescriptive habits. A prescriptive approach to grammar is destructive, and it needed to be leeched from our minds like a poison so we could see how the world of language actually works.

After reading her most recent post on The Millions, I’d like to send Fiona Maazel to my Linguistics 101 class. Maazel has written two fantastic novels, and I loved another of her essays for the Millions, “The Artist and the Fly,” which only added to my disheartenment upon reading her prescriptive grammar diatribe “Commercial Grammar.” In the essay, she compares bad grammar to the exaltation of fascism. Here’s the context of that comparison:

. . . bad grammar falls into the same category as bad prose writing, which heralds the depredation of our culture and the exaltation of fascism. Seems like a bold statement, and it is, until you reread George Orwell’s “Politics and the English Language” which seems every bit as urgent today as it must have in ’46 despite fascism’s being less potent now than it was then. In the essay, Orwell contends that imprecision (and what is poor grammar but the handmaid of imprecision?) allows propaganda to thrive. Imprecision allows you to say one thing when you really mean another, or at least to obfuscate whatever it is that you do mean. Imprecision favors political conformity by relieving all of us of the burden to think.

I’d like to give Maazel the benefit of the doubt, so I’ll grant her the idea that imprecision allows for obfuscation, and favors political conformity by relieving all of us of the burden of thought. But Maazel is also operating from a bad assumption: that breaking her darling prescriptive rules of grammar leads to imprecision. It’s actually the opposite. Most people break grammar rules so they can be more precise.

Words are symbols. They have no inherent meaning, only the meanings we give to them, collectively, as a group. If most of the members of our language-community believe the word because can be used as a preposition, then because becomes a preposition. That’s how language works. It’s against prescriptive grammar rules to say “I’m hungover today because wine,” but a vast majority of the people reading that sentence right now will understand what I mean. Their collective understanding of that sentence means I used because correctly, even if the grammar rule says because can only be used as a subordinating conjunction, not a preposition. Adding an of to the sentence (“I’m hungover today because of wine”) would awkwardly imply that the wine itself was sentient, and the wordier version (“I’m hungover today because I drank too much wine”) isn’t as fun or of-the-moment. “Because wine” aligns the speaker with a different, newer culture. Tone adds to precision, and to use any other construction would be to suck meaning from the phrase.

In her essay, Maazel uses the example of a new ad for Burger King’s “Satis-fries” (good pun, Burger King!), with the text “less fat, less calories,” rather than the prescriptively grammatically correct “less fat, fewer calories.” Maazel attributes the choice to sloppy ad-speak: “Why couldn’t they have said: Less fat, fewer calories? Why? Because it’s not as punchy, not as advertisy.” Given that I have about as much access to what was going through the heads of the Burger King advertising team as Maazel does, I’d like to propose an alternate theory: Burger King used “less calories” in their ad because they thought it was more comprehensible than “fewer calories.” If you say “less fat, fewer calories,” using two different words could imply some kind of difference in the type of reduction of fat and calories, and not portray Satis-fries as a healthier alternative to regular french fries, which is Burger King’s goal. Their intended audience probably understands what they mean by “less calories.”

That doesn’t mean that Burger King’s intended audience is a bunch of idiots. This is why coming from a prescriptive perspective can be dangerous: rather than seeing that most people understand that less and fewer are word-symbols with similar semantic content so it doesn’t degrade their meanings to use them interchangeably, prescriptive grammar erases that understanding of meaning and perceives those who use less and fewer interchangeably as wrong and stupid for being wrong. Those coming from a prescriptive perspective are, in this case and in many similar cases, arguing for less meaning, less comprehensibility, and less precision. They and Maazel base their qualifications for precision on rules in books, while the Burger King ad people are basing their qualifications for precision on how most people actually use and understand language. Plus, there’s nothing wrong with a bit of punch in this context; a good advertisement should zing a little bit.

Other related, and famous, examples of overbearing prescriptive grammar include the old rules that you cannot split an infinitive and that you cannot end a sentence with a preposition. Split infinitives had a moment in the early 19th century and it was only then that grammatical authorities created rules against it, with an analogy to Latin. In Latin, they argued, you never split an infinitive. 17th century literary celeb John Dryden led the charge against ending sentences with a preposition with a similar justification: they don’t do it in Latin, so we shouldn’t do it in English. This justification is problematic, though. In Latin, prepositions and the to part of a verb are both part of the same word as the verb, so they’re impossible to split. To force a language in which splitting infinitives and ending sentences with prepositions is possible into a box built by dead men from the tools of a dead language in which it’s impossible to split up the verb is not only ridiculous, but limiting. To adhere to rules that would change the comprehensible “where are you going to?” to the stilted “To where are you going?” clouds creative potential and, yes, precision.

Sometimes people and companies make grammatical mistakes — they write or say something other than what they intended to write or say — but when they consciously break grammatical rules, they do so in order to be more understood, not less. That’s not imprecision, that’s precision. That’s not just talking, that’s communication. And it’s blind adherence and conformity to illogical laws that actually pave the way for fascism.

Language can only describe our changing world if we let language change with our world. Sticking with rules that no longer describe the way language is actually used is like stubbornly using an AOL dial-up connection in a house outfitted with fiber optic cables. To take a final phrase from Maazel, only someone with their “idiot face” on would choose AOL over FiOS.