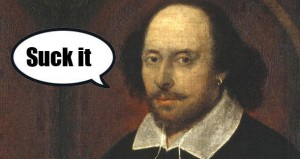 In the past week I came across two rather disparate author reactions to their fans. Strangely enough, the “nice guy” writes books that focus on, in his words, “a preoccupation with the invasive nature of violence in our lives.” The not-so-nice guy is a children’s book author.

It all started with Brad Listi’s brilliant “Other People” podcast, specifically an interview with Alan Heathcock, author of the critically acclaimed story collection Volt. Alan spoke about his intensive book touring schedule, which lasted from March through November and involved a lot of time away from his wife and kids. When Brad asked if he ever got tired of the touring grind, Alan shared a surprising answer:

It’s kind of a first-world problem. ”Oh no, people want to have me come in and talk about my book and have my book celebrated?” Boo-hoo. I grew up in a working-class area, and all those people have actual jobs — police officers and firefighters and pipe-fitters. They’re out doing jobs, and I’m always aware of that part of it. So who am I to whine and complain about, “Oh, I have to fly to an event where they’re going to celebrate me and my book?” It doesn’t make any sense to me.

Listening to Alan, I had to agree. Book tours may be grueling, but how many people (and I’m including published authors here) get the opportunity to even go on book tours?

A day or two later I was watching The Colbert Report when Stephen embarked on the first of his two interviews with children’s book author Maurice Sendak, who is most famous for writing and illustrating Where the Wild Things Are. Maurice proved a rare match for Stephen with his outrageous and hilarious statements (he called Newt Gingrich “hopelessly gross and vile”). But the most shocking remarks were those about his audience:

I don’t write for children. I write, and someone says, “That’s for children”… I didn’t set out to make children happy, or make life better for them, or easier for them. …. I like them as few and far between as I do adults, maybe a bit more because I really don’t like adults.

Maurice went on to call book signings “dreadful.” When Stephen asked about groupies, Maurice said that he had them, but “they don’t mean anything.”

The interview was in all highly entertaining, but his comments about children and book signings gave me pause. Maurice could’ve been bullshitting, but his ornery 80-something persona felt pretty legit. He’s already rich and famous — what does he care?

Though I run a blog expressly about book readings, I rarely consider the dark side of reading and touring. I asked a published friend about her experiences, and she said that a week into her interviews and readings, she was admittedly a little tired of answering the same questions over and over. When I brought up Maurice Sendak, she said: “Think of it. That guy’s been asked about Where the Wild Things Are for decades.” My friend also made the point that authors have most likely finished their book a year or more earlier, so having to jump back into it might feel like getting stuck in the past.

In light of all this, I have to admire Alan Heathcock even more for his enthusiasm — along with all the other authors I’ve seen take unoriginal or bizarre questions in stride. And hey, the writers who express gratitude toward their readers and book groups and bookstores will reap an added benefit: when they publish their next book, they’ll be invited back.