A Theory in Tears – Cassandra Troyan 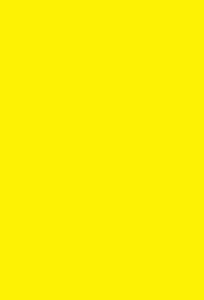 Of course, this theory was and is hackneyed and naïve and white. If white supremacist capitalist patriarchy teaches us anything, it is that anything can become its material (from neo-Nazi appropriation of anti-racist language to middle-class white people suddenly stumbling through a Marxist idea of class after the election and using it to shield themselves from accusations of white supremacy to the colonialism masked as feminism (“look how those women are oppressed by those men”) that rears its head when war profiteers decide it’s time to desecrate yet another people or country in Southwest Asia). Cassandra Troyan’s A Theory in Tears begins from this more thoughtful position: anything, even excretion, can become useful for the powerful. Specifically, Troyan takes up tears, investigating how their role in expressing the cultural value of certain forms of truth — by verifying emotional realities, revealing hidden affect, transgressing the polished boundaries of their stonefaced exteriors — tends to favor certain kinds of truth that retrench us more firmly in our positions rather than introducing new ways of seeing and feeling. Instead of substantiating spontaneous emotion and connections, Troyan suggests, tears usually confirm biases and retrench perspectives. Sure, we can drink the proverbial white tears, male tears, or rich tears, but they will not treat the pain that is the material of rape culture.

A Theory in Tears is the first of Kenning Editions’ Ordinance series for 2016, which also includes work from Julietta Cheung, Daniel Borzutsky, and Andrew Durbin and Daniel Spangler. It’s austere cover opens onto an account of the case of David Sweat and Richard Matt, the men who escaped from a prison in upstate New York in the summer of 2015. Both men had been convicted of murder, a fact that surfaced only at convenient moments in the media coverage of the case. Troyan arranges news clippings, splicing them together with their own interjections, and in doing so accentuates the relationship between sensational stories and the familiar narratives that provide their scaffolding. In this case, criminals are narratively transmuted into animals, a violent trope that somehow gains more force outside prison walls: the two men were literally posed like hunting trophies upon their capture. Meanwhile their accomplice — a woman working at the prison — was quickly styled into a whore. Amidst this coverage that works more like true-crime than news, Troyan also underscores the genre’s tendency to foreground individual affective experiences at the expense of a clear picture of the systems through which their meanings are determined. In the case of Sweat and Matt, the carceral state fades into the background. Amidst the media’s staged and stylized story, Troyan selects passages that quietly underscore the amount of resources spent on the “manhunt,” accentuating the capital that accumulates through the justice system while highlighting the hunting metaphor that implicates the case in powerful and dehumanizing paradigms:

When asked about the morale of the officers on the chase Major Charles Guess, head of the law enforcement team said, “you would not believe the energy here right now, everyone is very excited.” When asked about the expense of the pursuit Guess said they were not concerned and would spare nothing. The search cost the state of New York over $23 million just in overtime payment for officers alone.

Indeed, the unconcern about cost at this moment of Theory seems to just hang there — an indictment of law enforcement’s general entitlement. But as Troyan moves on to engage the treatment of Matt and Sweat’s accomplice, Joyce E. Mitchell, we begin to see something else. Mitchell’s assistance was quickly pathologized: “hybristophilia: a sexual paraphilia where an individual is aroused by the threat of danger from a sexual partner who is ‘known to having committed an outrage or crime, such as rape, murder, or armed robbery.” Cruel online comments about Mitchell, cold assessments of her fuckability, are knitted together with confessionals from sufferers of this pathology. The section culminates with Mitchell’s tears, which, because she is a woman, merely confirm her own ineptitude, criminality. More, her status as a prison guard nullifies what she has suggested was rape:

When the sexual allegations came up in court, prosecutors considered pressing rape charges against Mitchell for sexual contact with an inmate—a felony offense, since prisoners are not capable of consent — until she said Matt was the one who violated her.

How do we deal with the power dynamics between two men convicted of murder and a prison guard who is also a woman? Troyan’s intervention is illustrative: “The judge sentencing her said she had cost the state millions and the non-economic costs were ‘incalculable.” “You did terrible things,” he said.” It’s here that Troyan sets up the overall question for this short, pointed book: how are such costs distributed? What sort of return do we get from our cultural investment in tears? Indeed, in A Theory in Tears, tears work like currency: as a status signal for a few (think the rich white dude tears shed by Brock Turner) for whom they somehow read as truly penitent, and a material signifier of a leaking and uncontainable inhumanity for the many, whose cost the system simply must cut.

Over the course of the brief book, Troyan riffs on these questions rather than answering them. A large section is devoted to online confessionals — rape fantasies, propositions for role-playing, message board jokes about rape and hybristophilia. While much of this section is difficult to read, Troyan again treats the material with a light hand, underscoring the idea that rape has different meaning in different contexts. Which is not to say that there is any ambiguity here; for Troyan, it is clearly a weapon. But it works differently in different contexts, as do tears — a point made more violently in a section on Daniel Holtzclaw, a former Oklahoma City Police Department patrol officer convicted of multiple counts of rape. Troyan’s seething reading of rape culture rejoices in his tears upon conviction without stepping down from Theory’s conclusion: the whole damn system is guilty as hell.