“There are questions we could not get past if we were not set free from them by our very nature.”

— Kafka, in an unpublished fragment.

This year the Full Stop Interview Section took Nietzsche’s advice and embraced the virtue of untimeliness. Yes, deadlines were missed and publishing schedules neglected, but this is only the variety of untimeliness that the right kind of person seeks in a mate. We have been untimely in a deeper sense, simply indulging the ever shrinking impulse that drives freedom of thought, pure and simple curiosity, and the pleasure of conversation. We talked to Slovenian directors about the mythological Yugoslavian space program. We put two experimental science fiction authors in conversation and watched them riff on that Ballardian idea that sex x technology = the future. We spent a whole week celebrating the life of Albert Murray, a towering figure of American letters whose own untimely meditations on race, identity, and the creative impulse makes him especially timely in our contemporary moment. We talked Cervantes and the media, Shakespeare and sex, literature and illness, what it means to be southern, what it means to be pessimistic.

In 2011 Full Stop got hitched to online literary culture in a shotgun ceremony. Friends and family didn’t see it lasting, couldn’t think of a more inappropriate coupling. Yet here we stand, on the other side of our five-year anniversary. According to the Hallmark Corporation the traditional fifth year anniversary gift is wood (e.g. the kind of pulped wood we in the U.S. call “legal tender”), while the modern one is silverware (though we’d be perfectly fine with just the silver part). But in lieu of these we ask that you please consider donating to Full Stop to help us pay more talented, emerging writers and secure a space for critical intelligence and creative expression to thrive. You can also support us by subscribing to our digital quarterly or purchasing a copy of Full Stop: The Book. 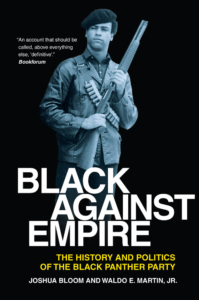 Affirmative Action doesn’t happen during the Civil Rights Movement or in response to the Civil Rights Movement. Affirmative Action happens in the late 60s, into the 70s in-part in response to the Black Panther Party. You have integration of police departments. You have access to higher education. You have all these kinds of changes. Can the Party take some kind of singular responsibility for that? No. But can you understand those changes, historically, without understanding the evolution of Black Nationalism and the party in specific? No, I don’t think you can.

The Cold War is still a kind of an enigma. I realized this when we were doing research about what was going on in Yugoslavia at that time. For instance, Object 505 itself is a sort of myth even for the Yugoslavians. It was like Area 51 because it was top secret, no one could see what was really going on there—all the farmers in the vicinity just saw planes fly directly into the hill—, so people speculated that there must be some kind of alien technology present. It was really the fuel for this fire of myths at that time, when you had people thinking there was so much more behind this wall or fence than there actually was. 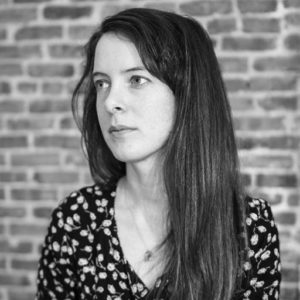 On the social level, I wanted to depict people who are middle class and working class and poor, and maybe haven’t gotten around to replacing a broken window or clearing all the shit off the porch, and maybe some of the native sons are in jail and some are in college. That mix. The default world of literary fiction is a very professional class, with occasional sprinkles of They Closed the Mill and Now We’re All on OxyContin. I wanted to be more matter of fact about post-industrial small town life. Some people are on OxyContin! And some are doing okay. And everybody’s kids are smoking weed in the woods. 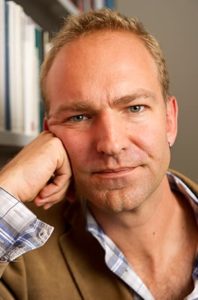 [Cervantes] lived in a repressive society, but at the same time enjoyed a freedom of movement that was altogether new for his time and culture. His long periods of captivity, especially in Algiers but also in Spanish prisons, always on mistaken or trumped up charges, sharpened his appreciation of freedom. An Albanian friend once told me that, growing up under one of the most repressive communist regimes in Europe she and her friends were astonished that Don Quixote was not censored or banned like so much other literature, and they felt a thrill at reading it and knowing how personally it spoke to them about how regimes crush liberty by deciding what is real and what is not. But in our ostensibly democratic societies today are we not also prisoners? Do not the media’s gilded cages tell us what to desire, how to live our lives? Aren’t our apparent freedoms in the end quite tightly circumscribed? 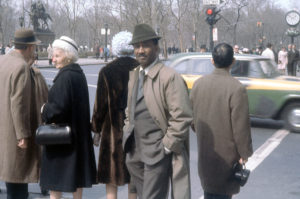 You wake up in the morning and realize that if you really look hard at what some of your possibilities are, life is a low-down dirty shame that shouldn’t happen to a dog. You could either cut your throat right then and get it over with, or you could try to pull yourself together to be ready to stomp at the Savoy by 9:30. What is likely to help you to do that? Not money, power, all those things. Getting your head straight will help you to do that. And that’s what the function of all art is. And of course, blues is an art form, and that’s what it can do for you. It keeps you from giving in to the melancholy, or the sense of defeat, or the sense of uselessness that you have. You get it together so that you really want to do something elegant yourself. You’re inspired to dance, to get with it, to get it on, to be yourself, to be with somebody else. You see? 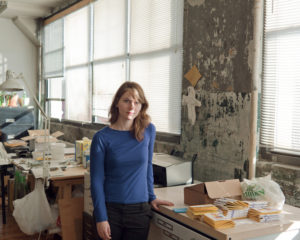 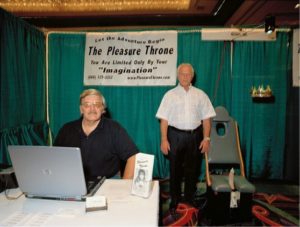 The set-up of Jobs is, of course, that sex and desire have been rendered entirely non-consensual, part of a bio-machinic production process, which I think is both dystopian (because, you know, how fun can machine sex be? Or, rather, how fun can machine sex be?) but also, to me at least, strangely utopian, because it’s a ‘have a your cake’ kind of situation—you can satisfy your sexual desire without having to worry about the contingencies of sex and/or desire. The trauma of sex is entirely externalized and, in a way, made rote, controllable, manageable. Middle manageable. I know some readers have found the world of Jobs frightening or sad, but I think I was just describing my own personal utopia. 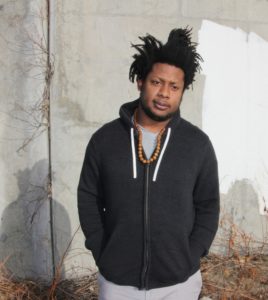 I wrote with ideas from Eileen Myles’ Inferno, where she says about narrative, to “pick points along the swirling line almost like a constellation that would simply indicate the movement without representing every little bit.” She also says, “I start with a problem and I keep returning the feeling of it, not the idea.” So I think those two ideas are the sensations and ribbons, and the swirl returns to and departs from certain feelings while indicating a whole without pretending to be whole. And rap albums are also wonderful for doing that, maybe because of the form. I’d been living with Nas’ Illmatic in my body for a long time, and there is this urgency about a specific place, some type of energy swirling throughout that knows it can’t say everything but wants to say enough. Like Nas captured the energy of his New York, I wanted to capture the energy of my West Virginia. 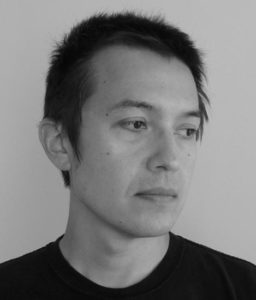 I’m not sure how helpful “philosophy”—whatever that is—is for self-discovery…and to be honest a “self” is really the last thing I want to discover. There’s an arbitrariness to something like the history of philosophy in the West, and the way that history is constructed and created, particularly when you look around you today. You see your peers and colleagues outlining their pedigrees and branding their philosophies and saying, “this is a school.” It would be nice to think that philosophy is open to whomever seeks it out, but the reality is that the histories, the lineages, the genealogies, the “Great Works,” are all constructed by people in privileged positions. There’s nothing written in stone about them. 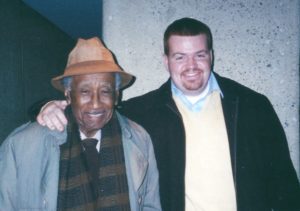 There is no contradiction between [Albert] Murray’s celebration of African American cultural achievement and the Omni-American concept, because for Murray, the black contribution is, in general, what is most American about American culture. Murray emphasized the importance of the idiomatic and the cosmopolitan. Along the same lines, he also emphasized an apparent paradox: the more idiomatic a work of art is, the more universal its applicability and reception. He looked to James Joyce as a model — a cosmopolitan who was exceptionally idiomatic, and who made his idiom feel universal. Another writer like that, I think, is Mahasweta Devi: her writing is very idiomatic, yet you get it. Murray said one difference between him and Ellison is that Ellison explains a lot of black stuff for white folks, which he (Murray), refuses to do. But Joyce and Devi don’t explain either. See what I mean? He wanted to be the most universal writer by being the “blackest” writer, just as he found other writers who plunged into their own idioms to be the most universal.