We like to keep the Full Stop blog a little out of sync from the rest of the internet. It’s a space to highlight the kind of writing that doesn’t quite fit anywhere else. The blog has provided an entrance into writing publishable critical essays for many authors, many of whom have gone on to write for other publications, and a few of whom are now in the process of writing books. We’re able to give writers a space to publish exactly the pieces that they want to write. That means addressing issues including the gender politics of yogurt viscosity, the insidiousness of cupcakes, the legacy of Stuart Hall, the art-historical significance of Chinese restaurants in America, memory, parties, Taylor Swift’s take on queer theory, a first-hand account of your average Valentine’s Day collegiate orgy, a rhetorician’s take on how to frame the climate change debate, a photojournalist’s critique of photojournalism, and a lot of stuff we haven’t even thought of yet. The internet needs the Full Stop blog because the Full Stop blog doesn’t care that much about what happens on the internet, and just follows its twisted little heart to whatever weird terrain it might need to traverse. Come with us, and, if you can, give a little money to help us keep going. 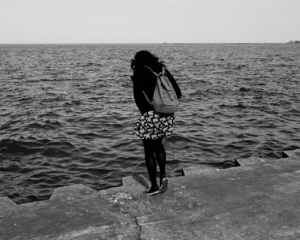 Mid-sentence, I forget how to write. I call my Mom to ask if she kept any of my stuff from elementary school, so I can teach myself to write again, but before I ask her I get too embarrassed to admit that I’ve forgotten how to write. I hang up. I open Google and type “How to write?” I don’t recognize it as writing when I’m doing this. 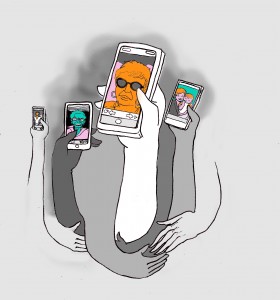 To touch and feel our technology is, essentially, what defines our human condition. “The development of bipedalism created an opportunity for our ancestors’ hands to specialize in feeling and grasping rather than walking,” Professor Alex Soojung-Kim Pang writes. “Evolution selected for hands that had shorter fingers, and nails rather than claws.”

Although we are genetically predisposed to interacting with our tools, every now and then a Sabbath must be observed. To counteract the guilt I felt for checking my phone so often I held Granny’s hand more than I usually do. We walked all over Sonoma like that. And when she was sitting at dinner one night discussing her parents and our family’s legacy, she began crying, and I went over and rubbed her shoulders until she sighed.

There is a Chinese restaurant in St. Louis, Missouri, with a painting of an Italian man holding a bottle of wine on the wall. There is a painting of peonies, traditional, and a scummy aquarium. Fluorescent lights, space heaters in January, fans in July. Very spicy tripe, pickled cabbage, chicken gizzards with peppers, sliced fish in chili oil. The effect of Midwestern Chinese restaurants on the long arc of my own masculinity remains a mystery even to myself. From a canted angle, outside or above the picture frame, I might be able to detect its influence, to see myself as a lonely boy looking at a sculpture of galloping stallions mounted on the wall, an idle noodle dangling from my chin. Or as a lonely man, paper screens separating my search for intimacy from consciousness.

Satanism is alive and well in America — but not in the way most people think.

True Satanists don’t sacrifice children in bizarre arcane rituals. They don’t gather in darkened enclaves to summon forth the evil gods spoken of in forgotten tomes, nor do they drink the blood of virgins from ornate chalices. In fact, most Satanists don’t worship the devil in literal terms at all, instead regarding Satan as a figurative representation of the rejection of any authority that presumes to restrict the freedoms and liberties of the individual.

Would anyone ever attempt a post-colonial reading of Scott? For a useful experiment compare Scott’s The Heart of Mid-Lothian with the Kenyan novelist Ngũgĩ wa Thiong’o’s Petals of Blood. Both novels are narratives of improbable journeys, and both share the same spatial logic. In Scott’s novel the young Effie Deans begins in provincial Edinburgh and proceeds on foot to London where she meets the Queen and receives a pardon for her innocent sister, accused of infanticide; in Ngũgĩ’s a tribe walks from the plains to Nairobi for drought assistance and receives nothing. In one, the legacies of colonialism are exposed (scarce state resources, corruption, arbitrary borders); in the other, the happy union between Scotland and England is symbolized, and the realities of colonialism transcended. This is the key to Scott’s celebrated nationalism: his imagined Scotland must eventually find its proud place in Britain’s imperial system. 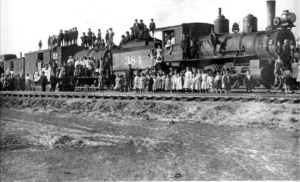 The prescription of an American life is what those children on the orphan train are probably hoping for — a job, some education, some family to tell them what time to go to bed. But on the train, during the voyage, both become unsubstantiated, both completely at the whim of wherever the train takes them. Stability takes a back seat to open-ended promise.

When the Student is Ready the Teacher Appears to Show You I’m Right — Sarah Neilson, October 9

I grew up understanding that you couldn’t possibly be a compassionate, aware, curious, intelligent, or creative human being and reject these beliefs once they were in front of you. Most people don’t “know this stuff,” as my mother always said, but once the truth is revealed to you, it restructures you on a subatomic level, doesn’t it?

I didn’t want this arrogance anymore. I wanted what I had always loved, but had switched off any time it conflicted with my beliefs: questions and debate. 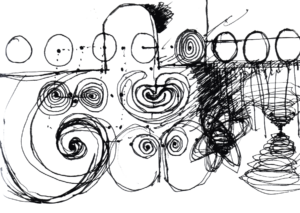 These reels of string unwind most easily from their open centre (still without a word for it). Out of a void comes a beginning. I didn’t want the indeterminate squared end ovoid shape of the reel, a shape made by a robot arm with specific practical concerns that I do not share. I want a sphere. I want to watch the accretions of layers pass through my hands. I will touch every part of it. The end is pulled and the void grows, the object is eaten out from the inside to become an Other, the reel disappears and a ball grows out from the centre in my hands. This takes about ten minutes, depending on how fast I wind. When I come to undo it I will pull the other end away from the edge of itself and begin again.

Ulysses is, in some sense, about the fragmentation of thought and culture in the modern world — a panoramic snapshot of human minds in 1904. That Twitter’s means of communication unwittingly mirror the capricious, chaotic flight of consciousness seems to me less ironic happenstance than ode to Joycean language — but the effect is uncanny, manifesting itself as a repeated stabbing of mysterious recognition. 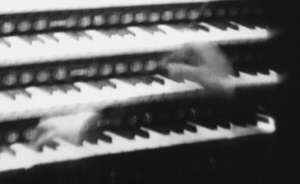 On the Hatred of Music — Macon Holt, November 25

It is a strange thing, especially when stripped of the accompanying iconography, although for many this may be intrinsic. In physical terms it is an atmospheric presence, the experience of precise changes in air pressure over time. However, the experience of these pressure changes by the nervous, societal, and cultural systems of human beings has garnered such significance that music has come to involve those who consume its present, often commercial form in a vast and intricate web of technology, ideology, exploitation, artistry, and much more. It is an economy of desire and fantasy charging the atmosphere.