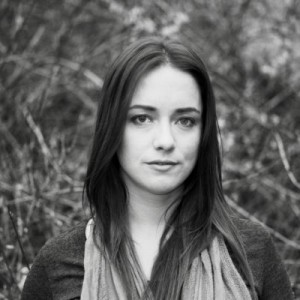 Amelia Gray is the author of a novel, Threats, and two collections of short stories.  She is very funny on Twitter.

Funny, just a few hours ago an acupuncturist was asking me what happened to me six years ago that started my night terrors and the shooting pain in my back and hips. She wondered if I had been in a car accident, had a bad fall, etc. I said, “The only thing that happened that year is that I seriously started writing fiction.” She said, “Interesting.”

Leisure is the most appropriate condition; I imagine the kind of true poverty that finds its way into a full-time retail job with no health insurance and screaming children and no heat in the winter would not lend itself to creative work. I am currently unemployed and low on funds but I have enough to get by, if not fully comfortably, at least with the time and energy to think and write.

I suspect that the more isolated, weak and sickly one must live, the more vigorous one’s internal life becomes. Think of R.L. Stevenson’s A Child’s Garden of Verses, which he wrote bedridden with tuberculosis. Or the poetic leaps in The Diving Bell and the Butterfly, by Jean-Dominique Bauby, who had locked-in syndrome. Perhaps it is more correct to say that the truth of one’s self, not one’s condition, is related to the truth of one’s writing.

I might be envious of others if I didn’t feel I was doing my best.

I can write marketing copy, create a poor-but-functional website, teach business communication and comp. I have fast 10-key skills and I am good at following directions. Unfortunately, writing fiction is the only thing that gives me stability.

I once had an interview to become a technical writer at an IT company. I bought a navy blue skirt suit and blazer from Banana Republic. It was an all-day interview on the campus and included breakfast, lunch and dinner, with lots of candidates for technical and managerial positions. At breakfast, I fumbled with a pair of tongs when putting a cinnamon roll on my plate and the pastry fell down my blazer and tumbled a sticky, wet icing line down my skirt before hitting the floor. I wanted to seem like a team player and so I got down and picked it up and ate it really quick. I did not get the job.

The fact that people might actually think this way makes me fear America.

A reader from Wisconsin emailed me to say, “I’m on page 262 of THREATS. It’s too good to end so I’m taking it a paragraph at a time. So far I’ve found two disappointing sentences, one not perfectly worded, the other containing a minor typo, which means it’s the best written book I’ve ever read. I’ll be 65 in December.” Seems pretty emotional. After finishing the book I had a strong urge to shout at passer-by and take my top off.

When a lie would be fruitless.