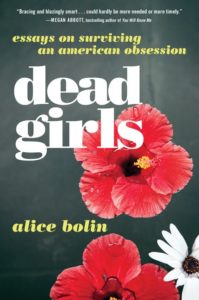 “There is a common attack on art that thinks it is a defense,” Rebecca Solnit writes in her book The Mother of All Questions. “It is the argument that art has no impact on our lives; that art is not dangerous, and therefore all art is beyond reproach.” Solnit, whose classic essay “Men Explain Things to Me” gave rise to the term mansplaining, has devoted much of her career to exploding this myth, observing that the distance between life and art is slim indeed. “You read enough books in which people like you are disposable, or are dirt, or are silent, absent, or worthless, and it makes an impact on you,” she argues. “Art makes the world . . . because it makes us.”

The argument over culture’s impact on society is seen in America nowhere as much as in discussions of gun violence and mass shootings. While morning-after op-eds have blamed everything from violent video games to celebrity culture, it’s been left to feminists like Solnit and Jessica Valenti to observe that the common denominator amongst the shooters (besides, well, guns) is a hatred of women, from their histories of domestic violence to their fury at women who denied their advances. This was the case at Parkland, Orlando, Isla Vista. And such hatred did not arrive spontaneously, from nowhere. “The murderer at Isla Vista was repeatedly called ‘aberrant,’ as if to emphasize that he was nothing like the rest of us,” Solnit wrote in the wake of the 2014 massacre. “But other versions of such violence are all around us. His misogyny was our culture’s misogyny.”

This is precisely the point of Dead Girls, the debut collection by essayist Alice Bolin — or a version of the point, anyway. Subtitled Essays on Surviving an American Obsession, the book takes its name from what Bolin has dubbed “the Dead Girl Show.” We all know this show: the one that opens with a woman found brutally murdered in a dingy alley, or washed up on the shore of a river or a desolate beach. She is always white, always beautiful. In death, she is ascendant, less a person than an ideal. There is always a detective with a “haunted, semi-sexual obsession” with her, a husband/boyfriend/father hellbent on avenging her death. Bolin fingers Twin Peaks as the OG Dead Girl Show, but the list is long and getting longer. True Detective, The Killing, Pretty Little Liars, Criminal Minds, CSI, and SVU are all Dead Girl Shows in some respects, to say nothing of Hollywood, which is populated with enough dead wives to fill a city: The Fugitive, Memento, Inception, Shutter Island. “The Dead Girl is not a ‘character’ in the show,” Bolin writes. “But her memory is.”

Like Solnit, Bolin sees tropes like the Dead Girl as symptomatic of and contributor to a society that actively perpetuates violence against women. She opens her book by drawing a direct line between domestic violence and the “boy heroes” of film noir and murder mysteries, stories in which female suffering serves merely as the starting gun in a tale of male redemption. (“American boys have trampled most of our popular stories,” she writes, bitterly but evocatively.) The crux of most serial killer narratives, she observes in the essay “Black Hole,” is not the tragedy of the victim, but the hypermasculine cat-and-mouse game between the detective and the killer — a “dream nemesis” whose depravity inspires fascination and even admiration in his pursuer. Bolin is similarly critical of Stieg Larsson’s Millennium trilogy, which, for their purported anti-misogynist sympathies, still fall prey to the trope of framing a woman’s murder or disappearance as a puzzle, a “problem” for the books’ male detective to solve. The women who are present in the novels, Bolin argues, read like a study in the male gaze. This includes Lisbeth Salander, the trilogy’s celebrated heroine, who is written as a “male fantasy of a rebel girl,” complete with unnecessary attention to her sexuality and a lingering focus on her body that Bolin sums up succinctly as “icky.”

This long discussion of Salander — who most definitely is not a Dead Girl — proves to be a crucial pivot point for the book. After a mere four essays on the Dead Girl Show, we turn the page to abruptly find ourselves transported to Los Angeles, where Bolin wanders about, haunted by the femme fatales of film noir and Raymond Chandler novels. Another page takes us to the loneliness of Britney Spears, another to the complicated legacy of Joan Didion, another still to French New Wave cinema and 2000s reality TV.

What’s going on here? Bolin, it turns out, is less concerned with Dead Girls than she is with “the more troubling mystery of living ones.” Everywhere she looks, Bolin finds “traps sprung in the narratives of female experience,” stories and characters defined by the claustrophobic borders of a patriarchal society — stories that inevitably spill out into the messiness of everyday life. Whatever its title, Dead Girls is first and foremost an interrogation of these false narratives: of women, of death, of California, of the essay itself, of “all these failed or imperfect strategies for living while female.”

This line of questioning, which treats the Dead Girl Show as just one facet of a larger problem, is both more interesting and less than Bolin’s initial focus. On the one hand, the book’s wide-angle approach opens the door to a thornier and more nuanced argument about the nature of power and privilege. For example, the final piece in the collection is a 60-page personal essay that addresses the violence that occurs when “white women [try] to situate themselves in stories they didn’t invent and wouldn’t have chosen.” The operative word here is white. Bolin is particularly critical of the way our culture sentimentalizes white femininity to create a widespread perception of white women as innocent, harmless, in need of protection — in short, as “girls.” (To compare: when was the last time you saw a show or movie that depicted a black woman this way?)

Bolin argues that this depiction blinds us to the fact that white women are responsible for a very large amount of cruelty in the world. You can see it in the story of Patty Hearst, kidnappee turned terrorist turned national darling; or the story of the Central Park Five, which preyed on age-old stereotypes of helpless white women and predatory black men. You can see it in the fact that 53% of white women voted for Donald Trump in 2016, or the recent sexual assault allegations against #MeToo icon Asia Argento. This is not to say that white women are not themselves victims of horrific sexual violence. This is to say that in the swirling morass of oppression and abuse, the line between victim and victimizer is rarely clear.

Women writers are responsible in their own way for propagating these narratives, and Bolin, to her credit, is deeply concerned about her role as yet another White Female Memoirist. “How can I use the personal essay,” she writes towards the end of the book, “instead of letting it use me?” Her most successful essays (“Black Hole,” “The Dream,” “Just Us Girls”) are blessed with this kind of self-awareness, an acknowledgment of her complicity in this dilemma.

But one wishes Bolin had pushed such questions further. For how wide-ranging Dead Girls is, it often fails to place its topics in this broader cultural conversation, giving several essays the narrow, cloistered feel of book reports. “And So It Is” begins with a tantalizing promise to explore the “competing realities of ‘reality [TV],’ journalism, and film,” but struggles to zoom out from its singular focus on the show Pretty Wild. “A Teen Witch’s Guide To Staying Alive” ultimately arrives at a powerful point about the resurgence of interest in magic and witchiness, but spends most of its time in the weeds analyzing the works of Shirley Jackson, Helen Oyeyemi, and Toni Morrison. Any piece of cultural criticism requires analysis, and any book comes with the caveat that your mileage may vary. But it feels particularly apt to mention for Dead Girls, whose red-herring title and attention to cultural minutiae risk sapping a reader’s patience.

There’s also a sense that Bolin has left several key questions unaddressed. In the book’s most compelling essay, “The Daughter as Detective,” Bolin probes her father’s fondness for Scandinavian crime fiction, dumbfounded at why her bubbly, gregarious dad is so drawn to these dark, violent stories. When asked, her father says only that they offer “the ring of realism,” an evasion that Bolin rightfully doesn’t buy for a minute. And yet she concludes the essay with the literary equivalent of a shrug, conceding that her father likes the books because “they’re exactly the sort of thing he likes.”

This is frustrating for obvious reasons, but mostly because it ducks a very good question: why are so many people obsessed with these stories? Since Serial kicked the door down back in 2014, the true crime genre has exploded into a veritable phenomenon, with podcasts and Netflix documentaries like My Favorite Murder and Making a Murderer breaking download records and sweeping up hundreds of thousands of devoted fans. Yet, in a baffling omission, Dead Girls barely acknowledges any of this. (There is one short essay on Serial and Dateline.) Bolin is primarily focused on the Dead Girl as a male preoccupation, “the victim’s body a neutral arena on which to work out male problems.” This may well be true, but it sidesteps the fact that a staggering number of the genre’s audience are women: 85% of MFM’s listeners, for example, are female. Megan Abbott has argued in the LA Times that these narratives, paradoxically, provide a sanctuary of sorts for women, a place they can “exorcise demons” of rape, sexual assault, stalking, and trauma. (As one of my female friends put it to me, “It helps to know you’re not alone.”) In many cases, this is because women are now telling these stories, taking back a narrative held hostage by the male gaze and repurposing it to reveal the toll of sexual violence on victims, survivors, and their families. Bolin may find fault with this, but she does her book a disservice by not even grappling with it.

Another way to say this is that the book should’ve been called anything other than Dead Girls; the title is a heavy anchor from which its restive essays struggle to break loose. And Bolin’s project, for better or worse, is more ambitious than its title suggests, more difficult to pin down — and part of a growing and necessary conversation. Maria Dahvana Headley put it well in a recent essay for Work in Progress: “Between the lines of every canonical chunk of Western mythology, there are fragments written in invisible and redacted ink, one line mentions of medical subjects, nameless women, those without birthdates, murdered ghosts haunting the history.” Or Bolin herself, simply and honestly: “I have tried to make something about women from stories that were always and only about men.”