A problem for someone trying to make the claim that pop music, or any art form, can have a political influence, is that when you try to discuss this idea outside of certain circles of the cultural/critical theory cognoscenti, some sort of conversational inertia seems to require that this notion be buttressed by a 1:1 type example in terms of specificity. Music journos try to do this because they are trying to effectively communicate with a general audience, even though this acquiescence is unfailingly met with audience antipathy. Music academics will also try to fulfill this criteria, desperate as they are (and this is not exceptionally the case with music) to explicitly illustrate the impact of their research, in order to earn their department research grants and themselves the arcane credits of academic research rankings, and thus hopefully keep the wolf from the their department’s and their own personal doors. (This has been shown not to work.) Once they achieve this: the research has been conducted and written up and published, research which, as has been established, is1 of considerable impact, to the ongoing project of expanding the field of human knowledge, the articles are then safely place behind an obscure journal’s exorbitantly expensive paywall, lest it be read by anyone without institutional credentials. This is to say that when popular music is mentioned in the same breath as politics, an atmosphere of incredulity can seep in, with crass empiricism seemingly the only way to keep it at bay. (This has also been shown not to work.)

Pieces in the press proliferate, with a desire to know where has the protest music gone?, what happened to music and politics? Such articles are desperately searching for the pieces of music that can later be knitted together to form what, in retrospect, appears to have been a movement. Music that allowed people to feel righteous, while in itself being utterly incapable of: ending the war, halting climate change, making poverty history, correcting the perceived inadequacies of the knowledge levels in Africa about when Christmas is, or repairing the damaged trust of the elephants. Most of this is nostalgia, as has been excellently debunked in the Quietus. This is simply not how music works. 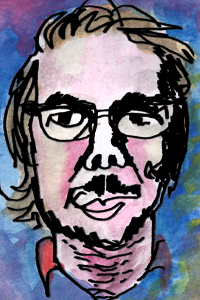 This is a problem in other media/modes of expression, but those that rooted in semantics seem to have an easier fight to be recognised as in some way politically expressive. Sure, you will find your average knuckle dragging men’s rights proponent (activist feels like the wrong word) lamenting that films or TV show or games, or even at a stretch representational art, should not be read into, because they exist merely for enjoyment. But I would still contend that these media have a lower barrier to entry in terms of being recognised, intentionally or not, as politically expressive. This may stem from something as simple as a lack of access to the available vocabulary to discuss the non-semantic experience of much music (even down to the delivery of lyrics as opposed to what they state). However, even the vocabulary that is available is pretty limited when it come to discussing the subjective experience of non-semantic content.

We have to go through an extraordinarily complex entanglement of subjective experiences, interpersonal and societal norms, and systems of power and control to even scratch the surface of the political in popular music. For example, it is not simply that Taylor Swift is banal in a post-Disney Channel kind of way2, but that her sonic-image3 refers to a world that champions such banality. Banality that, viewed in a particular context, is helping to tear apart the fabric of society and the ability of humans to inhabit the planet4. A world where a fawning letter to Apple to make a modest change in its streaming policy is considered bravery. If it were only Taylor Swift it wouldn’t be fair to pick her out, but her apparent power and popularity has made her refer to so much more than herself.

When we listen to “Shake it Off“5 we can hear some of this power, manifest in a number of different ways. Some may experience this song as a defiant assertion of her (and through the magic of projection, the listener’s) right to exist free from the oppression of haters, rather than in the critical mode I expressed above. This literal reading of the song’s text is more than merely supported by the music, but is entirely dependent on it for its power. Even if it were great poetry that Swift had penned, it would be confined to the sorts of literary circles, only slightly larger than that of the aforementioned cultural/critical theory cognoscenti, were it not for its musical setting. These words can reach because they are conceived as a pop song. The pitched-down sampled brass — evoking the relatability of the cheap keyboards in a school’s music rooms, a memory whose uniqueness will soon be stripped as it finds itself on the nostalgia-listicles of Buzzfeed — does more than carry the lyrics — it makes them worth hearing.

It is not enough to talk about the politics of Public Enemy or Radiohead, or to say that there is a tradition of political hip-hop or rock. That being a point of distinction is what immediately undermines the power such a discourse asserts on a case by case basis. The inference being that if this is political pop music then other pop music is not political. That the aesthetic experience stops at the subjective point of determining a personal and isolated sense of pleasure or displeasure. What I think we lose when we fail to read work like Swift’s politically is an ability to read between the lines. In a novel we can fill this literal blank space with inferences that differ from any stated intention. Between the lines in popular music there is sound that is entirely bound up in the history and power structures of what Steve Goodman termed the military-entertainment complex.

And this is where it becomes a little bit embarrassing. Like a Monty Python sketch I have no idea how to properly end this piece of writing. So I’ll just say that over the next few months I’ll be writing here about some of the issues I discussed above: how to write about music, how music functions politically, and how to best communicate these ideas.

1. This may seem to be the wrong verb, given that impact is something observed afterwards, this is however not the case in research funding. Here the actual impact is known in advance, and has occurred even if the paper goes largely unread.

2. I don’t believe Swift, like some of her contemporaries, was ever a Disney property. This is really just a vibe I get.

3. Yeah this is a notion that could use some unpacking, but it’s not for here. For the curious Adam Harper’s book Infinite Music might offer some pointers but that’s not definitive.

4. This is the point that usually looses people who aren’t already on board with this perspective. Basically I’m trying to perform a one sentence transduction between neoliberalism as hegemonic socio-economic system and the aesthetic practices of those acts that thrive in these conditions. I have written many thousands of words trying to sure this notion up elsewhere, some of which on this very blog so I won’t restate it here. The rest dear reader is up to you.

5. This is a link to the video, which I’m not going to talk about, to avoid using the visuals as a way around the music.