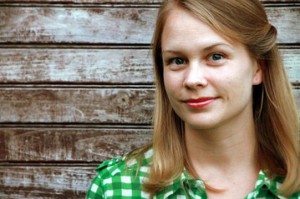 Megan Mayhew Bergman’s debut story collection, Birds of a Lesser Paradise, covers a spectrum of American geographies. There is the life of small towns in the South on the one hand, DC yuppiedom and a pitch-perfect Vermont potluck on the other. In the opening story of the collection, “Housewifely Arts,” the protagonist hopes to move her young son out of the South, believing he will have “a better chance of escaping childhood obesity, God, and conservative political leanings” in Connecticut. Yet the story closes with her decision to remain in North Carolina, and “Housewifely Arts,” like many of the stories in this subtle and humane collection, seeks to chart and dismantle — rather than play into — our pendulum tendencies to dismiss or romanticize what’s unfamiliar. In the story “The Right Company,” for example, the regular at Ella’s (a North Carolina diner serving red-eyed gravy and grits, fried chicken and hotcakes) is an effete foodie addicted to the idea of the authentic as much as the actual cuisine. The lovelorn protagonist of the same story attaches an oil painting of the Virgin Mary (“street-vendor beautiful”) to her bed with a Chip Clip, but the character isn’t tacky or overzealous. Instead, she observes: “All I needed of religion, I realized, was the beautiful sound of someone else’s faith.” Bergman grants even her most hardscrabble characters a sense of complex purpose and personhood, making Birds of a Lesser Paradise a distinctive and important first book.

The stories in Birds of a Lesser Paradise are all centered on the natural world: on the reality of global climate change and environmental devastation, certainly, but also on the beauty, complexity, and ruthlessness of biology. The soot-speckled lettuce of an urban co-op and the ragtag members of a homespun birding expedition convey futility and hope in equal measure. In the opening pages of the title story, the young protagonist describes why, after leaving for college, she decided to return to her father’s land: “We lived in a dying town with a dwindling tax base. I never thought I’d come back, but the swamp was in me; if Dad was half feral, I was one-quarter . . . At least in the swamp, there was no make-believe chivalry, no playing nice.  It was eat or be eaten out there, life at its purest, and it’s where I wanted to be.”

I spoke with Megan Mayhew Bergman via email about human exceptionalism, bad stories about biscuits, and apocalyptic writing.

So much of the current conversation in the media boils down to the so-called culture wars and red states v. blue. How do you see the diversity of your recent collection in light of that pervasive rhetoric? Do you see your fiction as in some way a reaction against those reductionist attitudes in American culture?

I’m not sure if I see my fiction as a reaction to those categories, but certainly in observance of them. I wrote many of these stories while I was still living in a funky historic neighborhood in downtown Raleigh, NC — a place where some of our friends didn’t feel comfortable parking their cars. I was absurdly fascinated by the culture collision on our street: a boarding house of Iraqi immigrants, a quintessential southern Bubba with NRA stickers on his pickup, a lovely gay couple, a female surgeon and her stay-at-home husband, a landscape architect who tied prayer flags to his trees, and the drug dealers next door who liked to smoke cigarettes on the front porch in their underwear. The culture wars, both imagined and real, make for great tension, and that’s the stuff narrative is born from.

Place is very important to my work, and I’m still getting my mind around the North and South, the unfolding loss of regionalism, the last vestiges of regional identity (which tend to be extreme), and the possible genericism of landscape and speech left in the wake of change as the “walls” come down.

You’re originally from North Carolina, though you now live in Vermont. Would you consider yourself a Southern writer?

I spent 30 years in the South, and three in Vermont. I feel like a Southern writer, and yet I already feel ties to New England. What I value most, I’ve realized, is not geography, but proximity to the natural world. I am a girl from the sticks if nothing else. I guess what I can understand, and perhaps feel most at home in, is a small town. (Cue Mellencamp.)

Sometimes I feel like the contemporary Southern writing that gets the most attention capitalizes on being grotesque: decay and trailer parks. Do you find there are tropes that come with writing about a certain place that you have to combat?

I go back and forth on this, and I think the success of writing Southern narratives and Southern characters rests on the skill of the author. I certainly wrote some early stories that stirred up tired ideas, stories I’d like to forget about old people and biscuits and church.

The thing I find most difficult to read in bad “Southern” writing is phonetic dialect; nothing reveals a tin ear like bad Southern. If an author has given us good characters, a palpable setting, and strong word choices, we get it — authors can trust the reader.

I like first person because it feels less formal, more like pulling up a stool at the bar and telling someone a story. It’s personal and intimate. I’ve always struggled with omniscient beings . . . That said, I’d like to try more work in third person; it presents opportunities and freedoms.

Why so many veterinarians in the stories?

I live with two, and am friends with many after my husband attended veterinary school. I love the profession — the proximity to animals, the physical job in a digital age, the constant heartbreak and ethical dilemmas — the stuff of narrative.

The collection begins with an epigraph from Charles Darwin’s On the Origin of Species, but a line from the Book of Genesis might have been equally apt, and perhaps the more expected literary reference. Why evolution and not Eden?

Frank Lloyd Wright once said — or I think he said — “I believe in God, only I spell it Nature.” That’s something I can get behind. I revere nature. Wilderness is sublime and necessary, the most fundamental entity.

I am fascinated by human exceptionalism, the way many of us forget we are actually animals. There are people out there who think we have transcended our role in the animal kingdom by virtue of our minds and “higher levels” of consciousness, or a God-given mandate, and that those things entitle us to the world’s resources. Because I believe in evolution, I believe that all aspects of our bodies and minds spring forth from mutations, e.g. mistakes. We have a self and sapience; lightning bugs have bioluminescence and god knows what else. The way I see it, none of any animal’s physical or mental traits are intentional; they just are. They happened and they persisted through selection, not because any one branch of the evolutionary tree was more “special” than another. Therefore I believe I am no more important or entitled to the world’s resources than an orangutan or an octopus.

Now — do I live in accordance with these beliefs? Not really. But my work is concerned with this tension, what my editor called “the pull of biology on our modern lives” — moments when our animal nature, instincts, or affinity for the natural world surprise us. I am more prone to steer away from any sort of prescriptive moralizing, and am more apt to say isn’t our behavior weird? At the heart of my stories, most of my characters are just trying to get by, find their way in the world, or, as a nod to the epigraph, struggling to survive.

Keeping with the biology theme, plenty of characters in Birds make choices that I guess you could say decrease their fitness, from the anti-reproduction (“voluntary extinction”) activist in “Yesterday’s Whales” to the compulsive animal rescuer in “Every Vein a Tooth.” Was this predicament — of personal well-being versus ideology — a theme you set out to explore through fiction, or did it arise as the stories developed? What draws you to this subject?

Yes, completely. I like the Oscar Wilde notion that we are all our own devil; we are always, in our own way, searching for meaning, acting in compulsive ways, analyzing ourselves to the point of self-disgust. As mentioned above, I have plenty of ideas about human entitlement and the environment, and motherhood for that matter, but I fail to live in full accordance with those beliefs, or my vision of perfection. No matter what one’s beliefs or intentions are, one inevitably fails the big idea or the self. The character wants what cannot be had.

I think we live in a time where it’s easy to be self-righteous and practice armchair activism by getting real in-your-face political on Facebook, something of which I’m guilty. Though I certainly possess some strong, and perhaps some radical, socio-political views, as a writer I’m interested in where we (I) fail, the way we hold well-intentioned views and make decisions that don’t live up to them. My story “Yesterday’s Whales” is an example; I believe in population control, and in my most melancholy moments in voluntary extinction, but I have two children.

Do you think fiction can inspire social change? Should it strive to?

I think it can, it has, but it shouldn’t always strive to. Fiction is a big house, and too many big ideas and agendas might chip away at the pleasure art brings us. But absolutely — I think art can model pain and consequence, and should.

I first read the collection in 80 degree March weather, which made me nervous. I was strangely comforted to find that “The Artificial Heart,” set in 2050, takes place in a future that is ecologically grave but not yet apocalyptic. How did the world of this story come about? Were you ever tempted to do more of a The Road scenario?

In full disclosure, this fictional world came about when Oxford American asked me to contribute a story to their future issue. I was starting from scratch and happened to be attending a veterinary conference with my husband in Key West, Florida. I have a line elsewhere in the collection about the world being a little less fresh than it was for our parents and grandparents, and I had that sensation, walking along the Key West beaches.

The prevalence of apocalyptic writing these days shows, I think, our very strange acceptance that these scenarios are inevitable. We don’t know when (50 years from now? Hundreds?) or how or what they will look like — zombies will be there, obviously — but I think we know enough about human nature to realize that we’re not going to do the right thing, collectively, in time to save our quality of life and natural resources. Restraint is not a human specialty. If it was, we would do more for our planet, and we would do it now.