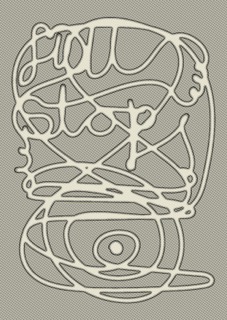 In the 1830s, at the height of what is often called the “golden age” of Russian poetry—the age of Pushkin and Lermontov—Yevgeny Baratynsky could not convince himself that the work of the poet had any place in an industrializing, information-obsessed world. In “The Last Poet”—the first poem in his 1842 collection Dusk (recently published in a new and beautiful translation by Rawley Grau as a part of the collection of Baratynsky’s works, A Science Not for the Earth)—he writes of the poet’s attempts to beckon both nature and society back to their shared territory in the poetic word. In Baratynsky’s view (a variant of a common theme in the Romantic tradition) only the poet, a prophet-demon-spirit-angel in human form, can traverse the obscure pathway between the human mind and the reality of nature.

This power, however, is dulled by unrelenting rational analysis and the petty vagaries of society, the fracturing influences of modernity. To no avail “the unsought child of nature’s waning powers” entreats the heartless followers of Urania to remember and experience their emotions. The poet is now a figure of derision, and he loses access to both sides of the channel his craft is meant to open:

This cliff . . . the shade of Sappho . . . and the song
Of the waves . . . Where Phaon’s lover had once buried
The hapless fire of her rejected love,
In this same spot now he, Apollo’s pupil,
Would bury his dreams, bury his useless gift.

On that cliffside, nature, myth, and thought made material in poetry share one location, one history, one being; but as the poet buries his gift, the gods, his fellow humans, and the ocean waves are all equally indifferent. It is humiliating: “the billows of the sea/fill man with embarrassment,/and from the booming waters he/walks away with an aching heart.”

It’s certainly true that life under capitalism is fundamentally humiliating, and only increasingly so, it feels, since 1834. And yet, it’s 2017, and we feel we could have put at least some of Baratynsky’s concerns to rest, if only because Dusk itself is such a perfected linguistic construction. Its brilliance doesn’t fade, no matter the fact that it was never in fashion—not now, and not when it was published. Baratynsky writes with the assiduity of a scientist working on an experiment he desperately hopes will succeed: if he is precise, slow, meticulous, can he dissolve the representation of a speaking subject, the experience of time? Can the words break down the seemingly intractable alienation of the individual human psyche as it has congealed in the modernizing world?

Dusk reminds us of the enormous variety of potentials—metaphysical and otherwise—embedded in the kind of art that people make with language. And so, this issue of the Full Stop Quarterly is concerned with the processes and systems that make up and facilitate writing and reading, and in particular with poetry, the perpetual avant-garde.

The authors of many of these essays have laid out explicit stakes within various poetic currents, and made strong cases for the poetry of the future—what it should be, and (in practical terms) how it can come into being. In this issue, there are great documents for literary history: careful, detailed apprehensions of changing artistic landscapes. The first set of essays reflect on the structures and intricacies of poetic practice—its histories, attached social, economic and political complexes, and aesthetic ambitions—from different standpoints across the globe. Following, in two wide-ranging conversations, poets speak about their practice and how it has taken shape. Some pieces start to push just a little at the reality of time and space. The visual contributions aggravate cracks in the digitized material of word and image. A final set of essays attends to the phenomenon of reading, minute by minute, word by word: intimate, lonely, collective, and fantastic.