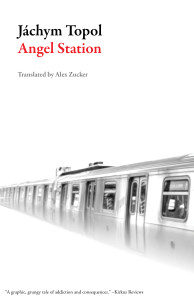 Years ago, in grad school, a writing professor once asserted to our class that writers were either ‘hot’ or ‘cool.’ To illustrate his point, he quickly (and problematically) listed several Latin American authors as examples of ‘hot’ writers. I don’t have a clue what the professor actually meant – it’s possible he might not have been certain, either; for better or for worse, everyone in the class let his assertion evaporate.

The line versus the chapter. Sensation versus plot. Faulkner versus Roth.

I wonder if, in our country, fiction, and large press fiction in particular, has shifted into a climate of coolness. Much of our contemporary published storytelling is less lyric, less focused on language and sensation, and more about what happens. And I wonder if the workshop model itself leads to writers of coolness instead of writers of heat. The very construct of the workshop, a group of people gathered to discuss a work, privileges clarity over ambiguity: everyone must first agree on what’s happening in a story in order to then critique it. And, far more often than not, workshop privileges story over sentence; language is even more subjective and harder to discuss than whether or not an ending, say, is or isn’t well-resolved.

Though hot American novels may be fewer and fewer, thankfully, some of the rest of the world is still burning: here we have Angel Station, the second in a trilogy of novels by Czech author Jáchym Topol. All three works in the trilogy were originally published in the Czech Republic in the 1990s, and all three consider and depict Prague at that liminal stage before, during, and after its departure from its communist regime.

The plot of Angel Station, though it unfolds in a series of time and consciousness fragments, is easy to summarize: protagonist Hooks lives in Angel Station, a (then) violent and impoverished neighborhood in Prague. He meets and falls in love with Lyuba, a spacey but kind neighbor in his building; soon, though, he falls into drug use with another woman, Vera, and the two go to Paris where Hooks accidentally cooks the best batch of meth ever. Things get out of control, so he returns to Prague, where he checks himself into a sanitarium. After drying out, he returns to Lyuba, but soon Vera returns in search of Hooks’s magical meth recipe, leading to the novel’s fairly horrific conclusion. There are others characters in Angel Station: a violent rapist shop owner, Machata, living in Hooks’s building; a young country girl who’s been essentially bought by Machata; Machata’s wife, who has left him and become a religious zealot; even, late in the novel, a hitman named Li; and many more. The vast cast, the gruesome setting, and the awful abuses are all – presumably! – a vivid recapturing of a fraught time and place.

But style is the driving force of Angel Station. From the novel’s first paragraph, Topol makes this clear: “There was a light above the buildings. High up in the faraway sky, falling in strips, then in a seamless layer, the solid white curtain slammed down into the city, swallowing it up, shrouding it from the universe, it fell suddenly, snapping down like a shop window blind.” Topol races through situations most authors would milk; Hooks’s relationship with his parents is skimmingly dismissed, and his various jobs are also sped through. His time in the sanitarium passes quickly, as do many grim moments: “One day he noticed spatters of blood on the staircase. He walked around them but rubbed against the wall. The blood was there too. One day he opened the front door, guy came running out with a knife in his hand.” Angel Station is a seething novel of accumulation, fast, strange, and destructive: “He fell off the barstool, almost broke his arm. Showing off. Bought some hash off Činča, chunks big as his thumbnail. Sparked it, that was the ticket. He urgently needed to drive the night into a frenzy, in every corner, at all hours. He knew what came next: graves parading before eyes, people lying in them. He was gradually losing the past, the present was wounding him, and as for the future he didn’t know shit. An uncomfortable time.”

That beneath the blur of senses and language is not only a crafted plot but also dozens of rhymed images and motifs shows that Angel Station is also, quietly, thoughtful and intricate, and that its author is capable of writing the kinds of novels we’re used to reading here in America. Topol could have quite easily written Angel Station as a work built upon sense, meaning, and clarity, as a novel without ambiguity, one that unfolds clearly and neatly for the reader. But instead he’s chosen to wipe an impatient hand across anything neat, blurring it all together, choosing disorientation over clarity, strangeness over familiarity, and a welcoming and too-scarce heat over coolness.