Why are we so often dogged with feelings and impulses that don’t seem to align with the values that we claim to hold? We’ll feel enraged by a friend’s success, melancholy in the wake of a great sexual experience, lonely after being praised for producing exemplary work. Feelings move through us at all times, even when we’re not aware of them; yet, despite our best efforts to lead good lives, we think and feel things that seem inappropriate, shameful, even alarming. How is this possible? In Philip Roth’s novels, such incongruities come to the fore. It’s often the appearance of success or love that prompts his characters’ despair, and the impermanence of those things that drive said characters even deeper into the darkness. 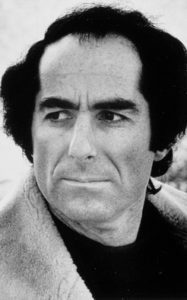 Philip Roth was certainly not the greatest writer of the 20th century. Many who came before him—and likely a few who came after—attacked the novel with greater formal ingenuity and a deeper sense of consciousness. The work of these writers—such as Proust, Joyce, Kafka, Beckett, and Nabokov—embodied the dissonance of contemporary life in a more total way. These writers thrived in an era in which the revolutionary spirit still haunted art. They described something true about the world not only in what they wrote about, but also in the ways they wrote it. They managed to criticize the idea of the novel as well as the ways we’ve historically experienced it.

But Roth wasn’t interested in changing the novel as much as he was in exploring the way it feels to live in the world today. It wasn’t his job to explain the phenomenon of alienation, how the schism between feeling and activity actually unfolds; others had accounted for this. Instead, his self-appointed task was to journey deep into his own psyche—to root around, observe, provoke, record. His books were the first ones I encountered that provided me with a relatable view of contemporary despair. As a teenager picking up Roth for the first time, I took solace in his emphasis on his characters’ negative drives, in his portrayal of their immoral urges and unsavory desires, and in the fact that, though they often achieved some degree of success in their work or art, these successes usually made them feel even worse about themselves.

Growing up in a fairly emotionally oppressive Jewish household—two, actually, since my parents divorced when I was five—I was conditioned early on to view my negative emotions as something bad that I was unnecessarily inflicting upon myself. If I was ever anxious, sad, fearful, or depressed, those feelings weren’t explored so much as addressed and exterminated. I quickly came to believe that all the bad feelings I had were my own fault, and that I could avoid them by simply changing my perspective and deciding not to feel them. My father, a student of the anti-psychological, New Age platitudes of Eckhart Tolle et al., taught me to simply “be in the now,” to basically avoid thinking and feeling at all costs. I tried to do as I was instructed, and I became emotionally unavailable, despondent, monotone. I did anything to avoid acknowledging—and, god forbid, expressing—the growing dissonance inside. I’m still working my way back from those formative lessons, because what those New Age figures don’t account for is sublimation.

I can’t remember whether my first Roth novel was The Plot Against America or American Pastoral, but whatever that first domino was, it set off a series of experiences full of suffering and wonder: The Human Stain, The Anatomy Lesson, Portnoy’s Complaint, Everyman, Sabbath’s Theater—the list goes on. I discovered Roth as a teenager, and he absolutely ruled over my twenties—for better or worse, he has probably had more effect on me as a thinker, writer, and person than almost any other single figure. When I first encountered his work, I remember feeling deeply engaged not only by the expansiveness with which Roth presented the modern psyche, but by the beauty with which he wrote about it. Roth was the first writer who could knock the wind out of me with a paragraph-long sentence. He was also the first person to make me feel like it was possible to hold success and despair side by side, to be ravenous with desire and also sick with shame, to be connected to your heritage and culture and also feel estranged from it. He mastered describing a certain bourgeois phenomenon: that we can be deeply neurotic and self-destructive, but also strive for—and in some cases achieve—some degree of self-consciousness; many times, however, we fail. He captured what it’s actually like to be a person in the world today: you harbor deep anxieties, you sublimate them in work and sex (which are often unfulfilling, or at least produce deeper anxieties), and then you disintegrate. But you still find integrity in doing those things well, because they’re often all there is.

In The Anatomy Lesson—my favorite Roth novel—writer Nathan Zuckerman lives with incessant, existential-cum-physical pain. Unable to figure out what’s causing it, he lies around his apartment drinking and doing drugs, wallowing in his misery, reflecting on the paths that may have brought him to this point. The Anatomy Lesson is a master class in anguish, a discourse on alienation—yet it isn’t simply a wistful exercise in describing misery. In a sense, it’s Roth’s meta-treatise on the life of a writer. In one revealing passage, he writes:

It may look to outsiders like the life of freedom—not on a schedule, in command of yourself, singled out for glory, the choice apparently to write about anything. But once one’s writing, it’s all limits. Bound to a subject. Bound to make sense of it. Bound to make a book of it. If you want to be reminded of your limitations virtually every minute, there’s no better occupation to choose. Your memory, your diction, your intelligence, your sympathies, your observations, your sensations, your understanding—never enough. You find out more about what’s missing in you than you really ought to know. All of you an enclosure you keep trying to break out of. And all the obligations more ferocious for being self-imposed. 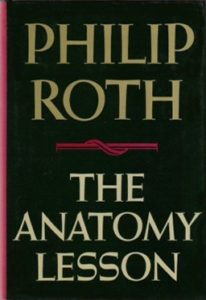 In the end, Zuckerman decides to give up on living the life of a writer, instead deciding to go to medical school. This twist isn’t only an impossible, buried wish of Roth’s, but a comment on the impossibility of being wholly fulfilled by the work we choose to do.

These challenging issues arise for many of his characters: the inquisitive Ozzie Freedman (“The Conversion of the Jews”), who provokes consternation and violence from both his mother and his rabbi when asking difficult questions about the New Testament; the lecherous Mickey Sabbath (Sabbath’s Theater), who habitually masturbates on his ex-lover’s grave; the aged Zuckerman in Exit Ghost, who left his beloved New York City to live in a cabin in the forest for 11 years. Roth concocted characters who expressed the complexity of modern internal life. With their fucked-up pathologies, they always had a tremendous magnetic pull for me. They directly, gloriously contradicted my family-given impulse—or, rather, the societally-given impulse, delivered by my family—to build a barrier against my unconscious.

It’s easy—as many critics have—to read these novels and to judge Roth and his characters morally. But I think those analyses miss the larger point: regardless of race, sex, or gender, we all struggle to understand what really drives us. Thinkers such as Marx and Freud have offered answers to this question, yet we continue to deal with many of the same issues that they faced. We seem to need something more, or at least a new way of framing the problem. Roth didn’t give me any concrete solutions, but he did show me that I wasn’t alone in struggling with the question.

Adam Rothbarth is a writer, editor, and musicologist whose work has been published in Apple Music, Vice, Spin, Pitchfork, McSweeney’s, and more. Follow him on Twitter at @variationsss.