In her 1942 autobiography, Dust Tracks on a Road, Zora Neale Hurston writes, “If you have received no clear-cut impression of what the Negro in America is like, then you are in the same place with me. There is no The Negro here. Our lives are so diversified, internal attitudes so varied, appearances and capabilities so different, that there is no possible classification so catholic that it will cover us all.” And so, too, does the fiction of debut novelist Cole Lavalais, a lifelong resident of Chicago, express true subjectivity in her Summer of the Cicadas. Over the course of weeks during the early spring, Lavalais and I exchanged letters about literature, history, family, and the artists who helped her along toward publishing her greatest achievement yet. 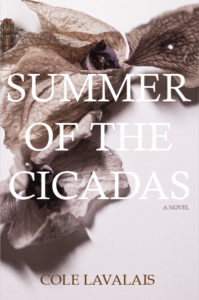 A.M. Davenport: Cole, we’re talking on the eve of your first novel’s publication; I find myself wondering what your journey has been like. Where have books taken you? What do you hope for your reader to find in Summer of the Cicadas?

Cole Lavalais: My intention is to present one woman’s experience at a particular moment in time within a particular context. Edwidge Danticat wrote a letter to her protagonist at the end of Breathe, Eyes, and Memory, and it’s always stayed me with. She apologizes for the ways the world will make her story representational for all young Haitian women, and I’ve never been able to forget it. That idea of a singular story is what sits at the center of Summer of the Cicadas. All of the characters are struggling to not be representational. So I hope readers feel as if they know Vi by the end of book, but also realize it’s all they know. Vi’s experience is not every black woman’s experience.

Chicago and the South play such integral parts in Vi’s life as she leaves the North for her college studies. 100 years after the Great Migration, what do you think Vi learns from her Southern sojourn?

Place is central for Vi’s story mainly because I see place in opposition to biology. The difference between who you are and where you are. And Vi is really invested in the strength of biological bloodlines, so the move from the urban North to the rural South test the power of both biological bloodlines and place.

My parents are both from Down South, Louisiana and Alabama. And though I was born in Chicago, I spent many summers with my maternal grandmother in Alabama. It was just so different. My grandmother lived out in the country, so there was a lot of open land and chickens, and hogs and dogs just wandering around, so when I decided to attend college Down South, the move wasn’t as jarring for me as it was for some of my classmates from Chicago, Detroit, New York and D.C. I remember several kids really struggling to adjust to the difference in weather, language, music…etc.  Some of them held on and made it through that first year, and some of them went back home. It really is a different culture.

For me both places were home, Chicago and Alabama, but I also felt like I had to choose, that I had to rep either one or the other. There’s some residual resentment among some black Southerners and black Northerners. Some Southerners resent their “cousins” for leaving; for leaving the South and leaving them to bear the brunt of southern racism. But the fact remains that no matter what part of the country you currently live in, for many black Americans going South still means going home, so what happens when you go and your family is gone or, even worse, unwelcoming? I wanted to explore that space. 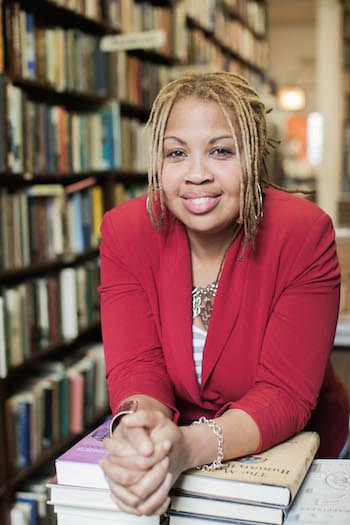 Summer of the Cicadas is a book about books. It’s a deeply human, literary work. I find influences of Calvino, Ellison and Toni Morrison here, but who are the other novelists (whom I might not have picked up on) that influenced your first work? Additionally, because you write so well about the worlds we create when we read, I wonder what roles libraries play in your life.

This is such a tough question, because I’ve been so broadly influenced by so many wonderful writers. One of my largest influences in terms of tone and place is Gloria Naylor. I can’t tell you how many times I’ve read and reread Mama Day. Mama Day is the story of two lovers struggling to overcome otherworldly barriers to be together. Each time I read it, it reveals something else about craft to me. Naylor is a master at managing voice and creating a sense of place. I’m also a huge fan of Toni Cade Bambara, Edwidge Danticat, and Jamaica Kincaid’s work. Cade’s Salteaters takes on mental illness in a way that I’ve never seen done before. While it can be difficult to access at points in the novel, it’s worth it. The way she manages multiple voices is unbelievable.

Some of my earliest memories of hanging out after school or going out on Saturday with my mother are visits to my neighborhood library. It was this little storefront on 79th street between Stony Island and Jeffrey Avenue on Chicago’s south side. The library was always a safe and fun place, but it was so very tiny, even as a little girl I thought they needed more books, so when I got to college, I was overwhelmed. Florida A&M University’s library was amazing to me. It’s where I discovered so many black woman writers. I used to just wander through the stacks. It’s where I discovered writers like Terry McMillan, Ntozake Shange, and Tina McElroy Ansa. I really had no idea so many wonderful black women were writing these smart, and relevant books. And that they were all right there, just waiting for someone to access these wonderful stories. In high school I read stuff like Kubla Khan and Catcher in the Rye. Literature felt foreign for me; something I had to fight to understand and relate to even though I loved writing. I was a columnist on my high school newspaper. I wanted to write like Mike Royko, but I never thought I could be a novelist. I knew about Toni Morrison, but there’s only one of her, and I knew I couldn’t do what she did, so I didn’t even consider trying. But my college library changed that. My roommates and I would read Terry McMillan’s books together and quote lines to each other. It was like she had a window into our lives, our relationships, our fears. I just had never read writers who felt so familiar to me before.  The library became a lab of sorts for me. It’s where I first discovered I could be a writer, so I guess that’s why it seemed natural for Vi to try to discover herself in the library among the books.

Cole, who are the people and institutions who have supported you and helped you as you’ve grown into the writer you are today?

I received my undergraduate degree at Florida &M University, and my M.F.A. in Creative writing from Chicago State University. The only M.F.A. program in the country with a focus on African American literature and writing. My time at Chicago State has been the most valuable to my writing career. To get to study with a literary icon like Haki Madhubuti was unbelievable. He founded and runs the oldest black publishing house in the country, Third World Press. He taught an unbelievable course on publishing which was really more a course on how to make your writing a conscious practice.

One of my most valuable relationships at Chicago State was with the brilliant novelist Sandra Jackson-Opoku. She’s currently at work on her third novel and we still keep in touch. Working with her was really a dream come true. She was a loving, patient, and honest guide, and really encouraged me with Summer of the Cicadas in its earliest stages. I also have a PhD in Creative Writing from University of Illinois at Chicago.

Writing can be so isolating. If you don’t push yourself out into the world, you might get overwhelmed by the worlds you create, so I’m always looking for new ways to connect with my writing and other writers. I’m a part of a group of local Chicago writers, called VoCL (Voices of Chicago Literari). We workshop, have dinners, discuss writing stuff, and host readings for other Chicago area writers. It’s just wonderful to have a community of people who get it. They understand the difficulty and joy of getting onto the page, and they also understand how important it is to reach outside of our little circle to foster a larger community in the Chicagoland area.

I’m also a Kimbilio Center for Black Fiction Fellow. We get to spend a week in the forest on a mountain in New Mexico with funny, smart, and generous established writers like David Haynes, ZZ Packer, and Dolen Pekins-Valdez, just to name a few.

I’ve known about Willow Books, who published Summer of the Cicadas, for many years. An independent press run by a black woman in the Midwest is not a secret we keep in my circles. Heather Buchanan is tireless in her mission to promote and publish writers of color. Willow Books is very active with yearly poetry and prose book prizes and annual litfests. My book ended up at Willow Books due to my editor, Randall Horton. We went to graduate school together, and he has supported my work for years. Randall is also a poet and has a bestselling memoir out called Hook. He really has lived a fascinating life, and he brought all of that to this project. It was a wonderful thing to have an editor who really understood the tradition I’ve come up in.

A.M. Davenport is the Interviews Coeditor for Full Stop and an Editor at The Scofield.

Utopia Can Be Banal: The Unfinished Ballad of Kenny Dennis