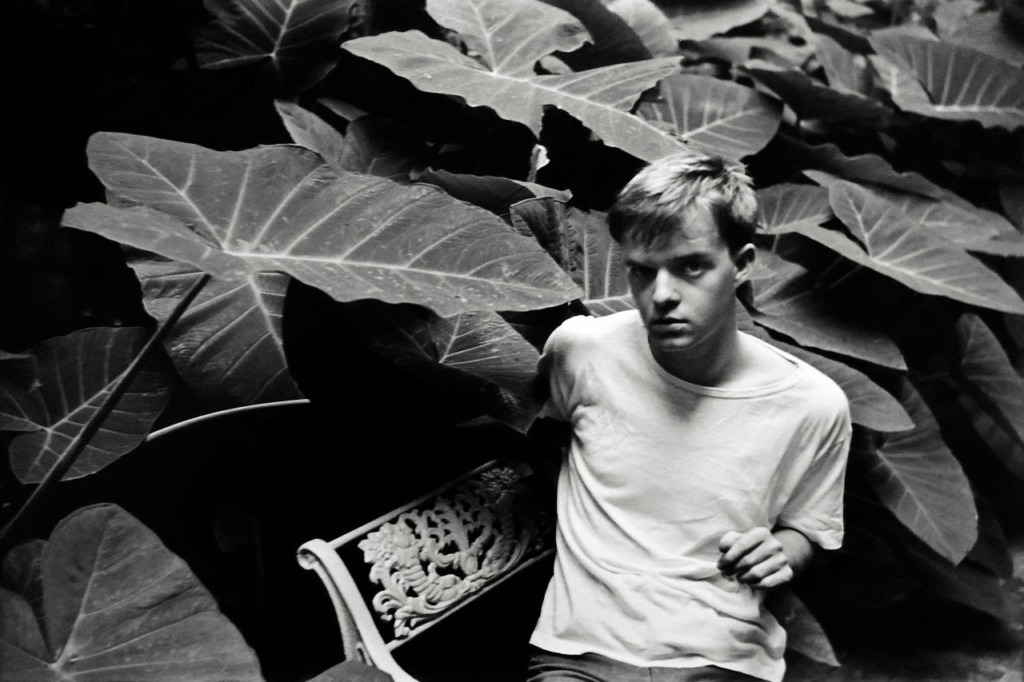 Truman Capote was born in a New Orleans hospital. At the age of four, his mother plucked him from The Crescent City and abandoned him in the small town of Monroeville, Alabama. He meandered around the main square and his aunt’s millinery shop while his mother searched for fame in New York City.

In that insouciant Alabama town surrounded by cotton fields, he befriended his next-door neighbor Nelle Harper Lee, who would one day win the Pulitzer Prize for To Kill A Mockingbird. Truman was a blue-eyed, bantam chicken; an expert cartwheeler and a dress-up. Nelle was an avid reader, a tomboy, and regular spectator at the town courthouse. They were thick as thieves, spending afternoons climbing in the chinaberry trees in their front yards. She protected him from broods of bullies, and, on hot days, they would retire to Nelle’s father’s home office to write stories.

2015 is the fiftieth anniversary of the publication of In Cold Blood. Random House is releasing a collection of never-before-published stories from Capote’s teens and twenties, discovered in the archives of the New York Public Library. Setting his stories largely in the American South, the young Capote wrote with a voice and narrative vision that blossomed into Other Voices, Other Rooms (1948) and Breakfast at Tiffany’s (1958). While his early stories are structurally simple, they evince a prescient social conscience.

The influence of an author’s experiences and relationships on his or her fiction is a question that has forever titillated readers. After an author’s death, this fascination redoubles. Capote’s early stories resound with references to small town Alabama and characters that resemble his youthful self and a spritely Nelle Harper Lee. “Parting of the Way” is about an alienated young man, trying to return home. “Mill Store” is about a little girl with eyes like “bubbles of blue glass” and “fine, honey colored hair,” exactly like the author’s. “This Is in Jamie” tells the tale of a precocious young boy, “small for his age,” lusting after a pup. It’s easy to imagine a Capote transposing his childhood image and emotions into these stories.

In “Miss Belle Rankin,” a neighborhood recluse dies in small-town Alabama among her Japonica trees. The first literary acclaim Capote won was a short story competition at The Mobile Register for a story about his reclusive neighbor, Sonny (not included in the Random House collection). The story was to be published in the paper, but when his aunt found out it was about Sonny, she forbade it. Sonny would later serve as the model for Boo Radley in Harper Lee’s To Kill a Mockingbird. In her novel and in “Miss Belle Rankin,” Sonny is granted a fictive life that far exceeds his hermetic existence.

When, in the second grade, Truman found out that he would be leaving Monroeville to move to New York City with his mother, he was distraught. The story “If I Forget You” is about a young girl Grace “Lee” waiting to say goodbye to her best friend before he moves away. When she senses him coming, “[s]he grew hot all over so sure was her premonition. She did not want to cry, she wanted to smile. She felt in her pocket for the picture of herself he had asked her to bring.” The pathos of their parting echoes throughout the story. And while their parting was likewise difficult, Capote and Lee remained friends for years: She helped him research for In Cold Blood, and he helped edit To Kill A Mockingbird.

“Lucy” and “Louise” are perhaps the most interesting stories in the collection, if not for their structure then for their political conscience. “Lucy” begins with the protagonist’s mother writing from New York to find a woman who can cook Southern food and is willing come up north. When Lucy, an intelligent and compassionate cook, arrives in New York, she is ecstatic to have escaped the “bigotry and cruelty” of Jim Crow and finally “live like a human being.” Capote uses the story to critique Jim Crow laws, which were enforced in the South until the mid-sixties, and constructs a narrative around a black woman, exceedingly uncommon for a Southern author in the 1930s.

The story “Louise” takes place in a prestigious New York City prep school much like the Franklin School, which Truman attended. The cast of privileged, catty schoolgirls resembles Truman’s Franklin School friends Oona O’Neill and Gloria Vanderbilt. In the story, Ethel, one such catty schoolgirl, is jealous of Louise, known for “both her mind and for her almost uncanny beauty.” When Ethel tells the headmaster, Miss Burke, that Louise’s mother is half black, Louise is expelled from the esteemed institution. Yet even the headmistress who ousts her knows that she is doing something wrong. “Was not America a democracy?” she ponders.

Capote uses “Louise” to expose the hypocrisy and racism present in supposed liberal enclaves like New York, illuminating institutional violence done to black bodies in the 1940s and demonstrating a social conscience unusual for a white author of his era. Though Capote was certainly privileged, perhaps the violence he experienced as a gay man growing up in the South allowed him some understanding of this type of systemic injustice, and in seeing a parity between these two disparate groups that encouraged him to criticize this institutional injustice in fiction.

While it has been a half-century since the publication of In Cold Blood, it has been merely one year, last Sunday, since Michael Brown was murdered. The systemic violence against black bodies is one that continues today, manifested in police violence and an endless list of names. That these farsighted stories are only now being published is a testament to the problems that still remain.