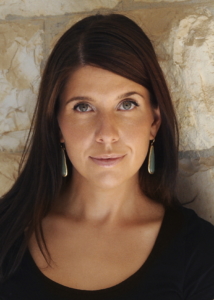 Molly Antopol is the author of the short story collection The UnAmericans, which was longlisted for the 2014 National Book Award. She teaches creative writing at Stanford University.

Not at all. I have a hard time stomaching Capital-P Political fiction that feels in any way message-y and didactic, and I think that a lot of books would suffer if writers tried to shoehorn their political viewpoints into their work. That said, most of the writers I feel the deepest connection to and admire the most do address and confront politics in their work — James Baldwin, Grace Paley, Natalia Ginsburg, Doris Lessing, to name a few. But with all of them, the politics of their fiction extends so naturally from their characters — and, it seems, from the authors’ consciousness — that I never feel they’re spoon-feeding me any opinions.

I often feel as if I’m writing not for a particular audience but for a better version of myself — a version that can’t be dismissive or judgmental, a version that understands that in order to write the kind of fiction I strive to write, it’s essential to feel compassion for even the least sympathetic people. And if there’s one quality that links all of the writers who have been the most important to me, it’s the emotional generosity with which they treat all of their characters.

In answer to your second question, I have no idea whether the audience for literary fiction has grown or shrunk in the last decade. My sense is that people will always read, that our dependence on good stories is too basic and essential for them to ever not be important in our culture.

I’ve found it fascinating to have a book out in the world and to see how people — critics, bloggers, relatives, people I’d known as a kid who I hadn’t talked to in twenty years — have responded to it. I worked on my stories for ten years before they were published, and it’s an

incredible feeling to read and hear peoples’ responses to characters who had lived solely in my mind for so long.

As for the Internet, I think it has astronomically widened the forum for discussions about books. Moreover, I feel it’s my responsibility to write reviews and essays about books and to be engaged in what other writers are doing — otherwise, how can I expect anyone to do the same for me? And though I’m terribly addicted to the Internet and have fallen more and more in love with my Freedom software that blocks it on my computer, in terms of books, I think the Internet has only enhanced the conversation. The only problem I have with this “non-professional realm of reviewing” online is when people rate a book not as a work of art that an actual human being spent years sweating over, but as a product that arrived damaged or a day late, as if a book holds no more significance than a vacuum cleaner or a juicer.

I love teaching. I’d do it even if by some miracle I could afford to write full-time. I really value the relationship I have with my students, and I also find that having a stable income and health insurance gives me the freedom to write whatever I want, regardless of how much money I make from it. It feels essential to me to keep economic anxieties completely separate from my work — I would never want any market to dictate the kind of fiction I write.

Well, many of my stories examine the role of organized support systems in peoples’ lives, including collective farms in Israel, Orthodox Judaism and the Communist Party, whose role in my family’s history was a source of information for me. Because the McCarthy-era stories are inspired by some of the people who are the most essential to my life, it would be a bold lie to say that I didn’t write these stories with that community, and those voices, sitting on my shoulders. But what I realized, once my stories were finished and I was putting them together in a book, was that they were all threaded together not by character or setting or gender but by a question: What happens when the causes that you’ve dedicated your life to lose relevance in the course of world events? Where do you go from there, without that common cause and the people you’ve been fighting with side by side? Which is a question that’s as much about community as it is about loneliness.

I have zero interest in fiction where the author seems interested in drafting the reader to his or her political viewpoint. But I’m extremely interested in work that examines what it’s like to live now, in a post-9/11 world. There are a few books I admire greatly that look at the political landscape during and directly following 9/11, including Ken Kalfus’ A Disorder Peculiar to the Country, Claire Messud’s The Emperor’s Children, Amy Waldman’s The Submission and Joseph O’Neill’s Netherland. And some of the books that have meant the most to me over the past decade have looked at the Iraq War from both sides of the battlefield, including fiction by Ben Fountain, Kevin Powers, Siobhan Fallon and Hassan Blasim. All of these books shine nuanced and compassionate light on that time without a hint of moralizing or hand-holding.

Over the past thirteen years, America has been in a state of constant war with a nebulous enemy. This war has extended to fronts throughout the world. Have you considered the question of your opinion on an unending war on terrorism? What do you think writers’ responsibilities are, in the midst of unending war?

I don’t believe that writers have any responsibilities at all, beyond creating the work that’s truthful. First of all, who is deciding what these responsibilities are? What are the deciders’ own political biases? There’s no universally “right” response in the age of terrorism. One writer might see it as his or her responsibility to entertain the reader, to make them laugh during an otherwise bleak and painful time. Others might see it as their responsibility to question their government’s policies, and still others might feel obligated to use their writing as a way to support their government during a challenging moment in history. All of these are legitimate in my eyes, and ultimately it comes down to writers telling things are they see them.