The Echo of Graffiti 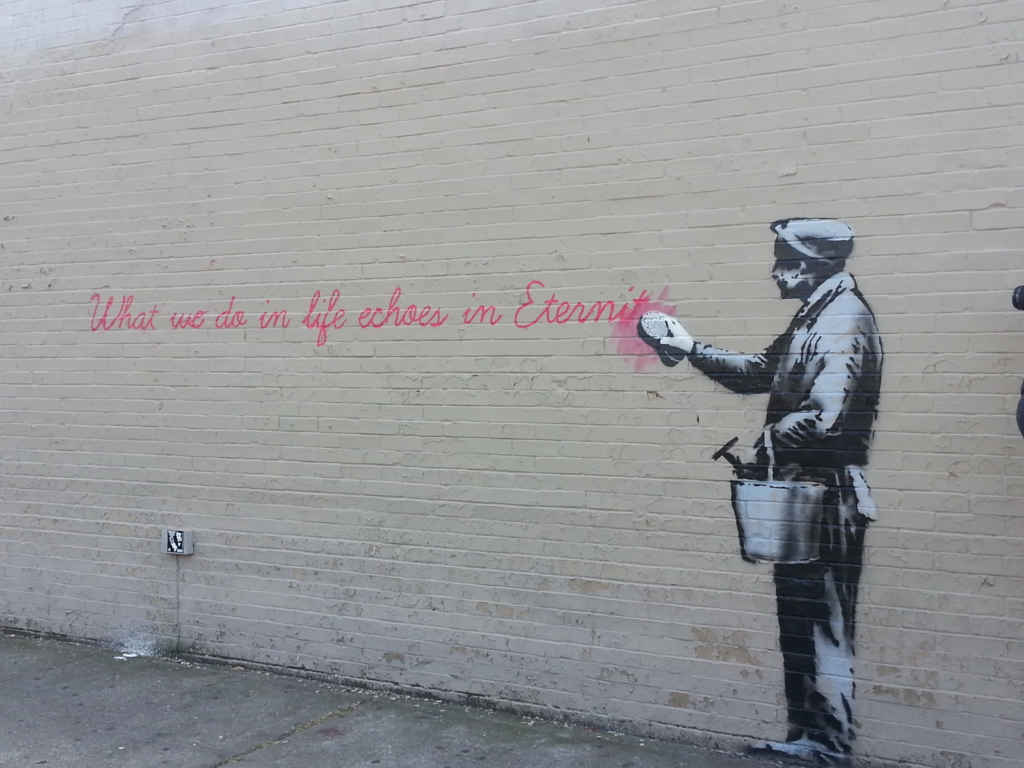 Earlier this week, HBO debuted Banksy Does New York, a documentary on Banksy’s 2013 residency in NYC, where he debuted a new work every day in various areas of the city, each imbued with his trademark wit and moralistic commentary. Each of his pieces ignited some sort of confrontation, be it another artist painting over his work to make a point, or individuals with an entrepreneurial spirit charging admission to see a section of a wall. In Queens last fall, I got to look at one piece just hours after it was created and moments before it was defaced. The graffiti was of a workman erasing a quote from Gladiator — “What we do in life echoes in eternity.” Both the piece within the piece and the work itself would now only be echoes, as a local graffiti artist angrily tagged over it while a hissing crowd pleaded him to stop. The next day, it was painted over.

It was a traumatic year in the world of New York City graffiti — the graffiti’d factory known as 5 Pointz was painted over and is currently being demolished, while William Bratton returned as the commissioner of the NYPD, re-instituting “broken windows” policing, which focuses on low-level violations or misdemeanors, like panhandling, performances on subways, and graffiti. Arrests have already risen by four percent and will continue to climb. That the NYPD was never able to apprehend Banksy during his time in New York City, and the persistence of graffiti across most of the city, demonstrates what an impossible task it is to stop graffiti or tagging. Direct confrontation, however, has returned to the discussion of street art, with the ever-reactionary New York Post declaring that graffiti has again “reared its ugly head.” Not that it ever went anywhere — graffiti has been a constant part of the landscape for the past thirty years, while the city still draws record amounts of tourists and oligarchs. So why does graffiti still remain something so threatening to the powers that be? And why are we being reminded that it doesn’t belong?

One early morning this year I was taking the 7 train in Queens, a mostly-elevated line that runs from Flushing to underneath Manhattan. The 7 is a unique vantage into the state of NYC graffiti, where street-level murals meld with larger tags in harder-to-reach places further up on buildings. In fact, it’s almost a museum in itself, with established artists like Klops sharing space with kids who are just learning the art. If you’re lucky on this early train ride, you get to meet some of the artists. At 74th street in Jackson Heights, a group of teenagers got on the train and huddled at the window. For them, it was the first time they were seeing their art the way most people do. 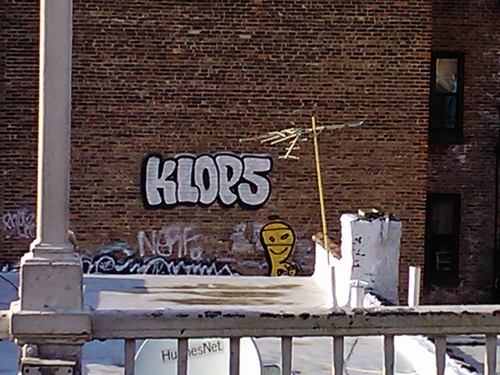 They were pointing at a tag that was almost impossibly placed on the side of a building. In the first light of day, they were finally seeing the danger that they had faced during the night before, all in their attempt to have their names echo with the riders of this train. Almost a year later, that tag they put on the side of the building remains, and will possibly stay there until the building is re-painted or torn down.

It’s the tearing down that causes a larger threat to graffiti than even policing. While famous, established groups like T.A.T.S. Cru have set up shop in community centers and been given studio space and walls on which to work, the urban environment itself is presenting less canvas than ever. As the necessary push for density emanates ever outward from the city center, gleaming condominiums have crossed over from Manhattan and into Brooklyn and Queens (one of the few places to still see graffiti in downtown Manhattan, Chinatown, has so far remained resistant to massive upscaling . . . but stay tuned), and quite symbolically, 5 Pointz is being torn down to make way for condos. While graffiti presents itself as an art with a rather low cost-of-entry, works of graffiti are now being absorbed by these massive developments, who advertise their galleries as one day hosting a show featuring the very same graffiti they replaced. The canvas has moved inside the building — to the benefit of developers, a select group of artists, and the architects of the city, who badly want more apartments built on former industrial sites as soon as possible. 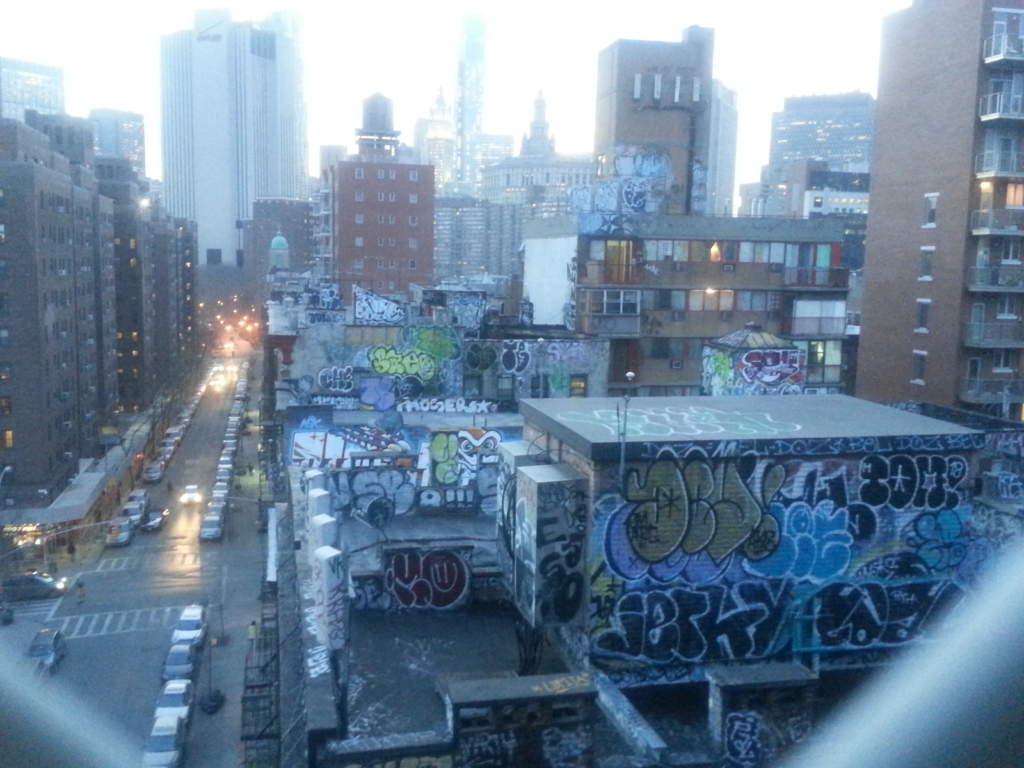 So the canvas moves ever outward — not that it ever knew a boundary in the first place. When the MTA finally cracked down on graffiti artists who turned their trains into murals in the 1970s and 80s, graffiti remained on overpasses and buildings, and still appeared in subway tunnels and, every now and then, on a train. But as parts of New York City might finally become the first graffiti-exclusion zones, either by design or by their sheer inaccessibility, one wonders where the push will end. Because we’re not really talking about graffiti at all, but how one can leave their mark on what was home. And, however cheesy, how long that mark can echo.