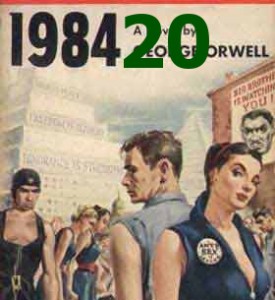 Is it #fridayweeds where you are yet? Is it late-afternoon, a little after four? Is it the California New Year? Well, you might possibly be enjoying your #fridayweed, and we’d love you to share it with us! In the meantime, we’d like to share some of our recommendations, our favorite #fridayweeds! How do you win our giveaways? You don’t, you mooch!

Herbs of America by Lorrie Moore

For Whom The Bong Tolls by Ernest Hemingway

How To Write A Sentence: And How To Read One by Stanley Phish

The Red Hairs of Dankage by Stephen Crane

Buds for Algernon by Daniel Keyes

The Illiad (SparkNotes) by Stoner

Slouching Toward a Bag of Cheetos by Joan Didion

As I Lay Frying by William Faulkner

The Crying of Pot 49 by Thomas Pynchon

A Bong of Ice and Fire by George R.R. Martin

To Kill A Mockingblunt by Harper Lee

The Martian Chronic by Ray Bradbury

The Marriage Pot by Jeffrey Eugenides

Charlie and the Marijuana Factory by Roald Dahl

Bong and Nothingness by Sartre

The Man High in the Castle by Philip K. Dick

“The Situation in American Weeding” by Full Stop

The Dutch Master and Margarita by Mikhail Bulgakov (via @nemoran)

Tree of Smoke by Denis Johnson (via @Eli_Schmitt)

The Bogart of Fielding by Chad Harbach (via @byobrooks)

The Pickwick Rolling Papers by Charles Dickens (via @coachorenstrong)

The Old Man and the Sea (via @fergis)

The Heart is a Lonely Blunter by Carson McCullers (via @b_logistics)

Lord of the Highs by William Golding (via @IdentityTheory)

A Million Lit Pieces by James Frey (via @vksmith)

Fifty Shades of Green by E.L. James (via @GBSummerfield)

As I Lay Frying by William Faulkner (via @weintface)

Arcadia by Lauren Groff (via @Sea_Bunker)

The Audacity of Dope by Barack Obama (via @IrisBlasi)

For Whom The Blunt Rolls by Ernest Hemingway (via @accocotas)

Snow Falling on Cheeba by David Guterson (via @SusanRukeyser)