To celebrate today’s release of 4/20, the latest holiday film from the producers of Valentine’s Day, New Year’s Eve, Mother’s Day, and 11-11-11, we present the top ten films with 420 in the title. (This content is sponsored by the new film 4/20, streaming now on Facebook Watch.) 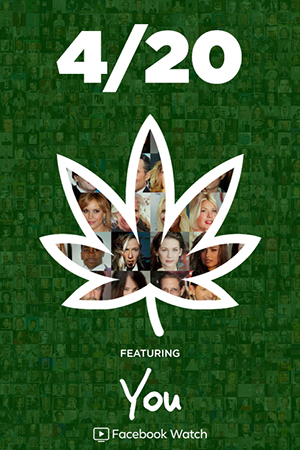 The new film 4/20 is out today on Facebook Watch. A series of marijuana-themed vignettes from the producers of Valentine’s Day, 4/20 is the first feature-length film to harness deep fake technology to allow the most celebrity cameos in a single picture. But why do famous people always get to have all the fun? Well now they don’t because 4/20 is also the first film available to the public to utilize Facebook’s massive image database to make thousands of lucky Facebook users a part of the story too. That’s right, you might be an extra in what promises to be the most ambitious holiday film yet. Start your free trial of Facebook Watch now to see if you got the part!

The Maladaptation of White Noise