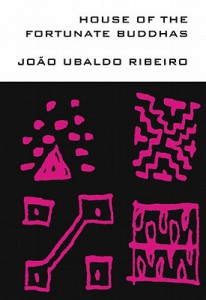 Tr. from the Brazilian by Clifford E. Landers

“O! who does know the bent of Womens [sic] fantasy?” Edmund Spenser (of Faerie Queene fame) pauses in his description of Lechery, who, rough and filthy and goat riding nonetheless finds himself oft loved dear by the ladies, to ask. Who indeed?

It’s a question that has haunted man for a long, long time. And while before, we men had only Mel Gibson to rely on for answers, there is now João Ubaldo Ribeiro, whose House of the Fortunate Buddhas is the tell-all “socio-historio-literary-pornographic testimony” of a progressively feminist, sexually liberated 68-year-old woman from the Brazilian state of Bahia. She knows what women want, and she tells it like it is.

But before I continue to expound on the contents of said testimony, a quick note of warning: This woman, the narrator, states early on that she composed the text orally and later had it transcribed from tape to paper, the reason being that “it’s impossible to write about sex […] without coming off like a prostitute who’s just been asked to ‘talk dirty’ for the twentieth time in the same day.” And talk dirty she does.

It seems that the narrator of House of the Fortunate Buddhas has had sex with everybody; as a young and willing Lolita she sat on her uncle’s lap, reveling in his desire for her, promising him her ass until the day he died. She fucked (but not necessarily slept with) green and guileless American soldiers, seduced married professors, gave handjobs to horses, knew her brother rigorously and biblically, and together they got to know his girlfriends too. She had sex alone and in groups, in private and public, and basically any way you can imagine.

Over the course of her oral (and anal, and vaginal) narrative, she reminisces on these and many other encounters in her list of lifelong sexual exploits, while also finding time to ridicule the hypocrisy of American euphemisms, French intellectual eggheadedness, and the ways the Catholic Church has gotten Christianity wrong. She is irreverent, self-assured to the point of self-obsession, unreliable, seductive, and witty as a whip (and probably good with one too). But at times the narrator, as a character with a healthy libido and a dirty mouth, seems to melt away into Lechery’s less hairy and cloven-footed sister Lust with a capital L, whose insatiable sexual appetite is rivaled only by her narcissism (“today I’m one of the best near-seventy women in Brazil, one of the best in the world, and I know what I’m talking about” she offhandedly claims). House of the Fortunate Buddhas thus straddles the line between confessional realism and allegory. The narrator describes the moment when all a person’s personality is subsumed by sexual desire, “a moment in which they are pure sex and pulsate sex on all sides and are frightened at themselves and lose control and understand everything about sex and want everything; it’s an overwhelming sensation of absolute sexuality, a moment in which doing it takes precedence over everything.” In such a light, I could hardly discredit any flatness of character; isn’t the moment she describes one in which we all stop being people and start being allegories?

If this book is starting to sound vaguely pornographic to you, you’re right, it is. But Ribeiro uses his subject matter not just to shock and scandalize, but to titillate and liberate, and in doing so makes a rather high-concept point about a very low-brow genre. On the purpose of her testimony, the narrator states, “I only want to write a crazy book, in which the words can detonate, explode in every kind of meaning, provoke reactions of all types” but above all and in particular, “I want whoever reads me to get the urge to get off.” Ribeiro’s narrator uses the pornographic context to liberate language from the shackles of the page, and it does indeed reveal the connection between language, body and mind, probably better than any other literary situation.

Without giving away too much personal information, let me explain: if you read an exciting story, about a mountain climber say, perhaps the cliff shifts and shards of stone fall millions of feet into the canopy down below and the character’s foot slips and as we read, immersed in the text, for a moment not thinking about the fact that it’s a story, our heart rate rises, our palms sweat. But compared to the way a piece of pornographic writing can affect us at a real, physical level, that’s nothing. Reading ceases to be intellectual and becomes bodily, or rather reminds us that thoughts and somatic reactions are never really separate to begin with.

But more than just exercising the heady power of arousing readers across time and space, the book’s purpose is to reveal an important secret. Just what is it that women want? According to our lusty narrator, it’s sex, and lots of it. She provides this knowledge not just to edify men, but more importantly to encourage women to liberate themselves from all of the hang-ups about sex that society has furnished them with. “We live according to rules and patterns for which no human being was made, and of course we go crazy because of it” she claims; it is only through honesty and sex with everything that moves that humans can transcend those social structures and find enlightenment.

But of course in the final hour we must remember the book’s conceit. In the introduction, Ribeiro purports that, after publicly agreeing to write on the subject of Lust for a series about the seven deadly sins, he found delivered on his doorstep a finished manuscript and a note by the anonymous woman who composed it giving him permission to publish it under his name as House of the Fortunate Buddhas. More than just allowing Ribeiro to shunt off responsibility for his narrator’s lascivious prose and lifestyle, this move hides the fact that while the text may be expert ventriloquism, it is still ventriloquism. There is something very, very different about a 68-year-old woman preaching free sex as the new feminism and a 70-year-old man (three times married) doing the same. By opening his suitcase of male sexual fantasy, he is able to unpack the complex meanings of sex and female sexuality in its many forms, but his testimony remains that of a man parading in the skins of a cougar, presenting not “the bent of Womens [sic] fantasy” but merely a man’s perspective of what a sexually liberated woman might look like.