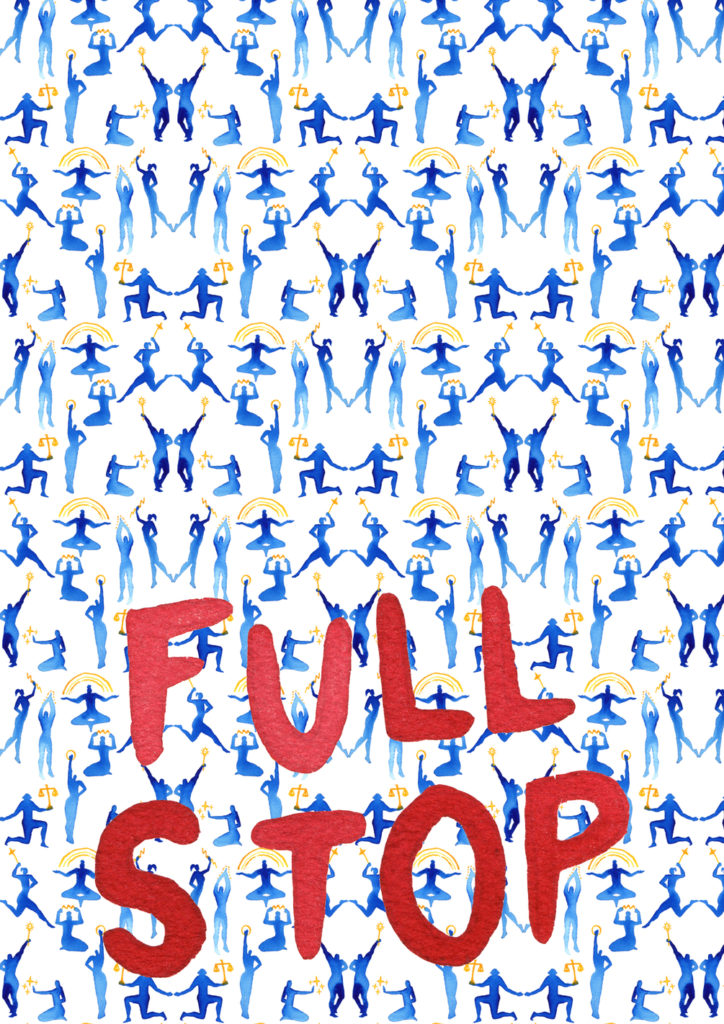 This piece serves as the introduction to the Full Stop Quarterly Issue #5. The quarterly is available to download or subscribe to here.

“Contemporary America is full of fear,” Marilynne Robinson, novelist and essayist, wrote last September in the New York Review of Books. America has become un-Christian and uncharitable she argued as America began its spiral into the election cycle from which we may never emerge. Remarkably, her words were read by the man holding the highest office in the land, who was saddened by them. Obama, as messianic a president as any since the one he is so relentlessly compared to, had to seek her out.

In an interview in Iowa, the President of the United States talks with Robinson about globalization and Christian theology and the social compact. He tries to reason with her. He tries to talk her out of it. Fear of “the other,” he thinks, is surely not as deep and irreversible as she makes it out to be.

“There’s been that strain in our democracy and in American politics for a long time. And it pops up every so often,” Obama says. “I think the argument right now would be that because people are feeling the stresses of globalization and rapid change, and we went through one of the worst financial crises since the Great Depression, and the political system seems gridlocked, that people may be particularly receptive to that brand of politics.”

Pathologically committed to reconciliation by dint of his own identity and centrism, Obama must bring someone he considers to be a keen interpreter of both Christian thought and the American project, back into the light. Robinson, however, is unswayed: “I think one of the things that is true is that many Americans on every side of every issue, they think that the worst thing they can say is the truest thing, you know?”

The president doesn’t know, he responds, but he reiterates that dissatisfaction is part of what makes America function. He returns to his own history, as he is accustomed to when trying to make a point, and asks how terrible could a country be, how filled with fear, if it elected him, a black man, its commander-in-chief? If only Americans could break out of their internet bubbles, pause their talking points for a moment, and really talk to one another again, they could have a transcendent moment like his election.

At the end of the conversation, the two agree that working together requires “a presumption of goodness in other people.” “I think that’s what a good life depends on,” Obama adds. “Occasionally, you’ll be disappointed, but more often than not, your faith will be confirmed.”

“I believe that,” Robinson answers, concluding the interview. But believing in the necessity of the presumption, or that her faith will be confirmed, does not mean she believes that America will find its way. Indeed, five years ago, in her response to Full Stop’s own Situation in American Writing Questionnaire, Robinson said, “The potential for harm in this divisiveness is much greater than any foreign enemy could hope for.”

Today, with the inauguration of Donald Trump less than a month away, the all-encompassing fear Robinson spoke of seems to be a reality.

Committed to delivering you the darkest vision of the country, Trump is saying the worst and that has become, for much of the country, the truth. Trump, a man seemingly incapable of reflection, opting instead for an endless cascade of Twitter insults and disinformation, will not be sitting down with any Midwestern creative writing professors turned theologians anytime soon.

Full Stop has no direct answer to any of this. We’ve always prioritized reflection over reaction, and maybe that was just letting us off the hook for our loose and oft-tardy publication schedule, but we’re sticking to it.

In this issue of the quarterly, we aim to push the pause button and hope for the best. We see this in second-time quarterly contributor Amina Cain’s essay, which explores the idea of losing yourself in a moment of time, of exploring a still-life until it becomes your very world. In another essay, Cypress Marrs delves into the minutiae of juice bartending and urination, while issue editor A. M. Davenport journeys to Antarctica while barely making it down the block. And in Minneapolis, William Harris, post-election and spinning, tries to step back from the present, surrounded, helpfully, by museologists.

Like our outgoing president, we hope that fear can be combatted with reflection. But reflection needs time and space. The internet has never been kind to anything that asks for your attention for too long, but we were upfront about our meaning from the get. Take a moment. Full stop.