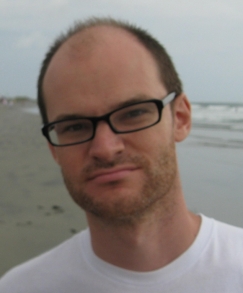 Rob Horning is the Executive Editor of The New Inquiry, and writes the blog Marginal Utility.

I don’t read enough contemporary writing to answer this question. I am persuaded by Brian Droitcour that what he calls “vernacular criticism” is worth pursuing, taking up entry-level positions for public writing (letters to the editor, online user-review fields, etc.) to work outside ersatz institutional authority. It also seems that Tumblr collectives are developing ways to bring writing closer to gesturality, as Brian argues here. But I don’t read much of that work because it makes me feel like an intruder. This seems like a good thing, though, that “belonging” is not a disavowed subtext of the writing but an explicit aim. I’m generally far too comfortable claiming an entitlement to interpret what I read.

I’m not sure who “we” is: Novels don’t seem to sell all that well, particularly relative to genuinely popular forms of entertainment, like video games. (N.B. Most of the fiction I read consists of Trollope novels, which I get from Project Gutenberg.) Novels tend to be celebrated lately as a “digital detox” space where one can disconnect and be immersed in an un-networked imaginary. Novel reading is a pretty anti-social behavior, at least for me, so I am always puzzled at attempts to make that sort of reading “more social.” I want vicarious immersion in a novel; I don’t wan’t to continue the sort of emotional performativity social media require.

I can only speak for myself, but I find that the Internet has made me far more productive than I was before as a reader and a writer. It seems to offer an alternative to academic protocols for making “knowledge.” But I was never very systematic before about my “research” and am even less so now; only now this doesn’t seem like such a draw back. Working in fragments and unfolding ideas over time in fragments seems a more viable way of proceeding. I’ve grown incapable of researching as preparation for some writing project — I post everything, write immediately as a way to digest what I am reading, make spontaneous arguments and connections from what is at hand. Then if I feel encouraged, I go back and try to synthesize some of this material later. That seems a very Internet-inspired approach.

If I think about that, it makes me want to quit writing.

With all the quantitative data available for writing put on the internet, it is easier to write to the statistics, to accelerate the feedback loop generated by reader reactions. That can become a formal quality in itself, as in the genre of “viral” content. “Viral” has detached itself from ex-post data (“this post got 23 zillion hits so it was viral”) and has become something that can be identified from textual qualities (“that headline has been optimized for aspirational virality”). This also has the effect of valorizing “longform” material, intensifying its halo of intellectuality.

Print editors usually have to cut pieces to fit, and the limited space spurs a lot of fretting about what should make it in an issue and what shouldn’t. Print sharpens the sense that there is a zero-sum competition among pieces of writing for a reader’s attention. Reading and publishing online negates that idea: space is not limited, and attention can be constructively fragmented to embrace many tabs at once. Print editors work with more rigid deadlines, which makes them more likely to work with reliable writers over mercurial ones, more likely to work with known quantities and friends than with unknowns and strangers. Freed from those constraints, it is easier for online editors to seek out contributions from people who don’t see themselves as professional writers, from people who are less overtly striving. You can try to steer away from “writering,” as Tom Scocca describes it in that “smarm” essay.

It seems easier to collaborate but harder to dissolve one’s individual identity into a collective. One tends to be disaggregated by the way the platforms work.