Sex and Punishment: Homosexuality in and out of Prison 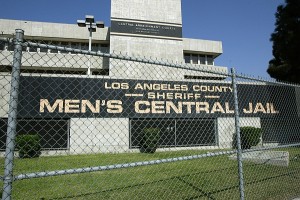 The gay unit of the Los Angeles County Men’s Jail is called K6G. It exists, supposedly, to protect gay inmates from the violence (sexual and otherwise) they face in the general population. All incoming prisoners at this, the largest facility of its kind, are screened in order to determine their sexual identity (more on the process in a moment). Once a decision is made about an inmate’s sexual identity, he is placed in the gay wing, or not.

In 2011, Russell Robinson, a law professor at UC Berkeley, published a detailed, insightful account of the K6G unit, which came into formal existence in 1985 even though the jail had been segregating inmates by sexual orientation since the 70s, in the California Law Review in 2011. The article historicizes the unit, explains how it functions, and harshly critiques the way it reinforces detrimental stereotypes and social norms. Ultimately, Robinson argues, the unit harms both the inmates housed in the K6G unit and the prison’s general population. One of the article’s central conclusions is that “The K6G unit ultimately serves as a clever decoy” because it “allows the Jail to portray itself as a progressive and gay friendly while diverting attention from the men in GP [general population] whose need for protection does not map onto society’s gendered understanding of vulnerability.” The end result of this segregation, Robinson explains, is that “the Jail simply shifts victimization, making it more likely that heterosexual and bisexual inmates in GP will assume the subordinated roles that otherwise would have been occupied by K6G inmates.”

Segregating inmates based on their sexual orientation is common practice in prisons, and Robinson’s article sheds much needed light on a reality that is often ignored. What is especially interesting about the article, though, is its description of how access to the K6G unit for new inmates is granted and withheld. This screening process, which “constitutes governmental instruction on how gay men should comport themselves if they wish to be recognized,” is overseen entirely by two deputies: Randy Bell and Bart Lanni (both straight, both white). The questions they ask incoming inmates are “based on their own research into gay culture” and are centered around what they imagine to be gay life (describe The Abbey, a popular gay lounge in West Hollywood), coming out experiences (“How did your mother react when you came out?”), and gay terminology (“What is a ‘size queen’?”). The problems here ought to be obvious. Not all so-called gay men engage in the same sexual practices, not all gay men are “out” or act effeminate, and so on and so on. In its attempt to render the made-up, culturally specific category of “homosexual” concrete, the screening process actually highlights the ephemeral, invented nature of our sexual identity categories.

The process is also an almost perfect encapsulation of the way “homosexuality” and “heterosexuality” are policed and maintained as viable categories in society at large. There are gatekeepers and enforcers. People develop their identities, their ideas about what’s masculine and feminine, what’s gay or straight, and group themselves around them. They impose their ideas on themselves and others.

And while this process might be troubling, in the current climate of the for-profit and privatized mass incarceration industry, millions of men and women, including one out of every 100 adult U.S. citizens, now live out their daily lives in same-sex environments. In a system designed to be punitive rather than rehabilitative, this sex segregation makes the intended lack of a physical sexual outlet (or the alternative, engaging in gay sex) part of the intended punishment. As if that weren’t enough, “corrections officers and prisons administrators have been known to threaten to expose prisoners to a greater threat of rape in order to evoke good behavior, to punish, or to squeeze out information.” It’s clear that sex and punishment are nearly synonymous in the logic of capitalist mass incarceration.

This insight — that homosexuality maintains traction and legitimacy as a punitive force, designed to serve as punishment for failure to adhere to heterosexual norms — is key to understanding gay experience, gay culture, and debates centered around what have been framed as “gay rights.” The debate about whether or not people who identify as gay can marry, or access state and federal benefits, is really a debate about how the category “homosexual” will continue to work as a meaningful punishment. Homosexuality and heterosexuality have always been in a symbiotic relationship. If people can no longer be as openly or easily punished for being gay by law, then one of the central ways in which people form and maintain their straight identities will have disappeared. Unsurprisingly, as laws explicitly punishing gays fall off the books, some people have been happy to pick up the slack and do the work of punishing gay people themselves. This, in part, explains what the New York Times recently called a “troubling increase in reported antigay crimes in the city.”

Like many other cities in the U.S. and around the world, my city, Cincinnati, held its annual gay pride parade and festival at the end of June. Despite the rain, it was as large and vibrant as ever. But no Cincinnati pride parade would be complete without protesters. There weren’t many (one with a megaphone, another with a giant sign showing a crucified, bleeding, Jesus), but they were determined to remind the crowd (over 50,000 strong — a record for Cincinnati) that even if the gathering wasn’t breaking any state or federal laws, it was breaking God’s law.

The event marked the 40th anniversary of official gay pride celebrations in the city. It also marked the first time members of Cincinnati’s police force marched alongside members of other LGBT groups and organizations. It was an amazing moment, made even more meaningful by the news that DOMA had been struck down by the Supreme Court. Gay marriage is still illegal in Ohio, but here were Cincinnati’s policemen and policewomen, marching in support of crime.