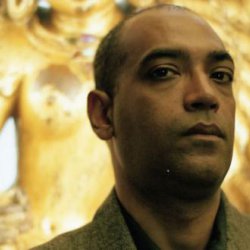 Siddhartha Deb is the author of two novels, The Point of Return and Surface. His first nonfiction book, The Beautiful And The Damned: Life In The New India, was published in June. He currently teaches at the New School.

Literature has been sleeping on the job so long, especially in the neoliberal-Anglo-American world, that I’m surprised it chose to wake up at all. But there have recently been some signs of life, of awakening, and that’s largely because of the Occupy Wall Street protests. If nothing else, the protests have revealed the role of imagination in responding to a world increasingly in the hands of interlinked oligarchies (supported by a middle class that is sometimes just going along and sometimes quite complicit in the stranglehold of the elites). They’ve given inequality a name and a shape, and in making such a choice they might be showing writers a thing or two.

My writing straddles small segments of the Indian subcontinent, Britain, and North America — largely because I work in the English language — and so my audience is dispersed, and in possession of an incredible capacity to surprise me. I’m writing for a thinking, feeling person, and I don’t care too much what kind of passport that person holds, although I am interested in the beliefs that person holds. Given that, I don’t feel hugely affected by the fact that the number of outlets for serious writing in the U.S. has shrunk, at least when it comes to traditional media. The newspapers are more or less undead, in a state of non-existence that is neither quite alive nor dead, and many of the magazines are going the same way. And yet, the internet, while still not a paying venue and quite diffuse, has begun to hold out some promise, with blogs and magazines creating space for writing that is both aesthetically and politically challenging.

The most valuable criticism my work receives is usually through word of mouth, or from friends and colleagues writing directly to me. In the United States, the quality of criticism in print publications has become pretty low. It might be well crafted and well edited (and that’s important), but it’s often likely to be rather middlebrow aesthetically and politically. The web venues, on the other hand, at least have energy and freshness on their side, and while there’s a lot of rubbish on the web, there’s also stuff far better than what one might find in a print publication.

No, and I don’t know if I will ever be able to. I teach, and it’s a full time job, and I do some journalism, and around the interstices of teaching and journalism and occasional career promotion, I have to find time for writing. But in a way, that’s all right. I don’t long for the Edmund Wilson days, because a) I don’t think I’d have been allowed to partake in that moveable feast; b) that cultural privilege was built on an imperial privilege; and c) only a small proportion of writers have, at any given point of time, been able to treat literature as a self-sustaining profession. Writers have almost always scrambled for a living, but then, most of humanity scrambles for a living.

Where should I begin? Communist? Socialist? Marxist? Fanonist? Postcolonialist? And yes, I do that individual thing too, more’s the pity.

Almost everyone kept pretty quiet, didn’t they? Many of the liberal organs and their favorite intellectuals supported the war in Iraq, right? The best lack all conviction, the worst are full of passionate intensity etc. etc. I made a few ineffectual noises, I realize, mostly contra American eagle landing in the Middle East and Afghanistan, but mostly I concentrated on keeping my life and career humming along. So when I offer my opinions on writers from America (I should clarify that I’m not an American writer, either by nationality, upbringing, or belief), I can no longer do so from any privileged ethical and political standpoint. I will say that just by virtue of having lived and grown up elsewhere, I am perhaps a little attuned to what the world looks and feels like outside the boundaries of the U.S., but that’s pretty much it.

That is true, but at one level it’s irrelevant. America will keep warring, hot and cold, small and big, to keep its power elites going, and that will happen even as much of America devolves into a tired survival mode of existence. The fronts will sometimes even extend to the home front, given the militarization of the police, the corporatization of the public sphere, and the sheer sense of certainty among the elites giving the orders. If writers make too much of a noise, they will be bathed in pepper spray, their teaching jobs turned over to other adjuncts or done away with altogether, their works pushed off mainstream publication into the edges, if that hasn’t happened already. But it would be wise to remember that this forever war, to use American writer Joe Haldeman’s phrase, has been happening for a long while, especially in the world. The writer can then only keep writing, while remembering Brecht’s advice: “Whatever you say, don’t say it twice/If you find your ideas in anyone else, disown them./…Cover your tracks.“