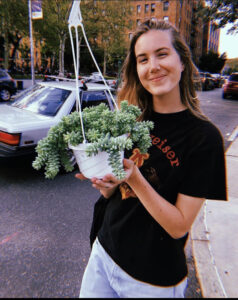 A new year underway, we move both ways, thinking of the past and of the future. We think of ourselves in relation to those trajectories. We may arrive where we begin, at circularity itself, resolving otherwise.

Alien Year, winner of the 2020 Oversound Chapbook Prize (selected by Brandon Shimoda), captures something of the intimate estrangements we may find in times of reflection. As the speaker of one poem puts it, “Who I will become is a radical question.” Indeed, these are days of radical questions, and for them, Louise Akers has written a movement of nimble, radically intelligent poems.

In the evening of last year, I asked them about the poems’ origins, their practice, and what comes next.

Jed Munson: This is one of the best poetry books I’ve read this year, by far, though I imagine it wasn’t written this year. Are these poems more or less alien to you since writing them?

Louise Akers: I like the way you phrase that, because, in many ways, they are more alien! Most of the poems were written in the winter of 2018, which is a long time ago now. (Yikes!) It was definitely an informative and kind of harrowing process of trying to re-imagine the kind of intellectual / emotional / geographical / etc. conditions under which they were composed and determine what adjustments should or even could be made before putting them out into the world. I always struggle with editing; once I write something I have the tendency to lose interest and never want to read it again. I really try to resist that urge. I think that one of the many gifts of revision is that it helps me resist immediate gratification; I can re-assess the poems once the kind of novelty or preciousness has worn off. Some of the poems are much more recent, as recent as early 2020, so when it came to order and building the momentum of the collection as a whole, it was really interesting to see how the poems written by the current me interacted with the poems from me from a couple years ago.

“A Wave” and “An Action” — as titles and as poems — are both experiences and capsuled objects. Both gesture to singular forms that also define the spans of themselves. You tend towards abstraction, but to its ephemeral iterations — “a wave” is not “wave”; “an action” is not “action.” And yet, “Genius” is named and explored as a condition, not necessarily one embodied by an individual consciousness. How do these titles occur to you? At what point in relation to the poems?

Oh, I always find titles so impossible, to be honest! If I had my way, nothing would have a title ever; I would just use the first line or something. But sometimes, as I think was frequent in this book, a title has kind of squeaked out from the text of the poem as a nickname or shorthand for what I’m trying to get it to do. In those instances, like with “A Wave,” the title comes somewhere in the middle of the composition of the poem, although it’s hard to pin down. I like nouns that exceed their noun-ness, as you pointed out with “wave” and “action”; nouns that almost verb or that have some implicit relational motility. Somewhere between a particle and a wave, or some combination of the two. Sometimes though, the titles just come for any reason after the fact. Like “Genius,” for instance: I know another poet who has this incredible “genius” tattoo, and I had a crush on her while I was going through and putting the finishing touches on that poem, so I just named it somewhat shamelessly after that.

I felt a sense of futurelessness throughout the collection, maybe as a function of my reading the poems as space-makers/holders for themselves, or as self-durations. Like humans, high-energy and terminal. This was curiously not the experience of hopelessness, though. What do you think is the difference?

Self-durations! I love that! I think that the poems do have a sense of an inevitable end that is different from being hopeless, or even resigned. It’s more of an anticipation of the foreclosure of a certain set of relationalities, which in no way precludes the opening of another in fact, it necessitates it. That opening just hasn’t been planned for yet. Put differently, the feeling of not being able to see your way out of something doesn’t mean its futility is your own. It’s like the articulation of the slick, fluid moment before the opening becomes articulate itself.

In “An Action,” a speaker says, “Who I will become is a radical question.” The question is not asked by the voice so much as beheld in the statement. The statement is a vessel or environment for the question. I suppose similarly my question is somewhere floating around in this observation . . . . Maybe: how do poems mediate your artistic statements and questions?

This is really interesting for me to think about, because I realize that when I’m trying to start a poem, I usually begin with some declarative statement, like “there is . . .” blah blah. And I actively try to resist that; many times I go back and delete that first declarative “there is” sentence. I think, to be honest, most of the poems in Alien Year are about the same thing, which I think is what gives them the sort of “terminal” aspect you mentioned in the last question. There’s a desperation in that abstraction, like: if I just keep re-stating this thing in different ways, just throwing whatever language I can think of at it, then I can reach some level of precision in expressing it. (I won’t even hope for accuracy!) So in that way, I think the questions are always statements and the statements are always questions, and all of them are embedded in this subjunctive mood, like: let this be the line that works!

“Shark,” “No Matadors,” and “The Roses” run vertically on account of their longer lines, which puts them, whether or not this was envisioned or intended when you wrote them, into their own plane of interaction. What do you make of their new relationship, if anything?

There were actually a number of poems that also had longer lines that I ended up going through and breaking to have them fit on the page without having to turn the book to the side to read them. I didn’t expect that I would have any decisive feelings about which poems were aligned which way, but going through, it was more about determining affiliations between poems that I felt I wanted to preserve. But it was really intuitive; I couldn’t explain why I love “No matadors” running perpendicular, or why it felt fitting for those three. I do think those three poems stand out in their tone; maybe they address a “you” that feels a little more concrete, a little less self-reflexive.

You seem to be drawing inspiration from visual art in places. What’s its role in your poetry?

I have had a lot of different weird jobs in the art world, which is maybe why the gallery as an intellectual and commercial and social and inaccessible and sort of accessible (and the list goes on . . .) space serves as a really generative spatial framework for the composition of a lot of my poems. Because there’s this sense that the work in a gallery is finished, but also must perform some spontaneity or moment of becoming there. I think about making art, whether it’s poetry or visual art, as a series of decisions, whether those decisions are intuitive or calculated or unconscious or etc. It’s like my little poem is the concatenation of multiple tiny decision-making processes that both solicit and elude tracing, by the reader or by me. Writing poems on a word processor makes that decision making process pretty low-stakes; I can just hit delete—while on an oil canvas, I might decide I need to let a section dry overnight and then paint over it. But even though there is this immediate erasure of one decision and subsequent seamless substitution of another, there is still this sense of something building up on the surface.

What are you working on now?

Right now, I’m working on two new projects. The first is an experimental translation of the second book of Lucretius’ De rerum natura. The other is a collection of poems about Joan of Arc. I also have a book forthcoming spring 2022 (also about Joan of Arc, ha) that I will be able to share more details about soon! 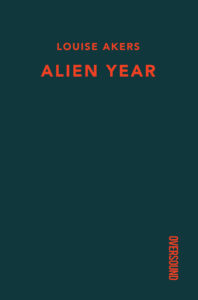 Jed Munson‘s chapbook, Newsflash Under Fire, Over the Shoulder, is out with Ugly Duckling Presse. Recent work appears in Annulet: A Journal of Poetics, The Quarterless Review, A) GLIMPSE) OF),and Conjunctions.