The following is an excerpt from Rancher (Burrow Press, 2021), published with permission of the publisher. 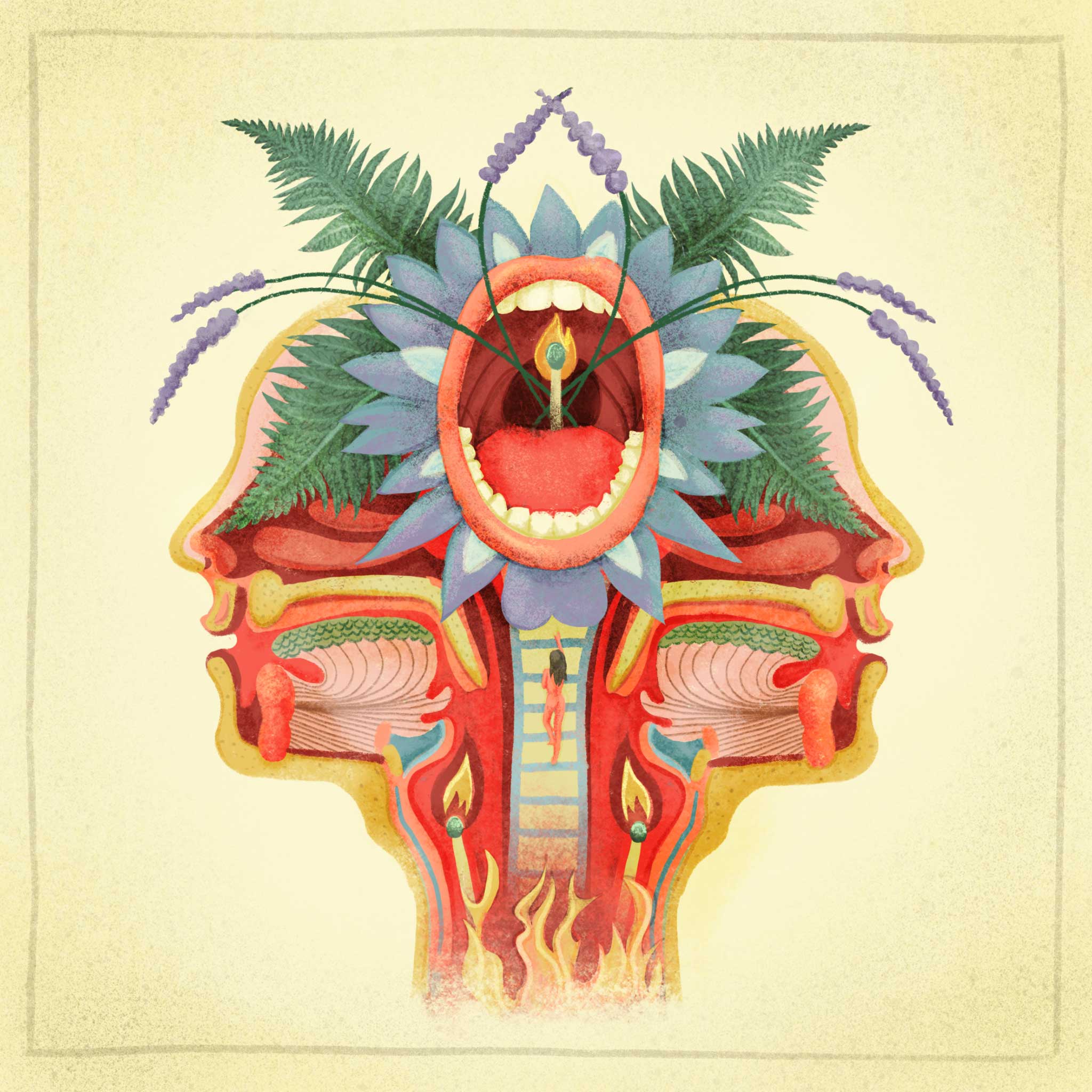 How do you solve a problem like Maria? I would not know. Growing up, it was my grandmother who had the television, and every year when The Sound of Music aired on the local station, we were not allowed to watch it because my grandmother hated Julie Andrews, whom she considered an adventurous prude, a category of women she despised.

In the weeks leading up to the movie, the commercials would begin. I recall my grandmother sitting crisply in her orange Sear’s recliner smoking a cigarette, sneering in disgust as a lithe Andrews twirled in an Alpine meadow. I have still never seen The Sound of Music despite my preoccupation with nuns, and it is my understanding Julie Andrews played one, or a former one. And though I have never seen this movie I feel I know the story: a woman in child-like love with God is reprieved from the nunnery because she has been selected for romantic love. God approves. It was, in fact, jazz hands, His idea.

How do you solve a problem like Maria? is also a repeated pun in the religious blogosphere concerning a different Maria, Maria Teresa Goretti, who was eleven-years-old at the time of her death in 1902. Half a century later, Maria was the youngest person ever to be canonized as a saint by the Catholic Church. Another first: present at her beatification, both the saint’s mother and her murderer. Maria Goretti is the patron saint of sexual assault and rape victims. You might say that she is the patron saint of the #MeToo movement.

There are numerous conflicting narratives concerning Maria’s life and death. In early accounts, she is raped to death. Once canonized, the story shifts: Maria dies “intact,” a virgin who, while successfully repelling sexual intercourse, shares the gospel with her rapist-killer. 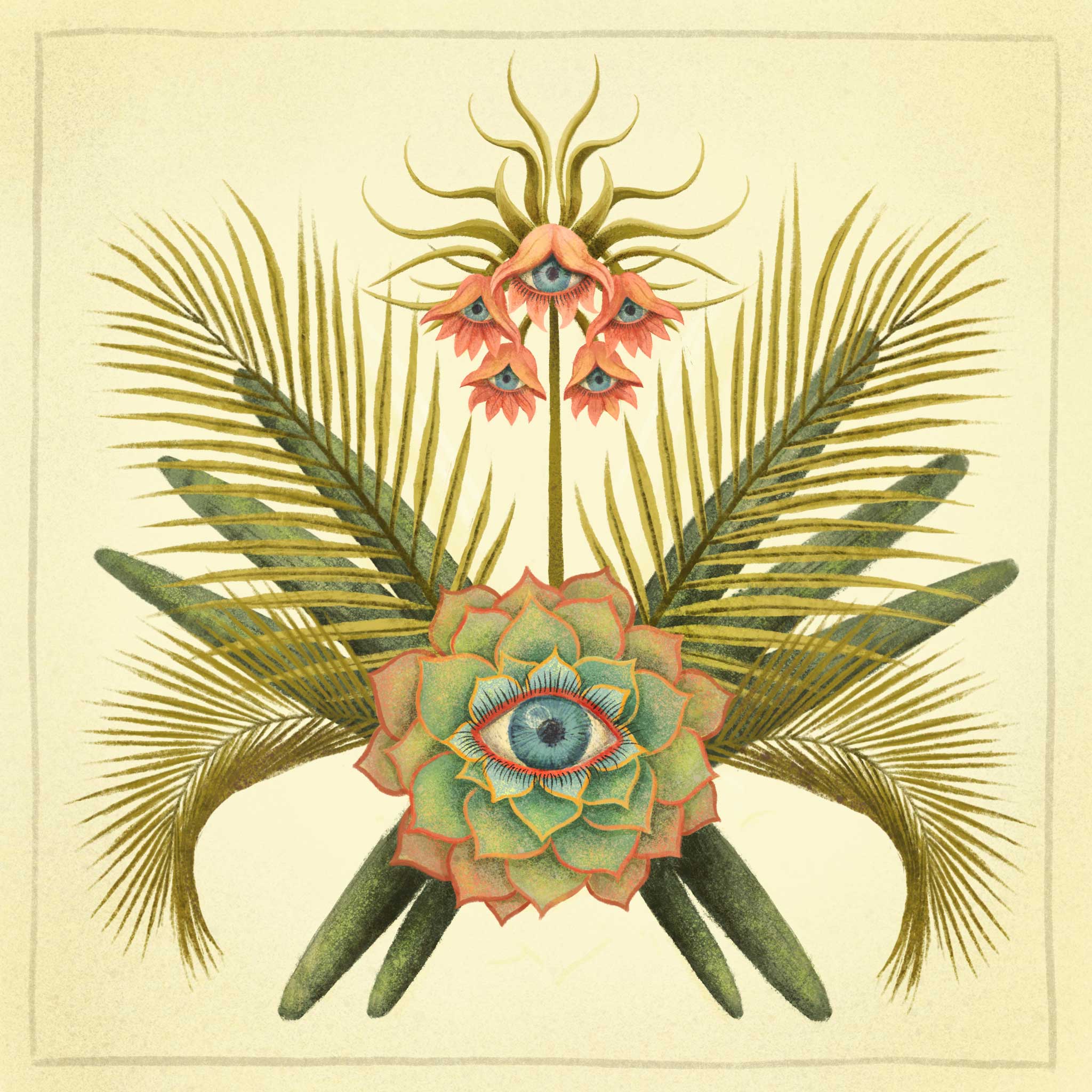 About Maria, some things, however, are established. We know that after her attack she was taken hours away to the nearest hospital. There surgeons noted that she was raped, choked, and stabbed 14 times with a ten-inch awl-like instrument, with wounds penetrating her throat, heart, lungs, and diaphragm. We know that she underwent surgery without anesthesia (the hospital was apparently all out). We know that the electric lights she saw in the operating theatre were the first (and last) she saw in her life. As she died, Maria gave a statement to the Chief of Police in which she named her attacker, Allesandro Serenilli, whom, she said, had attempted to rape her on several prior occasions. We know that Maria’s mother was a widow with lots of kids and, having fallen on hard times, moved her family in with another struggling family in the rural Italian countryside in an effort to eke out an existence working the fields. That other family was the Serenillis and Allesandro was the twenty-something son of this family. Following the death of Maria, Allesandro was tried, convicted, and sentenced to 30 years in prison.

In some stories, Maria’s mother and older siblings are working in the fields as she stays behind to tend to her youngest sibling, still in his diapers, when Allesandro makes his lethal approach. In some stories, Maria’s mother pimps her daughter out to Allesandro on the ruse of sending the girl to his room to “mend his buttonhole.” In this version, Maria pleads with her mother not to enter Allesandro’s bedchamber, at which point her mother loses her temper and hits Maria on the head with a shoe.

Regardless, once in prison Allesandro strikes up a friendship with a local bishop, one Monsignor Blandini. Eventually Allesandro tells Blandini that Maria appears to him at night and that she forgives him. Well, someone should tell the Pope. And so it is that Allesandro is eventually released from prison. He is placed with the Order of Friars Minor Capuchin, where he became an enthusiastic gardener and received housing, meals, and health care until his death at 87 years of age in 1970.

If you spend any time researching Maria Goretti you quickly learn that she is a controversial saint. The arguments about who and what she stands for are heated for those invested in the conversation. The Catholic Church has largely co-opted Maria to represent chastity. In this scenario, Maria is the ideal daughter at a Purity Ball, where, on repeat, she makes a pledge to remain a virgin until marriage under her father’s approving eye. A few feminist thinkers have attempted to reclaim Maria from this yoke and in this sense, she is recast, but subversively so.

In 2004 the schoolgirls of St. Maria Goretti High School for Girls in South Philly made the local news. Since the start of the school year, a man (later identified as Rudy Susando) had been showing up on school property and exposing himself. By mid-October the girls tired of his presence. One day Rudy whipped out his dick as per usual, but this time a group of twenty-five to thirty girls were waiting for the routine to begin. 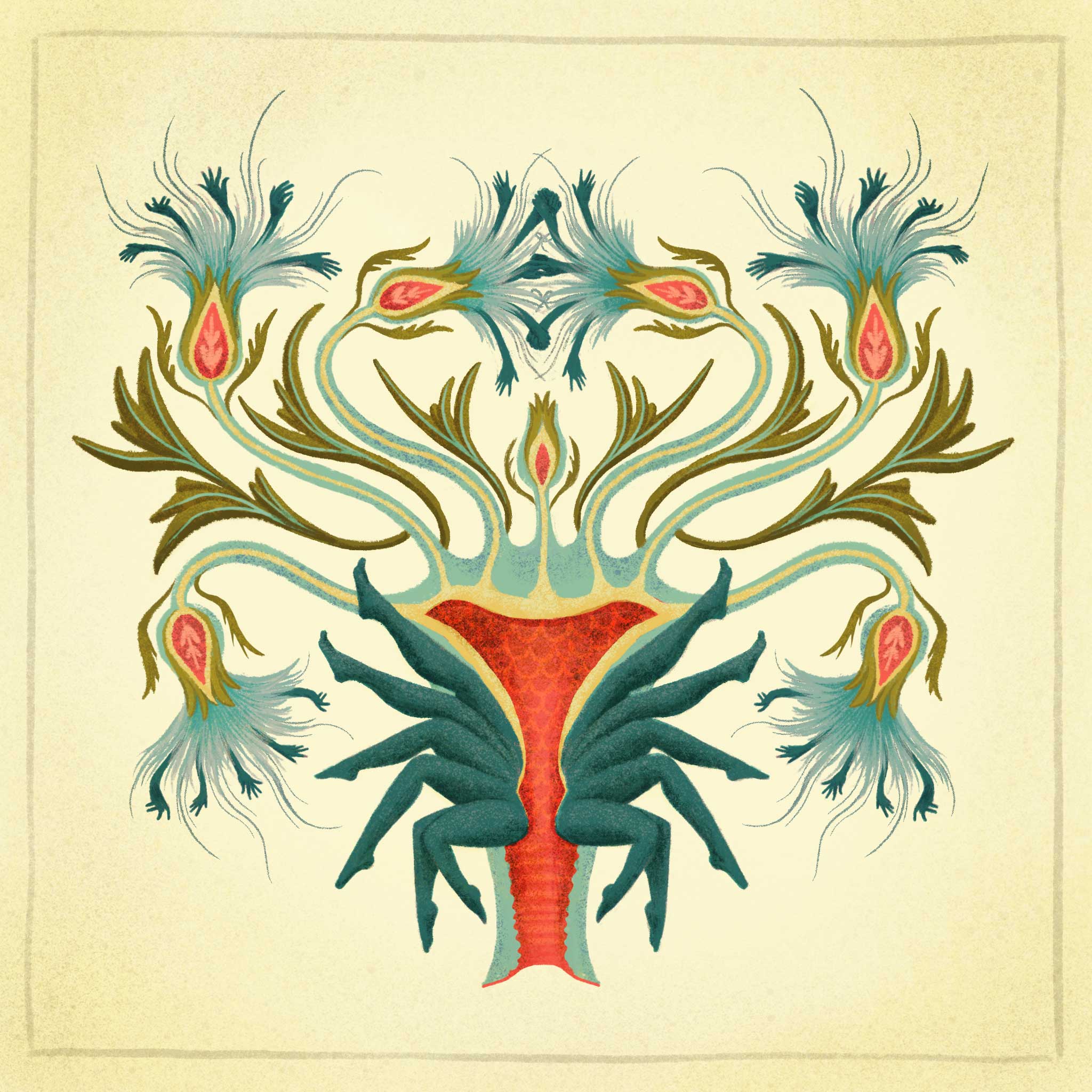 The girls encircled him. Surprised, Rudy stuffed his dick back in his pants and took his exit. The girls followed. He picked up his pace. They picked up their pace. Rudy began to sprint, then run. The girls did the same. And they tracked him until they overtook him and forced him to the ground. According to witness statements, due to the brutality of the incident, bystanders did not wish to intervene. Finally someone called the cops and Rudy was taken to the hospital where he was treated for injuries, notably to his mouth, as the girls had kicked in his teeth. He was eventually sentenced on 13 counts of indecent exposure, open lewdness, corrupting minors, and stalking. I have gone over and over this event in my mind. To understand this scene I enlist the help of my friend Bo, a filmmaker and devout attendant to Saint Maria Goretti. We discuss writing a screenplay about Maria Goretti. There is a 2003 Italian made-for-TV movie based on her life, which I have watched though I don’t understand Italian. I know, however, that our project will be quite different. In this extended scene, for example, we will artistically reveal how Maria Goretti enters the girls under her patronage. Once possessed, all of the girls will simultaneously open their mouths wide in silence. And then close them. And open them. And so on. The only sound, the brace architecture of gummy mouths in process. And in the mouths, butterflies. Some escape in-tact. Most get clogged at the congested exit valve so that eventually the girl’s mouths are stuffed open with suffering butterflies and their eyes roll to the backs of their heads.

Is what these girls did a good or bad thing? Or, was it a nuanced, complicated thing that troubles the binary, and if so, how do we get comfortable not knowing? How do you catch a cloud and pin it down?

In 2019 Julie Andrews, who famously played Maria Von Trapp in The Sound of Music, released her memoir, Home Work. She writes about her step-father, Ted Andrews, a vaudeville performer, known to Julie as Pop. It was Ted Andrews who first noticed Julie’s incredible talent and brought her on stage to perform alongside him. She also writes about how, starting at age nine, she was forced to share a bed with him and thus learned of his predatory inclinations.

In one famous story about Maria Goretti, halfway through her surgery (the one without anesthesia), the surgeon says to her, “Maria, think of me in Paradise,” to which she replies, “Well, who knows which of us is going to be there first,” to which he knowingly replies, “You, Maria.”

Selah Saterstrom is the author of five books: Rancher, Ideal Suggestions: Essays in Divinatory Poetics, Slab, The Meat and Spirit Plan, and The Pink Institution. She teaches and lectures across the United States, and is the director of Creative Writing at the University of Denver.