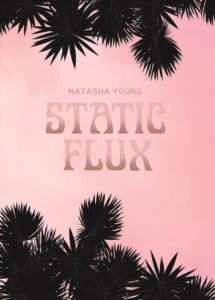 For the creatively inclined twenty-something there are, so the logic goes, two places to ply your craft in earnest: New York and Los Angeles, those coastal termini of art, culture, and commerce. Their far-flung shores beckon as lands of opportunity, but they’re still high stakes bets such that one should expect to bus tables or stock shelves in pursuit of passion. The old calculus is contingent upon a romantic notion that possibility necessarily outweighs inconvenience.

If this coast-bound itinerancy is the late-twentieth century American dream—Didion and manifest destiny and all that—what happens when cost of living and barriers to entry inhibit all but the most fortunate few, when even the honest trade of writing is reduced to a pipe dream for the nation’s finest literary talents? In metropolises facing housing crises, transit crises, and impending climate doom, Manhattan’s glittering skyscrapers become totems to income inequality, Malibu’s beachfront mansions temples of capitalist excess.

Early in Natasha Young’s clairvoyant novella Static Flux, an aspiring young writer stands on a drab block “in the psychic confines of northern Brooklyn” and turns her gaze toward the western skyline. “I grimaced in the general direction of Midtown across the river,” Calla narrates, “thinking everything was too ugly to be so iconic yet too iconic to be real.” The city she fantasized about during her poor New England girlhood has let her down; barely employed, barely writing, and besieged by depression, she’s condemned to witness New York’s extravagance but unable to partake of it. “The great city’s architecture had developed into a dull, muddled concrete backdrop,” she continues, “all its majesty obscured by the piss-stain-and-cigarette-butt-snow and the dubious steam that rose ever up from the manholes and storm grates.”

So much for Kings County’s not-quite-struggling artists as valorized in premium cable schlock; the effortless sophisticates of Lena Dunham’s lofts and coffee shops are in short supply. “I had no insurance,” Calla discloses. “I hoped nothing would happen that would require my hospitalization, in which event I hoped for a quick death.” There is no glory in her struggle, for to chase a dream and fall short in North America’s richest city is both precarious and untenable.

In her relative ignorance, Calla is far more perturbed by the question of how to make art in a declining industry than that of how to survive in an oppressive society. As such, Static Flux is a parable of privilege. A scene in a smoky Williamsburg bar reads like a contemporary “Piano Man,” her bartender “reckoning with the interminable student loan repayments she owed for an abortive stint at NYU.” When Calla finally retreats to Los Angeles—because what else is a girl to do when New York’s a bummer—she gawks at California’s “ragged homeless” even while despairing over her own lack of funds and fulfillment. Of her contemporaries, she declares: “We shared the sense of having been deprived, by circumstance or late capitalism, our destined Artist’s Life: unstructured free time, solitude, space, all much too expensive in this city.” This is perceptive satire by Young, who realizes that to dream is, in and of itself, a privilege.

Young’s satire grows sharper in the L.A. chapters, during which Calla shacks up with an old friend, Alix, who’s given to flighty whims and faux-hippie affectations such as crystals, diets, detoxes, and exhibitionism. Static Flux’s Californians are parodies of themselves, personalities self-styled after Elliott Smith, Nick Drake, and of course Didion. An overcooked party scene focuses on predictable Hollywood touchstones: Botox, celebrity, cocaine. Still, Static Flux is not intended as an exercise in generational finger-wagging. Young sympathizes with the plight of creatives stifled by recession, of millennials resigned to making do with less than their parents.

Most significantly, she contends with mental illness in its innerving modern forms. Calla’s ambient first-person narrative vacillates from cool and cerebral to punchy and visceral according to her body’s chemical and biological changes. Eschewing therapy—who can afford it—she intersperses her breakdowns with experiments in self-medication. Rather than self-destruction, Calla seeks a more basic deconstruction. “Vices are not destruction of the self,” she asserts. “Vices are destruction of the mask that’s soldered on from infancy.” Her solo psychedelic experiences read like a Nirvana song, just not in the try-hard manner of ‘90s slacker lit—her wallowing groans are driven more by self-hatred than by self-pity.

If Calla’s depression, anxiety, and impostor syndrome are inextricable from the trials of late capitalism, it’s prescriptive criticism of a society in which intellectuals can’t make subsistence of their life’s work. For a time Calla dates a Swiss man who ascribes America’s manifold problems to those of youth. “These are juvenile problems,” he says. “Whereas my country takes care of its own, so our problems go deeper, so deep they’re complex problems of the collective mind—problems of perception of value. We are concerned with ethics and new morality without religion, how to quell extremism.” America’s juvenile free market woes, then, are problems of arrogance and denial.

Calla’s foil is Alix, a rich Angeleno plagued by a personality disorder of her own. Their pleasant epistolary acquaintance is nearly riven by physical proximity, becoming vaguely parasitic as Calla sponges off Alix’s languorous Laurel Canyon lifestyle. Calla is alternately charmed by Alix’s privilege and repulsed by it, belittling Alix’s mental illness given her financial stability. “If Alix’s internal pressure culminated in a geyser burst every now and again in the form of an anxiety attack,” Calla considers, “my pressure valve was dysfunctional, chronically leaking signs of excess strife, constantly releasing streams of consciousness put to language.” Unburdened by the paradox of making art under capitalism, Alix is who Calla might have been under a more just society.

If, per Calla’s rationale, New York and Los Angeles are indeed the only remaining havens in which to grapple with a life in American arts, Static Flux’s verdict is a bit of a toss-up. Sure, L.A. is just another superficial place in which to spend hard-earned cash on overpriced cocktails. But, Calla concludes, at least it’s pretty, and the mobility necessary to even make such a resolution stands as testament to her long-unacknowledged privilege.

With meditations on social media, climate change, gentrification, and patriarchy, Static Flux is acutely of-the-moment, a sensitive document of the Age of Anxiety. Young’s narrator craves discovery but cowers from the wider world, taking herself all too seriously while excoriating her flippant peers, every jittery movement geared for escape. But Calla’s gift—and, one may safely assume, Young’s—is a near-prescience, a rare ability to coolly survey her own episodes as if from an omniscient perspective. Despite her exploration of harrowing psychic realms, you’ll want to think with her brain and see with her eyes, to relish how she feels if not what she feels.