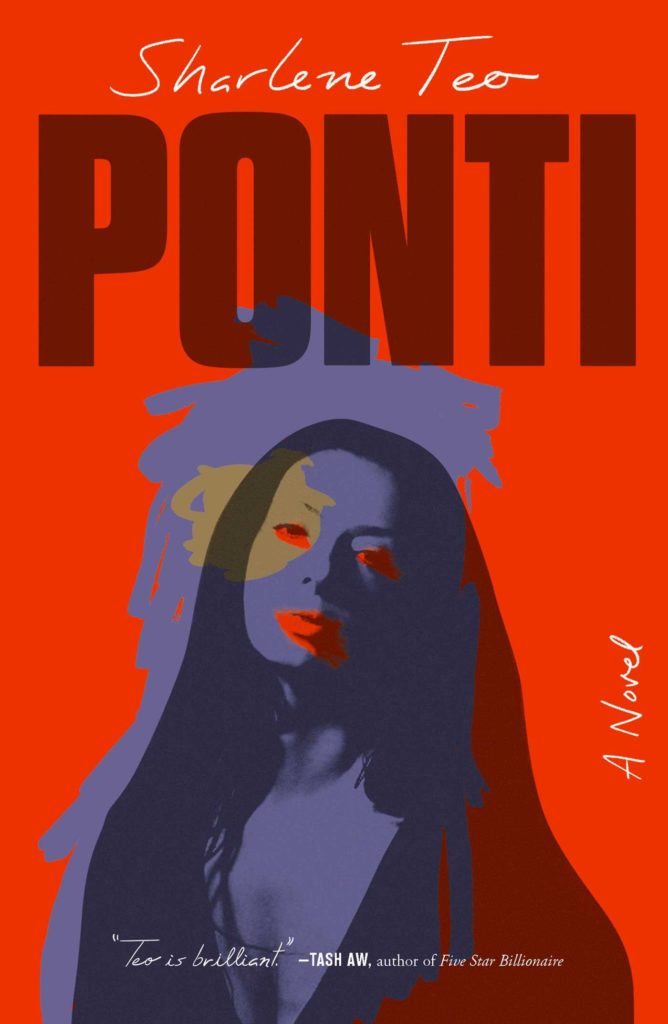 Pontianak, Indonesia is named for its ghosts. It’s said that Syarif Abdurrahman Alkadrie built his mosque and palace on top of a ghost’s nest home to the vengeful Malay spirit, the pontianak. Exact accounts vary. In one version, Alkadrie is a brave hero who battled a group of pontianaks to save the town. He builds a palace and mosque on top of the battle site as a monument. In the other, Alkadrie ignored the warnings of local people and built his palace atop the ghosts’ nest, angering a pontianak who took to haunting him. Of the two accounts, only one appears in tourism guides.

The pontianak, described variously as a ghost, vampire, monster, or cannibal, is a Malay myth that has spread across Southeast Asia and parts of South Asia through trade and colonization. Writing in the imperial gaze in the 1900s, Walter William Skeat notes that the lang suir is the spirit of a woman who has died in childbirth, while a pontianak is the stillborn child of the lang suir, taking on the appearance of a night owl. But in Southeast Asian film and culture, the pontianak has grown ubiquitous as an undead woman, cursed with immense beauty and monstrosity. She grows her dark hair out long to hide the hole at the back of her neck. In a white dress, she haunts the streets late at night, seducing wayward men before she rips them apart with her long fingernails and teeth. A staple of Singaporean film, the pontianak has been a major figure in the film industry’s cultural identity.

This icon is at the center of Sharlene Teo’s Ponti, a novel that chronicles the lives of three misfit women. For Circe, a divorced ad executive speaking to us from approximately the present (2020 to be exact), days are tedious and boring. A new project about a B-list horror movie unearths uncomfortable memories of a codependent friendship from high school. Szu Min was a similarly outcasted girl at their convent school, Whampoa Convent of the Eternally Blessed. Both girls are fascinated by Szu’s mother, Amisa, a glamorous cancer patient who once starred in three B-list movies about the pontianak.

A slow dawning mercy Ponti offers: Men are, for the most part, an afterthought. Beauty and power, specifically Amisa’s, are a primary concern of the novel, but romance is backlogged. Szu’s father abandoned Szu and Amisa years ago. Szu and Circe are both sexually inexperienced and unattached in school. As an adult, dating doesn’t concern Circe, her dismissal of men rivaling a young Amisa’s. The majority of the story takes place in Szu’s home, where Amisa and her live-in friend, known only as “Aunt Yunxi,” practice their spirit medium business (Yunxi claims to be the real deal). The sharp focus on its disaffected women creates a spookier, sadder Lord of the Flies feeling.

In fact, the only man of any prominence is the director of the Ponti trilogy Amisa stars in. Iskandar Wiryanto is an auspicious figure who recruits Amisa from her job at the local theater. He was born in Pontianak (“The city sits right on the equator. It’s real.”). His phone number is her birthday. He looks like an eagle and is observant of (but unaffected by) her charms. These films, he promises her, will make her a star.

Iskandar’s pontianak isn’t the average monster. Instead of being borne out of a pregnancy gone awry, his monster is a deformed girl named Ponti who wants to be beautiful and seeks out a witch doctor to make her so. Ugliness cannot be tolerated, but neither can such naked desire. Ponti is cursed to thirst for the blood of men, or else lose her looks. “She brings her victims right up close and gives them a long, wet kiss that sucks the soul and youth out of them,” Szu breathlessly tells us. To Szu, Amisa is a distant figure who treats her poorly. But as a monster, Amisa’s Ponti is sympathetic. After her first feed, she is full of regret, shock, and revulsion. “I’ve never seen this expression in real life,” Szu says.

Amisa’s Ponti is neither alive nor dead, part vampire, part cannibal. She is, somewhat, an admonishment for wanting—Amisa’s primary sin. From a young age, Amisa is both incredibly beautiful and wily. She steals knick-knacks from the neighbors in her small town and at thirteen begins sneaking out of the house to have sex. “That one has the face of a princess but the heart of an ugly sister,” her mother bemoans. Amisa’s misbehavior makes her beauty more of an aberration. As soon as she turns 18, she flees her mother’s disapproving glare.

Arabelle Sicardi writes that, for men, beauty “is about assimilation,” often a tool of control. Something out of control, then, is incongruous with beauty. The seductive face of the pontianak manifests men’s fears of this negated contract, painting beautiful women as tricksters and carnivores. “The vagina dentate also points to the duplicitous nature of woman, who promises paradise in order to ensnare her victims,” Barbara Creed writes in The Monstrous Feminine, an apt comparison to draw considering the pontianak’s sharp teeth and long nails. Ironically, though the pontianak is the duplicitous one, a man must literally stab her in the back to triumph over her.

Traditional folklore says that the pontianak can be tamed by shoving a nail into a waiting hole at the base of the pontianak’s neck, along with some of her hair. She doesn’t die, but instead becomes an obedient sexual and romantic partner. The phallic nature of this conquest belies the common anxieties men have about women’s sexuality and fertility. Skeat, speaking of the lang suir, notes, “Cases have been known, indeed, in which she has become a wife and a mother, until she was allowed to dance at a village merry-making, when she at once reverted to her ghostly form, and flew off into the dark and gloomy forest from whence she came.” This implication, that women of some sexuality are feral, in need of taming, and constantly in danger of being released often says more about man’s insecurity at his own failings than the carnal nature of women. The revictimization of men is omnipresent in patriarchies, from the pontianak’s hauntings to today’s race-bling handwringing at the idea of #MeToo going “too far.” (Women, for the most part, are politically fraught balls of identities, to be handled delicately and en masse.)

Curiously, Iskandar Wiryanto’s Ponti does not die such a simple death. At the end of the first movie, the earth moves and a banana tree consumes her just as the hero plunges a nail into her hole. Iskandar, who we learn little about, says his mother inspired the character of Ponti. Creed talks about the theory that cis women’s bodies are a source of anxiety for men because they connote motherhood. The appendages that can give life can, theoretically, take life. On screen, Iskandar realizes the fantasy of mother-as-life-taker, but he also exhibits an unusual amount of control, both over the story and his actors.

Amisa stands in stark contrast to her theatrical alter-ego. In real life, when we meet Amisa she is dying, abandoned by her husband, and living in squalor. She is, very pointedly, not a monster, though the Ponti! movies do seem a curse in some ways. Szu might be surprised to know that the performances Amisa gives in her films were prompted by brutal, continuous emotional beatdowns Iskandar would deliver near daily in the privacy of his home, with such frequency that the crew—and even Amisa’s husband—think the two are having an affair. It is a bizarre relationship to foster with an actress Iskandar claims reminds him of his mother. He asks her to strip, revisits her most personal memories, and grooms her to cry to “Landslide” by Fleetwood Mac, all while denying her romantic advances. When Amisa’s husband leaves her, she takes up smoking full time, the implied source of her illness. “Beauty is an armor,” Szu says, “For as long as I’ve known her, my mother acted invincible because of it.” But while this may be true for the pontianak, here beauty only offers the illusion of security. For Amisa, time runs out in the end.

As it does with Ponti!, the film series. Resurrected from the dead, Circe’s company will promote a kitschy adaption based on the original, something Circe is resistant to. “If you watch the original trilogy carefully, it’s not meant to be scary. It’s B-horror, sexy entertainment,” one of her coworkers tells her patronizingly, betraying the abuse Amisa suffered under Iskandar. The film company has chosen its actress, a half-white influencer with a sell-anything smile named Eunice Prinze.

All their girlhoods Circe and Szu are obsessed with beauty, patting on expensive face creams and quietly resenting the prettiest girls at school. Szu diets incessantly, comparing herself to her mother. But in the present day, Circe thinks that, “Someone like Amisa would never get anything beyond the bit part of a dim sum waitress now; she looks too Chinese and too foreboding, and that’s how it is.” Eunice is “Queen of Buyable Hope,” the logic of the free market exerting its power over the supposed immutability of feminine wiles.

Iskandar’s movies are a self-funded vanity project, but even he cannot get around the film market’s fickle nature. By the time of its release in the seventies, Malay horrors had fallen out of fashion in favor of Hollywood films and American television. Ponti! has a difficult time finding a theater to screen it, given that its competition is the action/spy film They Call Her Cleopatra Wong, starring Marrie Lee, and her “searchlight smile.”

Embedded in Teo’s tale of troubled teens is a comment on the ways a nation’s identity is tied to its conceptions of womanhood. Timothy White has noted that as American cinema started to infiltrate Singapore, viewers’ values shifted. A suspension of belief and acceptance of images on screen as symbols was considered natural, but an influx of Western cinema, with its focus on mise en scene, raised the bar for believable images on screen. Malay myths like the pontianak were no longer convincing to an audience, but viewed as campy interludes. The remake of Ponti!, Ponti 2020, follows this trend, including a seemingly romantic plot with a white leading man.

In the novel, the pontianak isn’t the only symbol of old ways and beliefs. Though a running gag of the novel is that Yunxi (the spirit medium) is a fraud, there are hints that she isn’t completely so. Circe herself becomes an unwilling carrier of myth. But, the pontianak does offer a symbolic freedom for women like Amisa, hungry and hobbled by the world’s various prejudices. She acts as a mythical corrective, a sieve for women’s frustrations and limitations. A pontianak in love is a perversity onto itself, a mark of Teo’s dark humor. In the real world, though, Pontianak, Indonesia recently contemplated building a hundred-meter tall statue of the pontianak to attract tourists. With the globalizing influence of Hollywood, even the pontianak loses her fangs.

Alana Mohamed is a writer and librarian from Queens, NY.