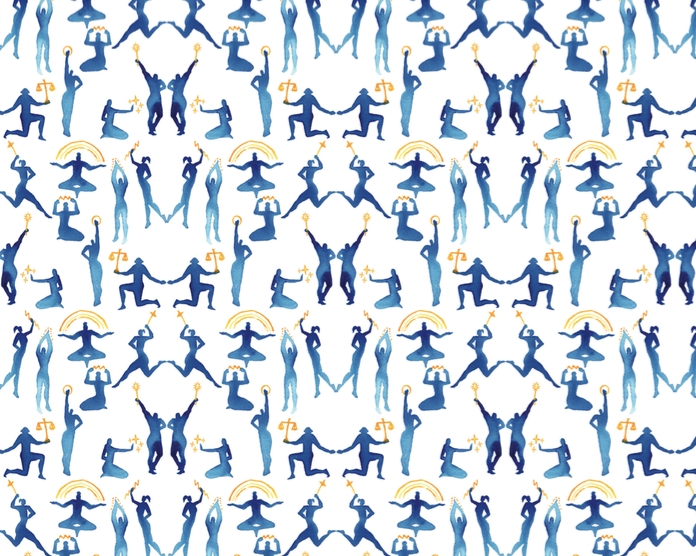 In The Frozen Thames, Helen Humphreys writes of that river forty times to tell the stories of the years it has frozen solid. The first freezing in the book takes place in 1142, the last in 1895. The words vignette and episode appear in the jacket copy as a way to describe the form of the book, but to me each piece is also a rendering: of the Thames, of freezing. I like this word partly because of its relationship to drawing, but also, Humphreys brings a representation of the river to life again and again. She helps us to see it in 1506. In 1768. A portrait of the river in those cold winters, those bitter years.

My favorite moment in the book comes right away in that very first freezing. Matilda, the Queen of England, is trapped inside her castle by her cousin, Stephen, and has been so for three months. When she finally makes her escape, it is during a very deep snow. “Big, lacy flakes that swim down out of the darkness decorate the shoulders of the Queen’s maid. ‘Ma’am,’ says Jane. ‘The snow is the same colour as your nightshirt’.” And so Matilda and three of her men wear nightshirts for their crossing. They wear white bonnets. Out on the river, a sentry seems to notice their passing, but instead of stopping them he blesses himself. Humphreys writes: “he must have thought that they were ghosts.” I like imagining this crossing, but not for its adventure; I’m not a fan of action, necessarily. It’s the image I love, Matilda and her knights going nearly invisibly through a blizzard, the river a new passageway, so frozen even a fire can be lit upon it. A portrait of escape.

Because I live in Los Angeles, a city where it doesn’t snow, in the winter I often read books that take place where it does. For instance, I very predictably just finished reading Winter by Adam Gopnik, itself a very satisfying portrait of that season. I still want a feeling of snow sometimes, even if I don’t want to live in it. As Gopnik so eloquently says, “winter is a trap for the Romantic imagination, because it makes dead forms look as nice as living ones.” Though there are times each winter when I can drive to the Angeles Crest or Mt. Baldy, and walk there in the snow, and even days when I can see snow on the peaks of the San Gabriel mountains from my front porch, the only other way I know how to have a feeling of winter is to see an image of it in a painting or movie, or through setting in a story or a novel, to read it, and sometimes to write it. I admit that I write and read partly for escape, or maybe to travel is a better way to say it.

Tove Jansson’s novel The True Deceiver is literally half snow: The narrative would be so different without it. The snow is part of what makes the relationship between Katri Kling and Anna Aemelin so uneasy, and it adds to the uneasiness in Katri herself.

Everyone was at home having dinner, and there were lights in every window. As usual, it snowed. The roofs had heavy overhangs of snow, the paths tramped into the snow during the day went white again, and the hard-packed banks on either side grew higher and higher. Inside the snow banks were deep, narrow tunnels where the children had dug hideouts for themselves during thaws. And outside stood their snowmen, snowhorses, formless shapes with teeth and eyes of bits of tin and coal. When the next hard freeze came, they poured water over these sculptures so they’d harden to ice.

One day Katri paused before one of these images and saw that it was a likeness of herself.

This too is a portrait of winter. A portrait of Katri, in ice. Imagine finding your likeness in that way. I feel as though I were looking at it.

One of the things I like about portraiture in visual art is how long you can study one moment, one scene, and I think that in fiction, if readers are patient enough for it, setting and description can get close to this too. A novel, a short story, can do more, of course, than bring the reader through a narrative. There can be room to rest in that narrative, to look at something, to go into it. In The True Deceiver I like experiencing those scenes of winter, as long as they are, staying on as winter itself does, and now that it’s been a while since I’ve read the novel, it’s those images of snow and ice that stay with me as much as the strange things the characters say to each other, or don’t say.

In Tisa Bryant’s Unexplained Presence a continuum comes into being, or else a light is shone on connections already present between people (or characters) who existed throughout time (or art or film or literary history) but never knew each other, or even knew to know each other. In the book, Bryant looks at and writes into films, novels, and paintings (among other things), “cataloguing the ways blackness persists in culture: as curio, as enabler, as counter-example, as temptation, as nightmare.” One of my favorite pieces is “The Problem of Dido,” which begins: “Somewhere, in the Continuum of our now, two girls sit for a portrait on their uncle’s massive Kenwood estate.” Bryant is conjuring the famous portrait from 1779 by Johann Zoffany, Dido and Lady Elizabeth Finch Hatton, of Dido Elizabeth Belle Lindsay and her white cousin. Dido, not even fully named in the title of the portrait, the daughter of Sir John Lindsay of the Royal Navy and Maria Belle, the latter of whom is thought to have been a slave in the West Indies, was raised by her great uncle William Murray during the case of the Zong trial over which he presided as Chief Justice of England.

Now there is the film of Dido’s life, called Belle, but before that, Bryant imagined the moment of that portrait, and then moved forward from it to imagine Dido’s life, what she might have encountered and thought, bringing it to touch on the life and story of Ourika, also raised by a white family, in France around 1786, and destroyed by it. Bryant’s form of ekphrasis is the most beautiful I know, to not only describe a painting, but to enter it, to enter history, including art history, to bring to light a continuum of experience, often painful.

What are we seeing when we look at a portrait? When we read it? Traditionally, we think of the way a person or character looks, has arranged him or herself for the artist or photographer, the writer, but if the person or character remains unarranged? Isn’t that a portrait too? Can we see thoughts, thinking? A.S. Byatt in Portraits in Fiction writes that, “a portrait in a novel or a story may be a portrait of invisible things—thought processes, attractions, repulsions, subtle or violent changes in whole lives, or groups of lives. Even the description in visual language of a face or body may depend on being unseen for its force.” The way we can understand something about how a character looks based not on a physical description, but on how the other characters react to his or her presence, for instance. Francine Prose talks about this in Reading Like a Writer. As a writer myself, I feel I am always negotiating something like that: when to give something explicitly to the reader and when to hold back, or when to give just a little of it so that it can be sensed rather than simply seen. And in a way, what allows fiction its sense of possibility and freedom is exactly in what it chooses to make visible. Like thinking and talking; what remains in the mind and what actually gets said.

In Portraits in Fiction Byatt says that Honoré de Balzac sometimes used real paintings to describe the characters in his work, as in his short story “The Unknown Masterpiece.” In describing a young Poussin seeing the old master Frenhofer for the first time, Balzac wrote of Frenhofer, “You could have said it was a picture by Rembrandt proceeding silently, without a frame, through the darkened atmosphere.” Commenting on this, Byatt adds: “Balzac’s description details those notes we linger over in a Rembrandt portrait—and then he turns the whole thing ghostly by making it live.”

He turns the whole thing ghostly by making it live. The thought of what is beyond the frame of a painting has always been extremely appealing to me, but so is bringing to life a character or likeness of a person who is usually sitting still. What will s/he do when s/he finally gets up? Where will s/he go? Of course that would be ghostly, and in many ways so is ekphrasis itself, giving someone or something movement that was supposed to remain a single image. Letting the portrait walk. The living form, always in relation to the dead one.

Amina Cain is the author most recently of the short story collection Creature (Dorothy, a publishing project, 2013). Work has appeared in publications such as n+1, The Paris Review Daily, BOMB, Full Stop and Puerto del Sol.