Flint and the Museum of Lead 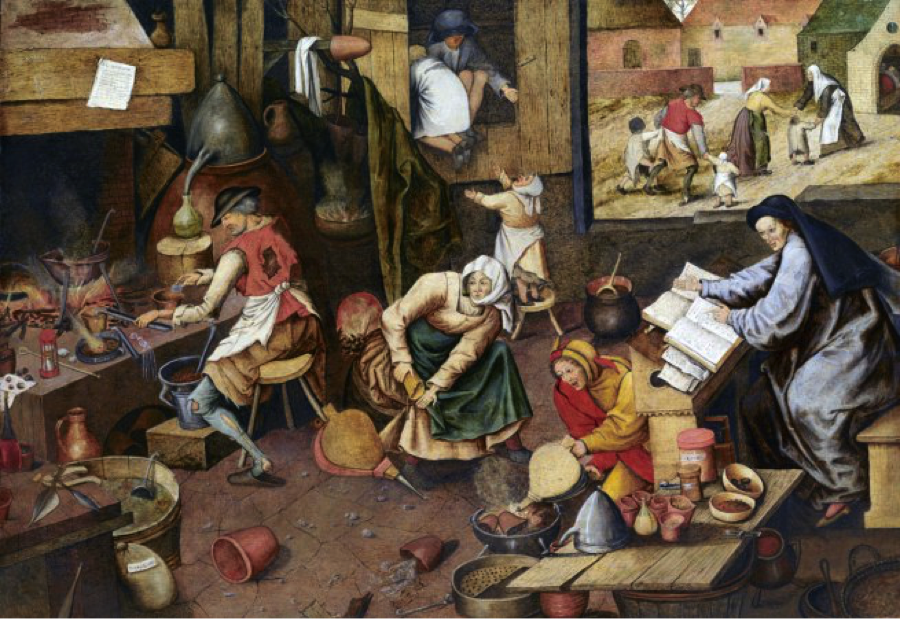 Lead is not news. Or shouldn’t be. Since the beginnings of western civilization, lead has been dangerous — and not just in bullets or in the alchemical experiments that affected Newton’s sanity. Lead in the water of the Roman aqueducts may have been a cause of the fall of the Roman Empire, though lead in the Romans’ pewter goblets and wine probably had more effect on the rulers. Could the Romans have known better? They had the example of ancient Egyptians who used lead to deleterious effect in their cosmetics. The Egyptians might have learned from the inhabitants of Sumerian Ur, where lead was first used, making lead the ur-element.

Those were early times. Science was limited. Last century we knew better, taking the lead out of gasoline and pesticides, removing lead from paint. But something about lead makes people dumb. We were too dumb to replace the lead pipes installed a century before. Officials in Flint had the measuring devices to monitor the water moving through those pipes, but it was easier not to. Or cheaper. In Classical Greece money was made of — and from — lead. One source of the wealth of Athens was the lead mines of Lavrion down the coast of Attica. Until recently, one could see hillocks of lead slag around the harbor. Running water through lead pipes in Flint seems to have been a matter of economy, unless you know that “economy” comes from Greek, where it meant “home management.”

I discovered the long sorry history of lead — or humans’ use of lead — when researching my “Museum of Lead” in a novel called The Liquidators. One contemporary character, a plumber, died of lead poisoning. His son designed the Museum to demonstrate that humans have been liquidating themselves for more than five thousand years with the mineral that was most easily liquefied. I’m not saying that the Governor or other officials in the state of Michigan should have read The Liquidators and heeded its warning. My Museum was just a thumbnail history of dumbness that anyone charged with the health of citizens could and should have known.

All this is now obvious about lead itself. It has a long half-life. Perhaps its second half will be as a metaphor. Lead has for centuries been associated with weight. I prefer its malleability. Since the Renaissance, western civilization has had an alchemical obsession, turning lead and every other substance into gold — into profit — with ever more sophisticated methods of making nature, including atoms, malleable–transformable, usable, and salable. The result is hundreds of years of substance abuse. Perhaps the most far-reaching industrial alchemy was putting lead into gasoline so we could move bodies faster. Then we had lead in our computers to move information faster. But as the narrator of The Liquidators says, “lead leaches.” From mines to minds, from metal to metaphor. Everywhere we read now that humans must be malleable, willing to be formed by new circumstances, willing to change jobs throughout their lifetimes, just as malleable politicians are willing to avoid the facts in their face. Anything substantial, any solid principle, can be liquidated. That, to me, is the lesson of lead in Flint.

In a city named for a very hard stone, Flint officials were malleable or claimed the scientific evidence about lead was or calculated the poor citizens of the city were. Lead is used as a shield, in the apron you wear at your dentist’s, in atomic reactors. But now that lead is in the bodies of Flint residents, I doubt officials can shield themselves with the excuse that “we were dumb.” From what I’ve read, the governor and other officials were not drinking that lead-laced water.

Lead lasts. It can be removed from the body by a process called chelation. But that is complicated and can have dangerous side effects. You can’t reverse widespread lead poisoning by putting some other element into the water supply. Ancient Greeks told the future by the way small drops of lead congealed in water. The future effects of lead in Flint, especially on the brains of children, are difficult to measure. In “The Alchemist,” Brueghel—more than 400 years ago—seemed to recognize the danger to children who are pictured trying to escape the lead fumes. Some scientific studies associate early lead poisoning with later criminal behavior. Let’s hope Flint’s children don’t grow up to be as criminal as the adults who poisoned them.