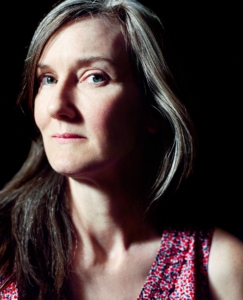 Nell Zink is a powerful American wizard who lives in Germany. She published her first novel, The Wallcreeper, last fall, and it was received by book people with a rare sense of awe. Where did it come from? they whispered to one another. How can I reconcile my admiration with Nell Zink with my practical disdain for her friend, Jonathan Franzen? their friends replied. A bona fide out-of-the-blue debut, The Wallcreeper follows a pair of disaffected birdwatchers-cum-ecoterrorists as they malaise themselves around Europe and fall out of love. Self-assured, sardonic, and very very funny, it’s one of my favorite books published in the last few years.

Zink’s second book, Mislaid, a sprawling Virginian family farce that involves such southern traditions as mistaken identities, racial passing, auto-vehicular vandalism, drug frats, and sex in motorboats, was published this spring by Ecco. If that list wasn’t clear enough: Mislaid is a real trip, totally overflowing with heartful comic energy. Earlier this year it was longlisted for the the National Book Award and according to Zink (see below) a third book is on its way soon.

Despite the fact that she must be writing nonstop, Zink was nice enough to answer some of my questions about her books and ever-growing literary powers.

Jesse Montgomery: Two of my favorite books I read this year—The Wallcreeper (yours) and McGlue (Ottessa Moshfegh’s)—were really tight, propulsive, short debut novels. Both were written really quickly and share an almost claustrophobic sense of perspective, which is to say the narrative voice doesn’t seem belabored or overcooked. Super fun! What are your thoughts on (1) the tonal products of writing quickly, and (2) from so single point of view?

Nell Zink: Many long novels seem to me to be written that way. Take An Interminable Litany of 250 Killings by Marlon James—it’s a series of short, raw sections in the first person, and that’s not unusual for a novel these days. I guess it’s a matter of taste what you want to be eating raw. I’ve been sent several hastily written memoirs where my blurb would be, “This book should be suppressed to save the author a lifetime of regret.” But when it’s a brain like yours, it can be fun.

To follow up, how did you then approach writing a novel like Mislaid, which follows several characters and perches in their heads? How many heads are good to perch in? Do you miss the focus of The Wallcreeper or enjoy the extra headroom?

It was harder to write Mislaid, because it’s in the third person. A first-person narrator is allowed to be unreliable. The voice is like a dirty windshield at night in the rain. Even if all you see is glare and blobs, you assume whatever’s out there is real. But the second an omniscient narrator makes a continuity mistake, readers want to kick its ass. The third person forces you away from storytelling into consistent detail, like a nonfiction writer. But I appreciate a challenge, so I’m now putting the finishing touches on a novel that’s in the third person, in the present tense, and originally included no interior monologue or cogitations of any kind. I even subtitled it “a series” instead of “a novel,” because I was emulating the superficiality of audiovisual media in hopes of scoring a series pilot. Now that I’m making it more novelistic, it reads a bit like Anne Tyler. Not like Franzen—he sometimes does a paragraph or even a page of cogitation per line of dialogue—but I’m still learning a lot about how to take a novel to the next level.

As someone who was born and raised in Kentucky I really dug the South of Mislaid, and your structural assessment of region’s history of land development, dispossession and suburbanization. A few weeks ago you tweeted a link to an article on the American Bar Association’s website about developers going after commonly held land inherited through “heir’s rights,” i.e. without a will—a practice disproportionately common among poor people in the South and especially African Americans. Because it just takes one heir to open the door for a potential sale, collective claims are shaky and these big old plots ripe for a golf course/Gander Mountain integrated living experience (or whatever). Why set a madcap family drama against this sort of thing?

I’m glad of every reader who gets my jokes about real estate in the South. Obviously I could have written a novel that centers on dispossession and disenfranchisement, but I made it incidental quite deliberately—for the reason that it’s incidental to people’s lives, unless they want to be very unpopular. I mean, everybody knows people who are in a state of voluble rage about what’s been done to them, and nobody likes those people. It’s one of history’s cruelest ironies. The more they fuck with you, the less credibility and influence you have. One turning point for me was a meeting of Families Against Mandatory Minimums in Lansdowne, Pennsylvania. Everybody there was white and upper middle class, and they were so angry—because they’d been treated like black people—that they sounded totally incoherent. The police had stormed into their houses and stolen and broken stuff and taken away their college-age sons, and they were spinning fantasies of violent revenge like Black Panthers in a movie. The black people I knew down South were more likely to tell you a deadpan funny story about being treated insanely badly and give you this look like Jack Benny. It was like those stories white people always conclude with, “You can’t fight City Hall,” except instead of a traffic ticket it’s years in jail. My artistic aim in writing Mislaid (I had one, I really did!) was to depict people in the throes of repression—not consciously aware of the forces at work in their lives, not wanting to be aware because they’d scream and rip their eyes out, fighting back with faith and despair and humor (not the most effective weapons, but great ways to be socially accepted), resisting all the wrong things. I’d encourage anyone who’s more of a historian to write a different book and maybe use this as a jumping-off point: https://en.wikipedia.org/wiki/Grove,_Virginia

Another important southern formulation you advance: the No South. This is from Mislaid:

“I mean No South. You can’t have “New” and “South.” It’s oxymoronic. I’m talking about the No South. The unstoppable force that’s putting in central air everywhere until you don’t know whether it’s day or night. Fat boys used to spend their lives in bed and only come out to fish and hunt. Now they go into politics and make our lives a living hell. One little thing, all by itself—AC—made the South go away overnight.”

AC is definitely the stalking horse of the No South. I live in Nashville where housing construction is fucking nuts. If you see a window unit poking out of a bungalow, that house will sure as shit be a CrossFit gym or parking garage in the next three months. The window unit is the mark of death. What the hell is going on? How does the South look from over there in Germany?

Germany doesn’t need AC, not yet, and housing construction is in fact fucking nuts, even in Germany. At least Germany has zoning—Albania looks like the suburbs of Pittsburgh, utter planning chaos. But after ten years of interest rates that are negative if you correct for inflation, you can’t really blame people. C’est la guerre. You can tell from Mislaid that I feel nostalgia for hot nights of skinny-dipping and the lethargy of un-air-conditioned Augusts. But in any case the New South is (or was) the place where a black man can have a full-time job with benefits, and it has nothing to do with AC. That’s just Cary talking. He’s a bit unreconstructed. We all know his great-grandparents raised money in a pinch by selling off their slaves’ kids like puppies. Mislaid isn’t the book where he has an attack of conscience.

By now your readers are probably familiar with your rather sudden and triumphant emergence into the public eye—fully formed from the head of Zeus and so forth—as well as your friendship with Jonathan Franzen. Your writing has been met pretty evenly with praise, while every utterance by Franzen—who I think writes very smart, fun books—is met with virtual apoplexy. (It’s totally hilarious whenever you mention him in an interview or essay, people on Twitter pull quotes to prove you’re actually mocking him.) Has it been strange to start publishing your work so closely associated with someone a chunk of the internet seems hell-bent on hating?

Twitter and reality are not intimately connected (cf. http://www.journalism.org/2013/11/04/twitter-news-consumers-young-mobile-and-educated/). At my career stage, there’s no such thing as bad publicity. The internet can hurt an established writer like Franzen. It can’t hurt me. He finds my success comforting.

Related: Your novel The Wallcreeper sort of ends with the Cat Stevens song “Oh Very Young” (cool and appropriate). Franzen’s novel Purity ends with Train’s “Hey Soul Sister” (incontrovertibly dorky and ukulele heavy). Does writing about pop culture and keeping it current produce any anxiety? Should it maybe produce more in other writers?

I thought he meant “Lady Marmalade”! I’ve never heard of Train. As far as I can tell his taste in music is dorky, but he has other virtues. You’re safer asking him about the best songs ever than about his favorites. He apotheosizes the impeccable “Forget” by Mission of Burma, but I wouldn’t tell you what his “favorite song” is because it’s too embarrassing. I think that’s proof he’s a sincere guy, which is why the internet hates him. You need a hard shell of hipster coolness to do well online.

You wrote a really funny essay for Buzzfeed titled “Why Cultural Significance is the Best Job I’ve Ever Had” which is half meditation on suddenly getting mad respect and half meditation on having really great friends. Despite ruling, the essay received 6 ratings of “Fail” and 0 ratings of “YAAASS.” With this in mind: how does one ward off “the terror”???

This question almost makes me think you seriously believe I give a rat’s ass about ratings on Buzzfeed! Like the essay says (in terms not calculated to be understood by the usual clientele of Buzzfeed), you can shake off the feeling that life is pointless by taking an active part in things you believe have a point. For some people it’s family, or fandom, or a pilgrimage. For me, it’s environmentalism and books. Publishing them to good reviews is the icing on the cake. Occasionally even I get the feeling that there’s no point—it’s a really weird, hellish feeling—but I’m not depressive, so it usually goes away after about a second.