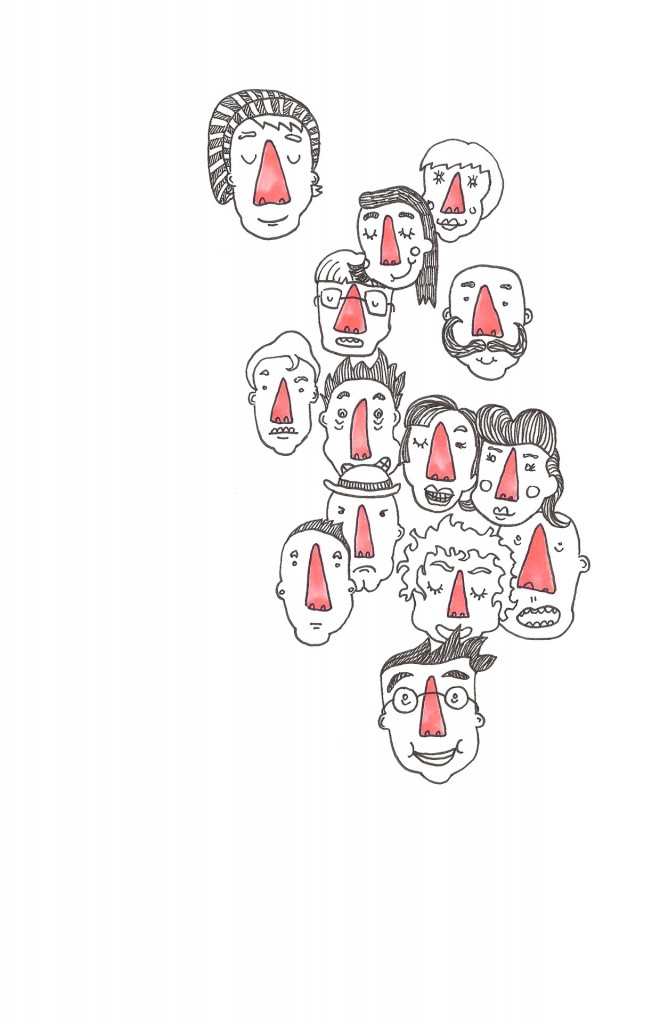 Like countless other bright-eyed post-grads, I came to New York because of a job. In my first three months in the city, I spent 26.9% of my waking life at work. Seems a little low for the very thing that paid my rent and brought me 3,000 miles from my hometown, right?

Some of the time not spent at my shared desk that faced a white wall was consumed by just getting to work, so maybe we should count that, too. I spent 10.4% of my days on the subway or on subway platforms, bringing the total “working boy” hours up to 37.3%, over a third of the time I was awake.

I know these scientifically exact numbers because for my first three months in the city I used an iPhone app called Reporter. Through the use of self-designed surveys distributed randomly throughout the day and announced via push notification, I collected my personal data.

Parts of the resulting collection of data don’t surprise me.

It’s not unpredictable that I spent most of my time alone, but otherwise were accompanied by either my creative partner at work or my roommate. A new city and new friends mean that I’m not surrounded by the crowd I’d built up during my four years at school.

The data also shows I rode the CE subways the most (since they dropped me off a block from work) but also frequently took the L and J lines (since I live in Brooklyn). This isn’t surprising.

What does intrigue me is when that information is combined with more personal, emotional data. I can tell you that I spent 28.6% of those three months feeling happy or content. I was only anxious or frustrated 6.2% of the time, and only felt supremely uncool once — or 0.2%. If someone asked me what I do with my time, off the top of my head I would say that I like drawing and reading and tweeting. But now I could tell them (thanks to data) that I definitely spend my time browsing the internet, waiting, writing, walking, reading, socializing, brainstorming, and making art . . . in that descending order of frequency.

You can program Reporter to ask you any question. From then on it will chart your responses in the graphical solution that makes the most sense for the data format. My questions (that I answered roughly 6-8 times per day) looked like this:

Some of these are defaults, ones that Reporter asks everyone. But some of them I added to personalize my surveys in an attempt to quantify specific areas of existence. I don’t just care who I’m with — I care about how they change my mood.

When I’m with best friends, am I actually always happy? If I’m feeling drunk, what kind of music am I most likely to be listening to? Does spending most of my day in front of a screen affect my mood?

Knowing these things is like discovering the recipe for a good day, and not just a general one-size-fits-all afternoon that recharges anyone’s batteries. These are key pieces that fit in my life, that massage the specific parts of my brain that I need relaxed.

Yes, when I was with my best friends, I was usually at least content, if not drunk, happy, or excited. If I was drunk, I was usually listening to hip-hop or EDM. (Thank you, Manhattan gay bars.) And weirdly, being in front of a screen didn’t affect my mood in any discernable way.

How often do you have to stop and assess your feelings so that you can distill them into one single adjective? The first few times you try, it’s surprisingly difficult.

How do you feel?

After performing this routine check-in over 450 times in those three months, I became a lot more aware of how I was feeling every day. I can still sense my emotions moving from one region to another with the same accuracy, but after those months of tracking, I’m a lot better at naming them and stopping myself when I find them wandering somewhere unpleasant. Go back up to those questions in my survey. Who else would ask you those specific and personal questions except those few best friends that really want to listen, to know your entire emotional makeup on that day? That’s the person that will stop you from spiraling into a sad self-pity pit or the one who will say something if they think you’re not giving a project your full brainpower. My phone became a kind of stand-in for those people in my life while I redeveloped those relationships.

Before moving to New York, I’d sometimes lie on my couch in Oregon and stare at the ceiling while my brain threw me down a worry-pit: Would I have fun? Would I make friends? Would I be filled with anxiety over the huge buildings, crowded subways, and rude pedestrians? I didn’t install this app because I thought it would be the technique to prevent these worries from overwhelming me. I was just curious about how I’d feel through the first few months in a new city.

But without my intent, Reporter became an essential check-in tool, a method of self-awareness, and a reminder to stay positive. If I was having a terrible day, I was aware of why and how long the black cloud had been hovering over my head.

Although I’m not sure who originally said “the only one responsible for your own happiness is you,” they were only half-right. I’m responsible for my own happiness, but during my first three months in this city my phone became a partner in ensuring I knew how to fill that responsibility.

I’m a writer, so I already chronicle a lot of what I’m up to through little first-person essays and scribbled thoughts scattered across blogs and social media. With other sites, I even track what books I read and what music I listen to. (Nine novels during these three months, and mostly Arcade Fire, Porter Robinson, Alvvays, and Jenny Lewis through my headphones.) I like collecting data about myself and my habits, if only as a way to let myself off the hook from daily journaling.

The danger with self-monitoring is, of course, that it becomes a kind of consuming navel-gaze activity, one that glorifies the self and the unimportant minutiae in that person’s life. Who else cares about this stuff? Why spend so much time tracking what trains you rode?

I won’t argue that the quantified self trend isn’t at least a little narcissistic. In the past few years, we’ve seen the rise of Fuel Points — a nonsense currency developed by Nike to sell more fitness accessories and earned through personal workout tracking — and you can even use data to find a boyfriend, a lá OkCupid’s match percentage. There’s even whole conventions surrounding personal data tracking, with speakers comparing their methods for data accumulation and visualization.

But if people who use these tools are able to understand themselves deeper through the data, maybe it isn’t all for nothing. And even larger than that, sometimes the data can tell larger stories that help others understand their lives without even tracking their own habits. After all, Christian Rudder, the OkCupid’s cofounder, has turned some of his data findings into the latest pseudo social science pop lit. And hopefully you’ve thought a little bit about your daily emotional patterns as you scanned through my self-designed survey.

After my first three months, I realized I had found friends who would ask me how I’m feeling and care about the answer. I didn’t need a tiny reporter in my pocket all day, because I’d assembled the right crew to do the same duty and had discovered a lot about who I’m going to be in this new city in the process. A new city is new until you’ve found those people, and now it’s just a city. The one I live in, one where I don’t need any more reports.