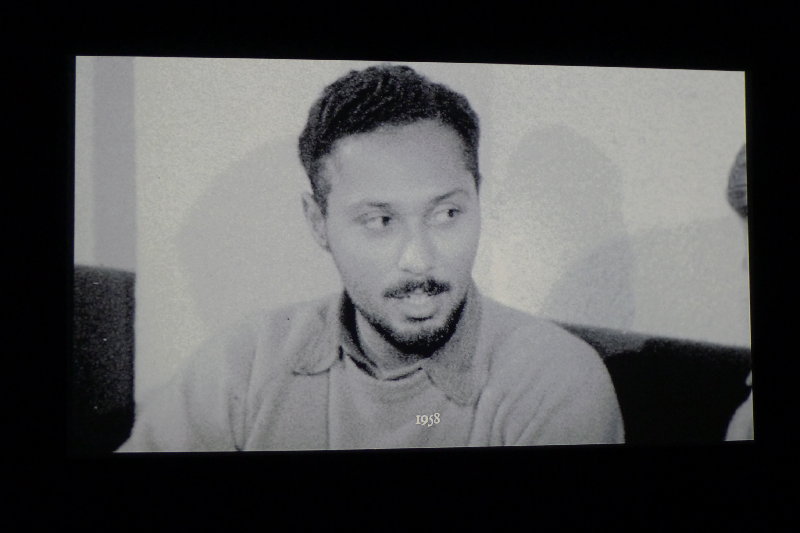 I recently got a Master’s degree in a thing called “cultural studies.” Most people don’t really know what cultural studies is, and that includes the people, like myself, who find themselves directly involved in this anti-disciplinary discipline. One time someone asked me to define cultural studies when I happened to be standing next to one of my former professors. “Matthew can answer that,” I said, pleased to be able to defer the explanation to an expert for once. But he didn’t have an easier time responding than I did, which seemed like it might be indicative of a problem.

Or maybe what makes cultural studies inarticulable is exactly what makes it important. It’s easy to imagine cultural studies as the final destination of the world’s liberal arts lost causes, those people with no more directed a desire than to get an advanced degree in thinking about things. But cultural studies makes more sense when considered in the context of the social sciences and humanities disciplines it incorporates and defies (English, Anthropology, Sociology, Philosophy, etc.). Cultural studies, whatever it may be, is necessary. It came along to fill a need — for more inclusive conversations, for modes of thought that allow for diverse experiences of identity, and to locate under-recognized relationships within nations and society. Cultural studies provides a position from which to think about how we think and consider the consequences of our thought. Sometimes, it turns out, you need to take a step out of discipline to see how discipline works. As the great anthropologist Marilyn Strathern put it, “It matters what ideas one uses to think other ideas with.” And sometimes figuring out exactly what ways it matters requires the kind of speculative, unstable position that is more possible to occupy in cultural studies than in more methodologically established fields.

Stuart Hall, who passed away this week at the age of 82, was responsible for opening up this nebulous academic space insistently defiant of any specifying nomenclature. His commitment to an empathic politics outside of ideological absolutes, to allowing room in academic thought for more different kinds of voices, affected the humanities and social sciences profoundly and for the better. Indeed, Full Stop and publications like it are in great debt to Stuart Hall; he played a pivotal role in building the discourses that currently allow us to spin cultural phenomena into broader understandings of social and political conditions. He emphasized the instability of knowledge in a way that made more room for agency in critical thought, rather than less.

Listening to Hall expound on the impossibility of objective truth, on how to grapple with a world in which all we have to hold onto is “the flux of experience,” is striking to me because he’s describing a way of thinking I’ve absorbed so completely it seems radical to try to imagine how that might not be the case. Hall was a leading figure in the New Left, a movement looking for a way out of post-war ideological gridlock and, as he put it, “an alternative, more humane, more just, more inclusive, more racially diverse, less patriarchal in its forms than either of the two Cold War alternatives.” He explained, “It means a politics which is much more self-reflexive, which is constantly inspecting the grounds of its own commitments, which can never hope to mobilize or inscribe support in an automatic way.”

Fifty years later, self-reflexive politics “constantly inspecting the grounds of its own commitments” may have gone too far. I left my liberal arts college education thoroughly exhausted by conversations about conversations about identity, looking for a way to think about the world outside of myself, but feeling locked in my own subjectivity. This, however, is the opposite of what Hall’s thinking was meant to foster. His understanding of identity emphasized our interlinkage with each other: “I don’t think that identity is a kind of essence that exists inside all the other things. I think identity is always contracted in a conversation between who we are and all the political ideologies out there.” In other words, identity is something mixed and shared and dispersed amongst particulars and universals. It is something that we can make decisions about ourselves, and it is something that can change.

Many others since Hall, perhaps most recognizably Judith Butler, have taken this way of thinking in truly paradigm-shifting directions. But Hall was notable not just for his ideas, but for the way he directed his energies as an academic. He was a true public intellectual, in the sense that his intellectual commitment was always to the public. For Hall this wasn’t about defying some vague notion of academic elitism or embracing shallow populism. It was no kind of self-aggrandizing rhetorical performance, but rather came out of a position of intellectual generosity and a commitment to rigorous, productive discourse on a mass scale. As The Guardian points out in one of its several pieces marking his death, “While there are no single-authored, scholarly monographs to his name, Hall produced an astonishing array of collectively written and edited volumes, essays and journalism — translated into many languages — as well as countless political speeches, and radio and television talks.” Hall’s community-minded stance within the academy remains uncommon, and worth emulation.

I don’t have any particular authority to be one of the people memorializing Stuart Hall. Much of what I know about him has come not from my education in cultural studies — which, ever indefinable, has largely departed from his legacy in recent years — but from the beautiful and complex works of John Akomfrah: his documentary The Stuart Hall Project (from which the quotes in this piece are drawn) and his three channel video installation The Unfinished Conversation, as well as his conversation at this past fall’s Frieze Fair with Mark Fisher and Kodwo Eshun.

I watched those films and saw a person who lived his life and thought his thoughts in a way that always accounted for his own enmeshment in the textured machinery of collective experience. But rather than being quieted by that awareness, he was energized by it, and able to find ways to shift the operation of the machinery. I watched those films and felt like I hadn’t spent nearly enough time thinking and talking about Stuart Hall. I’ve learned much more from him than I realized, and not yet as much as I could.