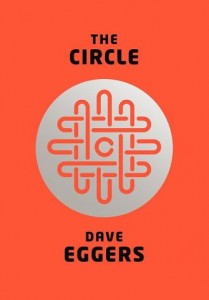 Dave Eggers belongs to the first generation of authors who cut their teeth in writing as contributors to web publications. After college Eggers worked as a literary editor at Salon, where hypertext markup language, FTP servers, IP numbers, file extensions — things that would mean nothing to authors from the previous generation — must have changed his life. Salon lists “Father and Child Communion,” a piece about single fathers, as Eggers’s first contribution to the website. The essay is dated August 26, 1996 and there is pleasure in imagining Eggers writing for a web publication almost two decades ago: he is one of us.

Founded by David Talbot in 1995, Salon was one of the early success stories in the nascent field of web publishing. Its difference from traditional magazines was the extent of participation it allowed its readers. To this day user comments continue to be one of the strong points of Salon. In 1999 the company bought the WELL.  According to Wired magazine, the WELL was “the world’s most influential online community” — a society of the internet’s early period whose members were willing to share their ideas and comment on topics ranging from nuclear disarmament to the latest Nobel laureate. It was the place where the term “virtual community” was coined. With the power of the virtual community behind it Salon strengthened its position as an influential website, setting some of the rules of web publishing in mid-1990s.

It would be wrong to think of Eggers’s alluring new novel, The Circle, without keeping this history in mind. That would be like reading Flaubert’s Sentimental Education without considering the Revolution of 1848. Both books chronicle times of profound societal change that greatly altered people’s ideas about their subjectivities. Flaubert’s generation of revolutionaries saw themselves as the romantic saviors of a troubled world; for Eggers’s generation of virtual networkers, saving the world was possible by means of sharing knowledge rather than fighting in the barricades. In The Circle, Eggers describes the ethos of a California-based fictional web company, which takes Salon’s experiments in user participation to the next level, with apparent fascination, curiosity, and fear. On the face of it, The Circle’s tone is cold and geeky, showing how well-versed Eggers is in the discourse of technology magazines like PC World, BYTE or Wired. But behind the façade of tech-talk that is meant to alienate and increasingly horrify us, one can sense Eggers’s sympathy towards the technology-obsessed world his stale language describes.

The Circle opens in the eponymous company’s campus, a 400-acre space housing thousands of employees, where the protagonist Mae Holland is getting ready to experience her first day. The Circle is a Google-ish, Facebook-ish web company and Mae is thrilled to work for it. We watch her as she locates her workstation and colleagues before meeting Anne, a university friend who has helped her get the job. Anne is one of the leading figures in The Circle (a member of the so-called “Gang of 40”) but is mostly an absence in the course of the book. She communicates with her newbie friend Mae mostly through digital means. This reduces her, more or less, to the instant messages she sends to Mae. Indeed, like other characters in the book, Anne is not merely a flat (as opposed to round) character but a paper- (or tablet-) thin figure. It is difficult to see her beyond her work experience and the digital footprint she leaves behind.

In the first part of the book Eggers gives us a sort of company profile of The Circle. We learn that the company is more Google than Salon. Instead of producing content, it helps in its dissemination. The founders of The Circle are wounded souls who have had difficult childhoods. They intend to clean all types of criminal behavior off the face of the earth and believe that the social media’s integration with new surveillance techniques is the best way to achieve a perfect society. The Circle had made its fortune by devising a system named TruYou that converges all the virtual identities of users into a single, universal one. It simplifies the complicated task of remembering different passwords for different logins, reducing the number of passwords you need to remember to one. (“One button for the rest of your life online,” is the company slogan.) It effectively destroys all chances of anonymity on the web. For advertisers on the lookout for specialized customer information TruYou is a gift from heaven since the converged identity allows them to have precise, detailed information about prospective customers whose every action is searchable on The Circle.

Mae’s previous work experience, as it is described to us, had been so dull that one can understand why she is so thrilled at the opportunity of working at The Circle. There she gains access to the most-cutting edge technology available. Simply because she is employed by the company, Mae gets to use the newest tablet model (it weighs less than a plastic plate and upon receiving it Mae recycles her laptop which now seems like an ancient device). It is difficult to contest the company’s hipness and newness.

But in order to continue being a part of the Circle, one needs to participate in its activities every single minute. The level of participation required from her is absurdly high, and yet

Mae shows little resistance to the demands of integrating her life to the company’s digital lifestyle in the campus. The initial reason behind her complicity is simple. Mae’s father is an MS patient and since his medical costs are covered by the company she feels as if she has little choice but to be silent when superiors ask her to share every single aspect of her private life through the Circle. Here Eggers’s critique of the US health system is turned into a clever plot device. That a twenty-four year woman can willingly sacrifice her life and privacy in order to save the health of a loved one who lacks proper health coverage seems tragically convincing.

Mae’s struggle against fully engaging with the digital world makes the first book of The Circle an enjoyable and intense read. She changes from an individual still in command of human qualities like memory and ethical judgment to a person living only in the present time. In the first book we witness scenes from Mae’s younger years because she remembers them; and we witness her confusions about her actions because she subjects them to ethical judgment.

This state of affairs changes in the second book, when Mae goes ‘transparent’ and shares her vision with millions of followers through a device that resembles Google Glass. When the change takes place we are reduced to the role of one of Mae’s followers. Now her every action gives rise to instant comments from fellow Circlers through a Twitter-like technology called zing. When Mae recommends a product people buy it and when she asks her followers to complete a particular task the wish comes true in seconds. The participatory spirit of social media is thus turned into a means of selling products and imposing particular types of behavior on society. Eggers does a great job at describing Mae’s every digital move in meticulous detail: she lives in a constant present time, which is scary, and the experience of following her every footprint resembles that of looking at someone’s Facebook timeline or Twitter feed.

Finishing the book, I felt compelled to draw a parallel between Mae and Winston Smith, the protagonist of George Orwell’s 1984. Smith works as a clerk in the Ministry of Truth where he is engaged with the endless task of rewriting history so as to make it compatible with the totalitarian party’s ideological line. Mae’s ‘transparency’ serves a similar purpose. It is through her agency that a complete acceptance of The Circle’s ideological-technological existence in life becomes a palatable option. Web 2.0 companies’ spirit of entrepreneurship thus replace the totalitarian methods of governments — citizens can perform the duty of monitoring each other’s private lives much more efficiently. Eggers shows how users of social media are the new Big Brothers: in our fascination with sharing every detail of our lives we serve the system willingly, like 1984’s Smith. The slogans used in The Circle campus also reflect the underlying Orwellian theme of the book: “Secrets are lies. Sharing is caring. Privacy is theft.” As a writer who grew up in the age of the web, Eggers today seems more scared than fascinated by the digital ethos of social media whose birth pangs he witnessed two decades ago, when he was a sort of Mae Holland figure himself.