The Art of the Troll 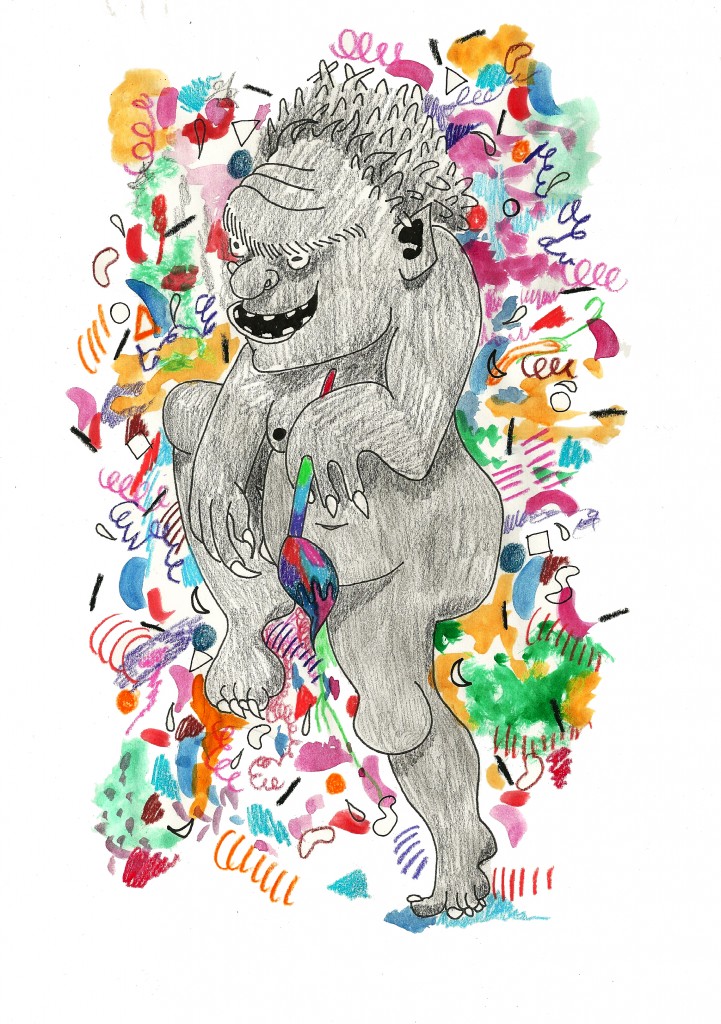 They crouch in pixelated catacombs, slimily glabrous, leering behind glasses, their hunched vertebrae give them the look of something primeval and saurian; or else they’re brutish blobs of undifferentiated flesh, six pints down and ready to kick someone’s head in. Either way, they’re creatures of pure hatred and we need to destroy them. It’s a matter of national importance.

Here in the UK, Twitter trolls have been in the news rather a lot. Feminist campaigner Caroline Criado-Perez received rape threats online after a successful campaign to get Jane Austen on the new £10 note, and has since given up on the medium altogether. Meanwhile, the Cambridge classicist Mary Beard has been subjected to a barrage of abuse, including bomb threats, for the crime of trying to promote the study of ancient history while being female. In response, Twitter executives are to be brought before a Parliamentary committee to face allegations that they’re not doing enough to combat misogyny and abuse in their digital spheres. Newspapers including the Guardian are throwing their weight behind the anti-troll campaign. It’s taking on all the dimensions of a moral panic.

The thoughtless viciousness and sexism on display is, of course, entirely repulsive. At the same time, the unanimity of the op-ed columnists in their crusade to restore decency to the internet is a little unsettling. It feels a little like the revulsion of the aristocracy for the unwashed mob, a crackdown on the unseemly tide of digital sans-culottes massing at the walls of print journalism’s Bastille. These are the commentariat, after all: many in the British press are happy to put forward sane and reasonable justifications for imperial wars and the demonisation of immigrants and sexual minorities. On an unregulated internet, they complain, they have to deal with the angry criticism they deserve. A troll-free utopia is one in which you can be as reprehensible as you like, as long as you conform to the measured, ‘objective’ tone of the opinion pages. The introduction of a single ‘report abuse’ button on Twitter could be the foundation of a new White Terror for the digital age, in which celebrity commentators can marshal their thousands of followers to shut down anyone who objects to their pronouncements in less than genteel tones. It all sounds a little like what’s been called ‘cupcake fascism’: the stifling tyranny of the nice.

Apart from all this, one major complaint (as powerfully put forwards in this piece) concerns the semantic shift in the word ‘troll’: a word that used to signify a dextrous and entertaining form of online (mis)communication is now being used to talk about careless and barely directed abuse. ‘Real’ trolling, or concern trolling, is very different: the point is to adopt a persona or to present a point of view that is not your own and use it to create various forms of enjoyable instability; the game is to create frustration and displeasure with as much subtlety and as little effort as possible. The overflowing viciousness of the anonymous abusers underlines this difference: they’re not trolls, they’re deserving victims.

@virgiltexas which god is real Virg? I hope to fuck its Thor @nakedlaughing

Defenses of trolling such as the article linked above point out that it can be used to disturb the entrenched hegemonic mindsets of various internet communities, that it’s a survivor of the anarchic early days of the internet that resists the capitalist homogenisation of Facebook and Google: the visceral joy of pissing people off online has important radical potential.

This is all true to an extent, but there’s more to say. It’s arguable that the really notable thing about trolling isn’t its ability to annoy the gullible but the superposition of image and reality it creates. When an ordered society depends on maintaining a hierarchy of images, the ability to wield this kind of ironic superposition has a concrete political power. The concern troll is old, its roots go back for thousands of years before the bucolic infancy of the internet.

There’s a famous story in Pliny the Elder’s Natural History. Some time in the fifth century BCE, a contest was organised between the Greek painters Zeuxis and Parrhasius. Zeuxis created an image of alluringly arranged grapes so convincing that a flock of birds tried to eat from it. Parrhasius then invited Zeuxis to his own studio, and invited his rival to view his own effort. Trying to draw aside the curtain concealing it, Zeuxis found that there was no curtain, that it had been painted. He conceded defeat.

The difference between the two is that while Zeuxis operated on the level of representation, Parrhasius operated on that of dissimulation. His painting pretended not to be a painting, erasing the boundary between image and reality some twenty-five centuries before upstart poststructuralists like Baudrillard started to proclaim their undifferentiation. Parrhasius was a troll. It’s notable that while Zeuxis painted an idealised image, something with the kind of natural Aristotelian beauty and unity that Greek society upheld as its model, Parrhasius appears as a proto-Modernist, painting the mundane and the incomplete (or, as Samuel Beckett observed of Tal Coat’s work, a ‘total object, complete with missing parts’). Later histories tell us that Parrhasius enjoyed creating erotic and obscene art; it’s not hard to see him today, tweeting an eternally unfinished list of inanimate objects he wants to fuck.

This kind of ironic pretense works well on the internet because on the internet reality has no ontological priority over representation. Rather than blending everything into the mush of simulacra, this allows the victim, operating under an illusory principle of reality, to unwittingly reveal something actually true about themselves. This aspect of aletheia is at the heart of any good troll. It’s easy to imagine Zeuxis, the great Establishment artist, mocking his young challenger: are you so ashamed of your painting that you have to hide it behind this tatty curtain?

The common Twitter game of trolling internet atheists does much the same thing. You can try it yourself; all you have to do is tweet something along the lines of “hey #atheist, if evolution is true how come rock’s dont turn into boulder’s” or “if athiest’s are so logical why do they worship the false lion-headed god athie,” and wait for the tidal wave of indignant responses. Chances are that most of them will contain references to imaginary friends or some kind of prissy linguistic prescriptivism: the fun of doing this isn’t so much in making internet atheists angry as it is in revealing them for what they so often are: judgemental, self-satisfied, less interested in spreading rationality than in pouring scorn (tinged with class chauvinism) on the ‘uneducated’ believers.

Or take a more personal example: earlier this year I gained brief notoriety when I set up a fake female profile on a dating website that only responded to suitors with quotes from the Twitter account Horse_ebooks, and posted the results on Tumblr. The results were pretty funny, but they also showed something quite depressing: that a lot of men are so unconcerned by what women think that they’ll take a sample of randomly generated text as sexual consent. In an age when most visual art stubbornly refuses to say much of anything at all, trolling isn’t an art form: it’s something higher than that.

The Ur-ironist Parrhasius was lauded and respected in his day, while everyone knows what happened to that earnest old stickler Socrates. The Athenians were a society of strong inviolable principles, but it seems they respected a good troll. Today the situation is entirely reversed. Consumer society operates precisely on the principle of the erasure of any difference between image and reality. When we’re sold lifestyles and aspirations and love and dreams in the form of physical or cultural commodities, we’re being made the subject of an enormous troll on the part of late capitalism. It would be possible to view the concern troll as being just a microcosmic manifestation of this general tendency; a smaller, more personal reiteration of the grand universal troll of everyday life — a trauma victim’s compulsion to repeat, Freud’s fort-da game played out with bits and bytes. I’m not sure I agree.

The men who attack journalists and campaigners do have something of the trauma victim about them. They’ve been trolled, the truth of their world has been opened up. The Twitter misogynist’s anger is an expression of the repressed content of everyday life: a surge of utterly inexplicable violence. They’ve been cheated out of something, but they’re not entirely sure what. Their screams don’t achieve anything; when they attack they do so in the same direction as generalised societal misogyny. Concern trolls are different. Walter Benjamin describes Klee’s Angelus Novus as an Angel of History, its face turned to the past, seeing not a chain of events but one immense unfolding catastrophe, piling rubble in front of his feet. In Violence, Žižek conceives that the angel might occasionally ‘strike back,’ restoring the balance in the form of divine violence. The internet troll does the same thing, striking back in kind against the pummelling tide of postmodern dissimulation, and sometimes revealing something true in the process. No wonder the saintly and the serious want to wipe them out.