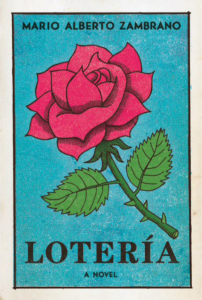 In the opening pages of The Tin Drum — Günter Grass’s post-World War II novel of a magical, forgotten Poland — our narrator, Oskar Matzerath, begs for understanding: “Granted: I am an inmate of a mental hospital; my keeper is watching me, he never lets me out of his sight.” Of course we don’t know why he’s in the hospital, nor how his story has come to us, but we do know that he intends to write his way out. “[My keeper] has bought me five hundred sheets of writing paper” — the unlined space he needs, he says, “for the recording of my memories.” Beckett’s eponymous Molloy, too, is not only confined to a room and condemned to write, his situation unknown to us, but is just as disoriented as the reader: “I am in my mother’s room. It’s I who live there now. I don’t know how I got there . . . There’s this man who comes every week. Perhaps I got here thanks to him. He says not. He gives me money and takes away the pages. So many pages, so much money.”

Literature loves these narrators — prisoners whose only task is to tell their stories, usually “before it’s too late.” Their cell can be anything: a locked room, a loveless marriage, even the world itself. David Markson’s erudite and benumbed Kate, for example, either is or believes herself to be the last woman on earth. Her only way to cope is to sit at a typewriter in a derelict Long Island beach house and empty a lifetime of baggage — both her own and that of her civilization, for which she feels solely responsible. This baggage makes up the text of Wittgenstein’s Mistress. Everything she remembers feels to her significant — “The dog which would not stay off Emily Brontë’s bed was named Keeper, incidentally” — a thing too precious to relinquish. Words are all she has left.

Exile is to writing as written language is to humankind: not necessary, but it sure helps. In his essay on the subject, William H. Gass points out the word’s inflexibility: “To be exiled is to be flung not out of any door but out of your own door; it is to lose your home where home suggests close emotional belonging and the gnarled roots of one’s identity.” Who, though, is exiled? For what crimes is exile the punishment? “Novelists and poets,” says Gass. “Journalists and playwrights, or any others, whatever their occupation, who speak out or up. Put generally, though I think centrally, what is exiled is nearly always someone’s word.” What is the exile’s unique fate? “His countryside is altered utterly, snow begins to fall in a world which had heretofore worn a Hawaiian shirt, the birds no longer sing the right songs, the flowers sport the wrong colors . . . and the words which once came to your tongue like your own soul freely, unashamed, naked to a wife or husband, now have to hide in your head.” To lose language is to be “no longer you,” Gass says. How, at the very least, can you cope? Even when cut off, alone, disembodied, immobile, unnamable, and silenced, Beckett insists that “you must say words, as long as there are any.” What you’ve brought with you is the world you left as it was on the day you departed. Its only way of turning like it once turned is to answer to memory.

“This room has spiders,” writes Luz, the eleven-year-old narrator of Mario Alberto Zambrano’s quiet, poignant, sincere, and ultimately failed debut novel, Lotería. Right away, it’s clear something has happened: nothing is as it was before; she knows something that’s hidden from us. Her punishment for reaching this point is to tell her story: “I’m at my desk doing what [my aunt Tencha] told me to do, because she said I should write as much as I can, even if it’s one word, one sentence. Let the cards help you… Échale ganas.” The cards are from a deck of Lotería, a game similar to bingo but based on images and riddles instead of numbers. It’s from these cards — a mermaid, a rooster, a flowerpot, and so on, displayed beautifully at the start of each chapter — that Luz untangles her story, etching out one memory at a time via mundane reminders and associations until the reader can see all that she’s seen and feel all she’s felt. This is how Zambrano gets away with a novel whose plot hinges solely on suspense, on keeping the reader in the frustrating, if not artificial, dark.

Luz’s parents are alcoholics who can’t take care of themselves, much less each other or Luz and her older sister, Estrella. When she begins to write, it’s clear that her father has committed, or has at least been accused of committing, a crime no one is (conveniently) willing to speak about. “Tencha says I should tell Julia whatever she wants to know,” she writes of the social worker assigned to her case. “If I don’t want to talk then I should write it down because we have to get Papi out of jail.” Her mother, it’s also clear, is no longer part of the family. Much later — after Luz recalls several episodes of screaming matches, hair pulling, glass breaking, and violent make-up sex in rooms too easily discovered by their children — we learned that her mother disappeared early one morning, no coffee in the pot and the previous night’s dishes strewn all over the counter. She’s gone to live with her employer, we understand — a young doctor who, when they arrive at his office to mend Luz’s broken wrist, hires her on the spot to clean his house. Estrella, we also learn, is in the ICU, unable to speak or even receive visitors. As Luz takes us through the Lotería deck, card by card, she pieces together the precious world whose violent end left her unwilling even to speak. In doing so, she brushes away, little by little, the dust obscuring the story itself. This is a novelistic trope any reader will recognize, and that it’s recognized so easily invites immediate resistance. The withheld information is obvious, like a bad disguise we’re meant to fall for. It feels like a lacuna Zambrano himself has placed there, not Luz. The caveat is that Zambrano has managed to write a novel that still manages to surprise and shock. It’s by his talent that Lotería actually can break one’s heart. Though contrived in its construction, it’s a hard story to doubt, told in the words of a girl who demands nothing less than love.

Is that enough? Yes and never. Beckett and Grass, Nabokov and Markson — their narrators withhold, yes, and they invite mistrust, but it’s their narrators who do this. The holes in their stories feel natural, and to imagine these holes filled, these loose ends tied, feels false or out of character. It’s unnatural to imagine it. However, an anecdote: whenever I’m tricked into watching another Spielberg film, I swear to myself, at the opening credits, that this is the film I won’t fall for, that I’ve had enough of Spielberg’s manipulative sentiment. By the end I’m in tears. Yet am I really to believe that sinuous robots extant 4,000 years in the post-human future would give a rat’s ass about a woman some robotic boy believed was his mother? That Elliot and E.T. wouldn’t die after exposing each other to alien viruses against which neither would have an appropriate immune defense? Of course fiction is never real, but good fiction is always true. Spielberg’s films aren’t true.

Zambrano — being a writer himself — can’t resist threading into Luz’s narrative a love of story itself, of words. “Quiero can mean either want or love,” she writes, in awe of the ambiguity of language. She pictures her mother saying it to her father, “all smooth and sexy like Sara Montiel,” and she wonders: “Come here, because I love you, or, come here, because I want you?” Like all writers, Luz learns that words have power. The lesson, again, comes from her mother, who slaps her when tries out the word cunt. “I couldn’t understand what her problem was,” she remembers. “People said it at school. I was a cunt. She was a cunt. My teacher at school was a cunt . . . There was no reason to slap me just because of a word.” It’s her words, however, as Tencha says, that can clear her father of his charges — if they deserve to be cleared at all. This construction in and of itself, though artificial as iambic courtship, is something to admire, à la How did I fall for this? It’s via this linguistic uncertainty that Luz learns writing’s second, and most important, lesson: to distrust her own memory. What was golden, she has to ask herself, and what was not? What was real and what was only love? What was her father and what was a bottle of tequila? What was her mother and what was a scared, lonely woman? Her story has its holes — scars left here and there from the slip of the author’s hand — but even if Luz told us nothing of her tragedy she would demand an audience. She’d get you to cry. Lotería is the written evidence of Luz’s transformation — the chisel-marks left on the walls in the cell from which we are to believe she bloodily escaped. Why not see them? Why not wonder? Where there’s love there’s life, and Zambrano’s novel is bright with both.