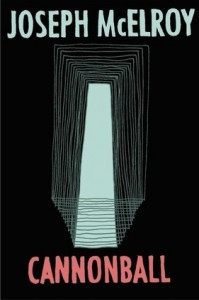 Joseph McElroy has not really been very well served by many of his admirers, at least if the best service a critic can perform for a writer is to accurately describe the writer’s work for readers preparing to read it. If not all academic critics have explicitly identified McElroy’s fiction as “postmodern,” he has often enough been grouped with writers such as Pynchon, DeLillo, and Gaddis as authors of long, “difficult” books that defy conventional expectations of character and plot and that frequently incorporate abstruse scientific or philosophical ideas and discourses. While most readers would certainly ultimately agree that neither McElroy’s narratives nor his prose are conventionally structured, finally McElroy’s departures — to the extent they are departures — from what might be considered stylistic and storytelling norms could not properly be called postmodern.

In this way Joseph McElroy is much closer to being a belated modernist than a postmodernist. His purpose is not to undermine established narrative strategies or question realism as an ultimate goal, but to use a now established strategy to simulate greater “depth” in his realism. Unfortunately, if McElroy is in any way “experimental” in his use of psychological realism, it is only in testing the extent to which it can in its most uncompromising application sustain such prodigious meganovels as Hind’s Kidnap (1969), Lookout Cartridge (1974), and the especially gargantuan Women and Men (1987). Ultimately those readers willing to takes on these daunting books have to make that determination for themselves, but it seems likely to me that many readers have been defeated by them, even more so than by other notoriously “difficult” books by Gaddis or William Gass. My own experience reading McElroy’s fiction persuades me that such a response arises not from a rejection of complexity but from the uncertain reward the reader receives in attempting to find coherence in the narrative. What the conscientious reader discovers is that both the narrative fluidity and the verbal density characteristic of these novels are really just highly elaborated versions of the basic conventions of psychological realism, making them not examples of aesthetic complexity but of established literary strategies made to seem complex. McElroy’s fiction is not so much difficult to understand as it is simply laborious to read.

McElroy’s latest novel (and, as with William Gass’s most recent novel, one wonders whether it might be the aging writer’s last), Cannonball, unfortunately manifests this quality all too thoroughly. What at first portends to be a complicated if somewhat strange story emphasizing seemingly chance encounters and set in a slightly skewed version of contemporary America and, secondarily, Iraq, where the novel’s protagonist, Zach, is a soldier, turns out to be merely peculiar, the initial strangeness of plot and situation never becoming thematically or aesthetically resonant because finally their treatment is just uninteresting. The story twines back and forth between Zach at home, both before and after enlisting, and in Iraq, where the focus is mostly on his involvement with the “Scroll,” a purported newly discovered Gospel in which Jesus extols the virtues of free enterprise and of striving for worldly success. The transitions in time and place are rendered freely and often abruptly, to a degree blurring both geographical and chronological boundaries.

This sort of shifting of narrative continuity is by now not itself an especially radical move, and readers already venturesome enough to be reading Joseph McElroy, with his reputation as a writer who challenges conventions, quite likely make every effort to assimilate the shifts in time and place that constitute the main formal principle of Cannonball. Ultimately the story of Zach’s life as a high school diver and his friendship with Umo, who subsequently makes an appearance in Iraq while Zach is serving there and dies under ambiguous circumstances (an explosion, probably at hands of insurgents), his experiences as a soldier, and his experiences following the incident that kills Umo (and that Zach himself barely survives) can indeed be pieced together, but finally not much seems to be gained by doing so: the story never coalesces into an aesthetic whole that transcends the peculiarities and seemingly random conjunctions of its various episodes, and, more importantly, nothing is accomplished by the rupturing of narrative that could not have equally been achieved by telling the story straightforwardly. The “difficulty” of the novel’s formal structure is not conceptual but lies simply in the challenge it poses to the reader’s patience. This, of course, cannot be what McElroy intended, but the mere fragmentation of chronology is not itself either so bold a departure from convention or sufficiently dynamic in its execution to rescue it from the weary reader’s conclusion that reading it has become more an obligation than a satisfying experience.

The story itself, with its depiction of an America asserting its will both through war abroad and propaganda at home, might at best be called a satire (without much humor) of America in the process of hollowing itself out, deliberately becoming the worst caricature of its self-proclaimed “destiny” as a nation. Ultimately, the story in all of its fluidity is unified by the motif of the Scroll, the supposed existence and effects of which are the main source of interest if we take the novel’s purpose to be primarily satirical. Clearly enough it is a hoax, but its essential message that “competition” is blessed by God after all, that Jesus implicitly approved of American-style capitalism, apparently overwhelms all credulity. The cautionary warning implicit in the novel’s depiction of the corrupting effects of the real “American religion” — capitalism — is certainly salient enough as a commentary on current American culture, but as insight into the contradictions between America’s religiosity and its unabashed materialism, it is hardly original; certainly whatever modest reward comes to the reader who finds the insight accurate does not sufficiently justify the circuitous and frequently enervating way by which the novel proffers it.

The most pervasive obstacle to reading Cannonball with either pleasure or instruction is its language, again not because it is “difficult” per se (although certainly McElroy’s sentences can be lengthy and meandering) but because of the kind of prose style required to carry out McElroy’s rigorous commitment to portraying psychological process over unmediated reality. Early in the novel, Zach is watching Umo perform the “cannonball” dive from which the novel’s title is derived:

What could have prepared you, though, for the jump which was first that high, prancing approach hop onto the almost end of the board to depress its laminated wood-and-fiberglass core so deep — don’t I myself know — it might have thrown Umo out into the street had he not landed straight up and let the board lift him — like a tool you should let do its work, as my father, a somewhat unfinished carpenter and craftsperson, in the garage would sometimes say of plane or hoe or knife or tinkering with his stopwatches that would one day time Umo — upward stretched leaping like a crane to the wind rising at first eternally only at the top to become a thing compressed like a spring but turned into like a rock in space or something inevitable: and this was the cannonball later discussed, as we like to say, the mother and brother of all cannonballs to target a pool in our city: that where he hit you’d have said the water parted six feet down and within four of the turquoise-tiled bottom, indicating in the flushed pit of its absence with strange exactness the concave point of the drain that marked the graded low point of the deep end.

Even though Zach is the first-person narrator of his own experiences, in this passage both his perception of the event at the time and his later endeavor to re-create it supersede any attempt to record the event directly. If the account provided us does not strictly speaking employ the free indirect method (which represents a kind of merger between the 3rd and 1st-person perspective), it proceeds very much like free indirect narration in the way it emphasizes the digressive and fragmentary qualities of a perceiving consciousness, as well as memory in its sudden intrusions and embellishments.

McElroy’s fiction, including Cannonball, illustrates to particularly debilitating effect how easily the unrelenting pursuit of psychological realism of the purely discursive sort can become a self-defeating strategy. Voice and style are sacrificed to the demands of a psychological verisimilitude that over the course of novels with otherwise very little formal or verbal variety or alternative sources of interest, drains them of vitality, forces us to slow march our way through thickets of prose sounding the psychological states of characters who don’t possess much intrinsic interest. In Cannonball this problem is compounded by the way the novel’s structure mirrors the narrator’s scattered processing of his experiences, with the consequence that this novel repels the good faith of even the most forgiving readers. A difficult novel should be difficult because it prompts us to reexamine our facile assumptions, not because it’s boring.