Divination Tech in The Twenty-First Century 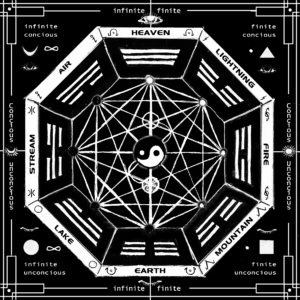 Attempting to describe Matias Viegener’s 2500 Random Things About Me Too is a confounding thing.  The book shifts ceaselessly under my minds eye, but even as it reveals new aspects of itself at a disarming rate, it always remains somehow entirely amenable to approach.

The cover and print work is quiet but once examined (as when read), reveals itself to be very strange and highly coded indeed.  It’s brown like a gif on a geocities website and there is a flat, (post)internet-ish quality to the design, but the key that opens it up conceptually is the shape.  The pages are long and narrow like folded maps or notepads for shopping lists or the butchered paperbacks in a pub I used to go to that were sliced in half vertically so that every wall could be lined with ‘real’ bookshelves without taking up too much space. The width-wise truncation makes it seem stunted somehow—a novelty—but what it’s really supposed to be like, I guess, is a Facebook column.

2500 Random Things About Me Too is based on a Facebook meme, a “note” that’s been circulating since at least 2009 (when I shared it myself and since then forgot about it).  You write twenty-five random facts about yourself and then post them, tagging in those friends who you would like to see do the same.  Leading up to the book’s publication in 2012, the writer and artist Matias Viegener did this 100 times.

Writing longhand, at least initially, I thought I might unpick the internet-becomes-thing-ness of this book backwards: start in the physical and follow a thread from beginning to end, trace my own route through it.  There was a time I could do that with any set of ideas, like walking a tightrope, but it seems that the web is true to its name, made of stickier stuff. I think in web-shapes now: a-linearly.  I need the back and forth and cut and paste of a word-processor.  Older and perhaps, for this reason, less web-formed of thought than I, Viegener’s conceit here is so elegant. He takes the language structures and conceptual algorithms of meme and interface and uses them as the basis for a procedural artwork.  He refigures Facebook tech into book tech and through the resulting chimera simultaneously generates an intimate memoir and what could almost be a twenty-first century Book of Changes.  Every so often he directly addresses the temptation to pull away from randomness, overwhelming urges to direct the text. At other times he seems elated by the freedom the limitations of the experiment afford. Narrative and pattern crystallise around the supports provided. The ‘Me Too” of the title seems to acknowledge the role that synchronicity plays in the work. As with the I Ching, that ancient reference point for book as divination tech, I feel like I could consult this collection of accumulated everyday-ness and find a way through into anything.

Convention dictates I should be quoting Viegener here, but to lift any one individual entry as illustrative seems to deprive the potential reader forever of a moment of exquisite surprise. Every fragment retains some of the intimate suspense lent from disclosure between friends. On first reading, it is the randomness the reader experiences, a tumble and flow of brilliant disorder and then gradually a coalescence into coherence, a tangled thread untangling into a skein.  Beginning to write about it, approaching it a second time, it’s different—I open the book where I’ve turned down corners of pages.  It’s not that I look back and find the thread’s tangled again, it’s that the thread is gone and the view is now of constellations or galaxies, bright points of meaning that I can enter and be surrounded by. I write out in my notebook the entries that (I think) I chose to turn down corners for. I can’t remember exactly which ones they were and now, at second reading, every single one seems charged up bright with intensity.  Each fragment opens up associations across my own interior landscape and back to its page-mates in all directions.  Déjà vu. Things happen to Viegener as he writes. This is after all a record in time, chronological despite its fidelity to the spirit of randomness, peppered with the noise of haphazardly triggered memories.

The pages I turned down present a record, perhaps, of the points in the text at which I experienced synchronicity—a random thing about me too.  Not having underlined specific entries, to go back to them is to wonder, to consult the oracle again. I think I did that deliberately, underlining one in particular seemed not to work at the time. In lieu of quotations, here are twenty-five coincidences: