A Fisher King in the White House 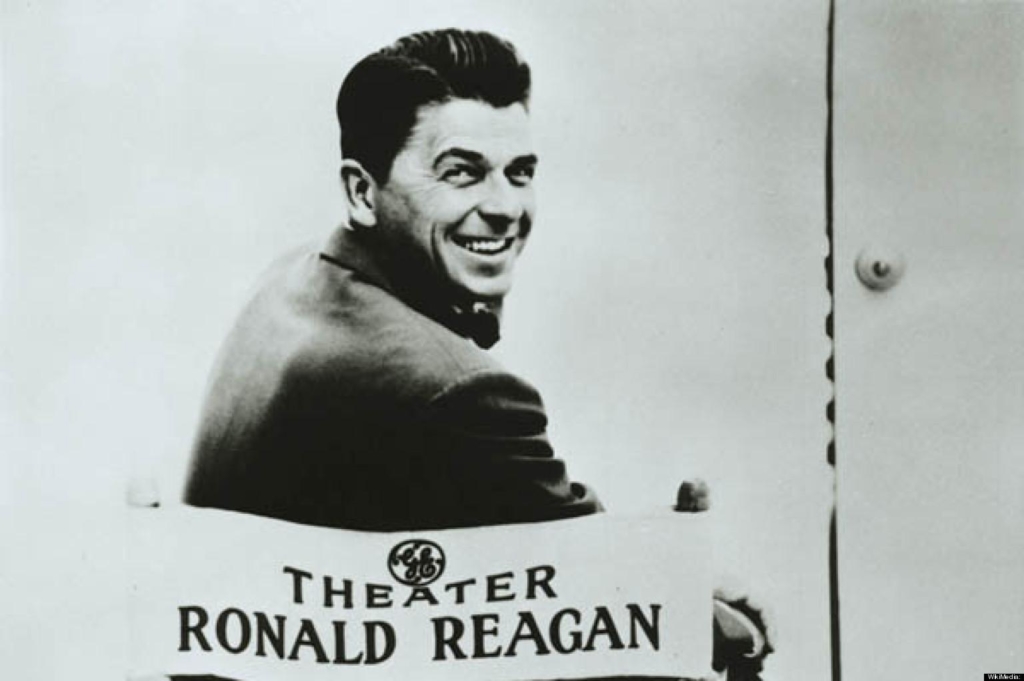 Joan Didion’s After Henry, published in 1992, is an overlooked collection. Its obscurity is a shame, if only because its first essay, “In the Realm of the Fisher King,” is so pleasurably perceptive. The essay, an abridged version of which first appeared in 1989 in the New York Review of Books under the title “Life at Court,” gives the Reagan administration the full treatment. More than twenty years hence, the piece remains a trenchant account of the political-economic shift to dedicated neoliberalism in the halls of government. Didion drives home just how complete and intentional that transformation was, and how Reagan’s peculiar combination of disengagement and charm formed the conditions for the flourishing of a new American economic doctrine.

Didion’s characterizations of Ronald and Nancy Reagan’s preoccupations and bewilderments are as wry and acerbic as we’ve come to expect. There was the First Lady, who by Didion’s account had the misfortune of being both a committed socialite and terribly socially awkward. She was, in Didion’s vision, an anxious, self-doubting, high-strung, prudish and fragile woman. The behavior of others was frequently “inappropriate” and “uncalled for,” and she was plagued by a “little girl’s fear of being left out, of not having the best friends and not going to the parties in the biggest houses.” She was fancy without being elegant, the latter demanding a sort of intuition that she apparently lacked.

Didion’s opinion of the President himself is best exemplified in an anecdote she recounts in which the Reagans, while traveling during the 1980 campaign, attended a rural church service. Their pew-side experience up to this point had mostly been at places like Bel Air Presbyterian, where during communion congregants treated themselves to individual circular wafers and drank wine out of small cups passed around on a tray. When communion began at the small Virginia church, Nancy Reagan was scandalized that people were all drinking from the same cup. Her aide, registering her panic, assured her that she could just dip the bread in the wine; frazzled, she dropped it in. Ronald Reagan — on autopilot, as if he were reading from a teleprompter — followed suit by confidently plopping his bread into the chalice, never comprehending his mistake, his face radiating piety as his wife and aide looked on mortified. After the final hymn he stood outside the chapel shaking hands and nodding with interest. Here was the President, “insufficiently briefed (or, as they say in the White House, ‘badly served’) on the wafer issue but moving ahead, stepping ‘into the sunlight,’ satisfied with his own and everyone else’s performance, apparently oblivious to (or inured to, or indifferent to) the crises being managed in his presence.”

“In the Realm of the Fisher King” acts as a sort of follow-up to Didion’s 1977 essay “Many Mansions” about the Reagans’ architectural exploits in California. She wrote there of the bland semi-suburban structure the Reagans built to replace the august downtown-Sacramento estate that had previously housed governors: “It is simply and rather astonishingly an enlarged version of a very common kind of California tract house, a monument not to colossal ego but to a weird absence of ego… mediocre and ‘open’ and as devoid of privacy or personal eccentricity as the lobby area in a Ramada Inn.” Her persistent observation of Reagan’s vacuousness is what differentiates Didion’s insight from the dominant strain of Reagan-administration critique. To vilify Reagan is to credit him perhaps too generously with engineering the policies of his administration, or engineering much of anything at all besides his own celebrity. By contrast, Didion’s Reagan is a key historical figure only insofar as he is a smokescreen, a diversion, a false protagonist. His primary purpose is to obscure the complex machinations that drive the plot, of which he is apprised but for which he is not intellectually responsible, operating as he does in a perpetual personal blank zone.

Didion has occasionally been accused of wanton cruelty, of insulting her subjects in ways that are, shall we say, “uncalled for.” In this case, as elsewhere, her evisceration of Reagan is not superfluously mean-spirited — instead it lays the groundwork for a nuanced understanding of his administrative tenure. Reagan-as-void is a necessary first step in the project of understanding what precisely occurred in the White House during those years (e.g. the emergence of privatization as a government cure-all, among other game-changers). When people were fixated on what they experienced as either Reagan’s reliable charm or his abject phoniness, White House staffers were concentrated on implementing a new political-economic structure, largely obscured from and uninteresting to the general public.

Didion suggests that the real character and legacy of the Reagan White House “had to do less with the absence at the center” — Reagan’s politically effective but ideologically hollow pageantry — “than with the amount of centrifugal energy this absence left spinning free at the edges.” Reagan was the Trojan horse in which a regiment of eager strategists hid, peering through its eye-holes as they wheeled it surreptitiously into the White House. The people at the helm had their sights set on a total overhaul of the relationship between state, government and capital. They were activists, people with a vision, steeped in emergent neoliberal economic theory and intent on revising the agenda. Meanwhile media technologies proliferated and the news cameras multiplied exponentially with each passing year, preoccupying Reagan with public relations, a job for which he was eerily well suited. Consequently “ardor, of a kind that only rarely survives a fully occupied Oval Office, flourished unchecked” in the halls of the Reagan White House.

The new White House “was one of considerable febrility.” Its staffers were self-styled mavericks, distinctly Western in their dress and demeanor, frontierist in their sense of possibility. They talked in loose code, adopting what Reagan speechwriter Peggy Noonan called the “clipped, laconic style of John Ford characters,” the likes of which Reagan had played onscreen. They were coarse, spirited, and driven. They worked around the clock and called a fight a “dustup” and refused to wear seatbelts on Air Force One. Didion understandably delights in these details.

Furthermore they were ideologues, “the children of an expanded middle class determined to tear down an established order and what they saw as its repressive liberal orthodoxies.” To be a moderate was to be a “squish” or a “weenie.” To gain admission the inner circle of the Reagan White House one had to prove one’s mettle. Specifically one had to demonstrate that one was a true apostle of the free market, not a passive civil servant but a vigorous advocate for the role of government in, above all else, fostering the conditions for the maximum accumulation of capital. (This included an active investment in conservative family values, the Western nuclear family emerging post-war as the most economically productive and effectively governable demographic unit in history.) Didion writes, aggregating Noonan’s observations:

“In the Realm of the Fisher King” is worth reading today for the way in which its characterization of the Reagan White House imagines the shift to neoliberalism (Didion never uses this word, but it’s clear this is the clandestine doctrine at hand) as something incontestably engineered. It was the intentional implementation of a plan that was conceived a few decades prior, its origins roughly traceable to the Chicago School in the U.S. and the Mont Pelerin Society in Europe, both of which emerged directly after World War II. The thinkers who formed these groups, chief among them Friedrich Hayek, rejected the “invisible hand” principle that defined classical liberalism from the Enlightenment through Fordism. The new intellectuals were advocates not of uniformly restrained government, but of selective government intervention — neoliberalism prefers a state that gets out of the way of the market when business is booming and pitches in to assist it (usually at the expense of the public sector) whenever an obstacle presents itself. Suddenly free market economists wanted to see an animated and energetic government, so long as that energy was ultimately harnessed in the interest of unconstrained economic growth. And so the capitalist economists, the young readers of Hayek who graduated college in the fifties and sixties and read Milton Friedman’s Newsweek columns throughout the seventies, set their sights on the White House.

Reagan’s “weird absence of ego” is precisely that which, according to Didion, allowed such robust activism to occur in the halls of government. Didion’s title refers to an Arthurian legend that tells of a king who is injured and cannot move, and so with his knights effectively running the kingdom, he idly sits near the lake by his castle and fishes. What makes him king, in the absence of his effective rule, is that he is the keeper of the Holy Grail — in this case, perhaps, a nameplate in the Oval Office. Reagan was an effective executive because he was generic, mechanical, his eyes eternally trained on the teleprompter. The general public emerged from the spectacular trance of the Reagan years to find that its government had undergone a total theoretical and practical renovation. It rationalized the change as a natural evolution in political-economic dynamics when really it had been a movement, a coup, an ingenious Trojan horse trick.